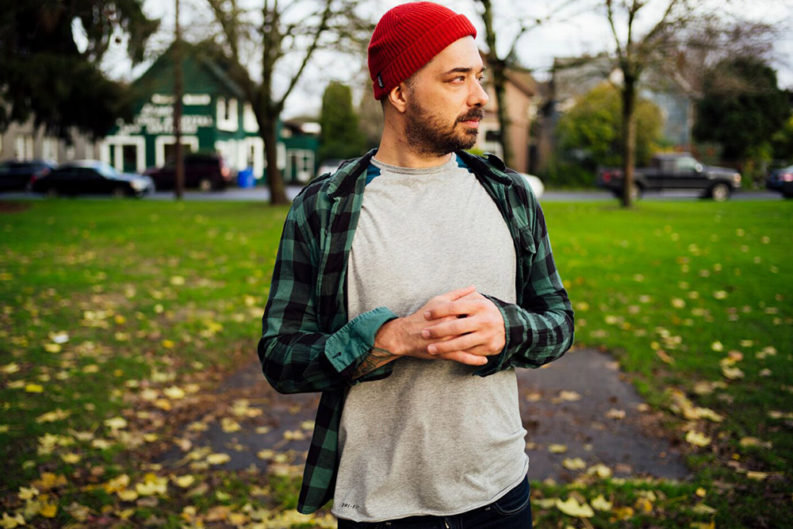 It’s been almost 20 years since Ian Bavitz, the rapper better known as Aesop Rock, released his debut album. Hip-hop is often thought of as a young man’s game, but with his latest album, this year’s The Impossible Kid, the New York-born and now Portland, Ore.-based emcee shows no sign of dropping the mic any time soon.

Aesop forged his sound in the early 2000s as part of Definitive Jux, the New York record label founded by rapper/producer El-P. During its ’00s heyday, Def Jux influenced a generation of “alternative” rap fans with forward-thinking releases by the likes of Cannibal Ox, Murs, and RJD2. Aesop’s first release on the label, 2001’s Labor Days, was a watershed moment not just in his own career, but also for hip-hop listeners who wanted more than just what major labels had to offer.

Since then, the rap landscape has fundamentally shifted, particularly for artists and audiences of the underground persuasion.

“The biggest change is the existence of the Internet,” Aesop says in an email interview. “I think it makes these phases of what’s hip come and go quicker. Information and music and influences are just getting shot around instantaneously, and I think it makes the sounds of the times evolve way faster.”

Aesop came of age in a distinctly physical era for outsider rap, a time when turntablism was still in practice and mixtapes were self-released CD-Rs. But rappers wanting to experiment with form today are lucky if their music ever makes it off Soundcloud.

Despite the pressures that changing technologies can put on musicians and culture creators, Aesop Rock’s own sound has maintained a freshness and consistency few rappers ever attain. He boasts a mammoth vocabulary, twisting words into impressionistic images that are often inscrutable but always indelible. But with The Impossible Kid, the style with which Aesop Rock delivers his stories has changed. His music has always been deeply personal, but this time, the narratives are a little more direct.

“It wasn’t really intentional, or something I even really considered until I started sharing the final product with people,” he says. “People will say, ‘This project sounds so much more blank than your previous work,’ and I’ll just say, really? I didn’t know! I never can tell what I’m doing. I just try to get it out of me.”

Aesop’s longevity as a rapper and recording artist likely owes something to his proclivity for collaboration. In the four years since his last solo album, 2012’s Skelethon, he’s cut albums with Kimya Dawson of the Moldy Peaches under the name the Uncluded, with Rob Sonic under the name Hail Mary Mallon, and with Homeboy Sandman as LICE. That’s without mentioning his long record of features and guest verses, which run the gamut from Rhymesayers labelmates Atmosphere to indie chamber-folk band the Mountain Goats.

Even as he leans more into collaboration, Aesop shows a growing need for autonomy and independence as a solo artist. He’s often made his own beats, for example, but The Impossible Kid is his first studio album that’s entirely self-produced.

“The collabs are more fun,” he says. “But finishing a solo record has a sense of accomplishment unlike any other. At some point I just got into the idea of making my solo albums truly solo endeavors. I like knowing that I combed every second of the work, from the lyrics to the production to picking the scratch sounds and all that. I can call it a solo album and really mean it.”

Despite the pressure to keep up with ever-changing industry trends, Aesop Rock’s disengagement from the hype cycle is part of what gives his music meaning. “[The Internet] makes it easy to get caught up in a moment or a phase, when really, the goal should be to make something that outlasts all of it,” he says. “At the end of the day, nothing will outlast a great beat with a great rhyme.”

Even then, it’s hard not to get lost in the thorniness of making music in the 21st century. As more about the way we create, deliver, and receive music changes, the more artists like Aesop Rock question and reflect on the value of their own work.

“I think the best way to not get too caught up in it is to keep my head down and work on my craft in a way that feels real to me,” he says. “How do I make my stuff matter? Why should people bother? Those are questions with no answers, but they can cripple your entire process. All I can do is what I do and hope it rises to the top.”