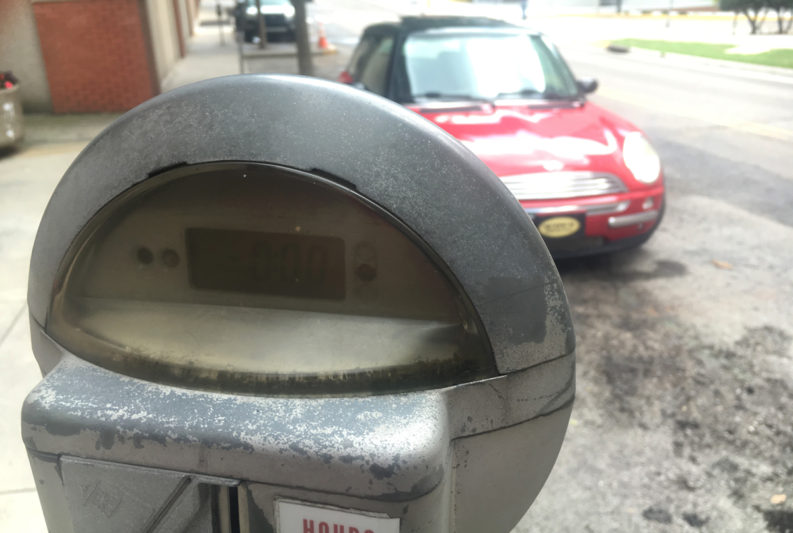 The glory days of Wild West parking downtown may be coming to an end. No longer will it be a safe bet to not sweat it when your meters runs a few minutes long, and if you’re thinking of feeding that one-hour meter all day while you clock in hours at work, you might reconsider.

Then again, soon you may no longer need to carry a roll of quarters just for a quick jaunt into the bank or corner store.

Starting July 1 the city of Knoxville is cracking down on downtown parking culprits, hiring more officers (through the Public Building Authority) to police meters, increasing rates for meter and some garages, and expanding parking meters to cover Saturdays instead of just during the work week–all in efforts to make the center city more pleasant for fossil-fuel-dependent visitors, officials say.

It’s also projected to boost the city’s revenue from parking meters five-fold, from $300,000 this past fiscal year to an estimated $1.5 million in FY 2016-2017, which also happens to start July 1. Money brought in from ticket citations is expected to remain flat at $225,000, according to figures provided by the city.

“That said, when the city factors in its total expenses for traffic enforcement and operating lots and garages, the overall revenue does not exceed expenses,” spokesman Eric Vreeland said in an email. “All revenue that the city will collect through the new meters and enforcement will get plowed back into downtown parking and amenities, but it’s not a money maker.”

Downtown and Fort Sanders will also see the addition of 1,000 new solar-powered parking meters capable of taking payment by credit or debit cards. The new meters, being installed over the next several months, will replace many aging, semi-functioning meters, but will also bring the pay-and-stay street parking system to a few new city blocks, including parts of Summit Hill Drive and Gay Street.

There are lots of changes going down in the next few days. Chief among them: