Knoxville Has an Interactive Map of Trees You Can Email! - The Knoxville Mercury 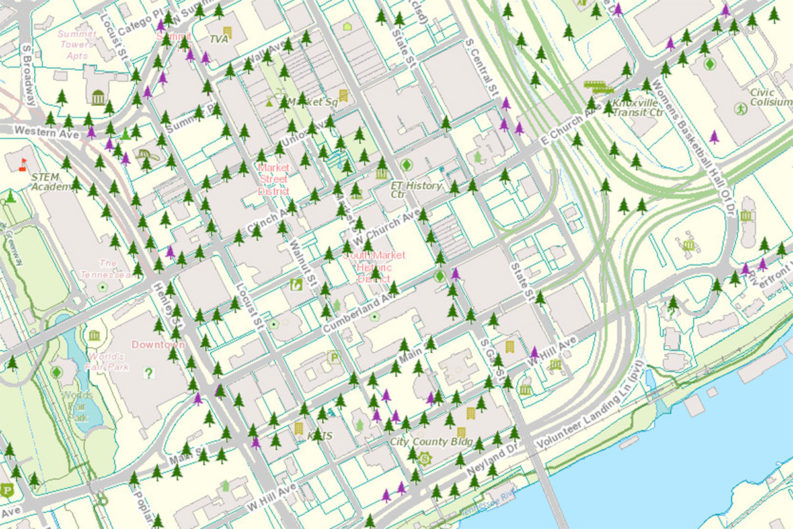 The closest tree to the Mercury office is a flowering dogwood. More specifically, it is of the cornus florida species, Tree ID – 838, and has a single trunk about 7 inches in diameter. How do we know such things, you may ask? Well, the city of Knoxville’s Office of Urban Forestry has been painstakingly inventorying all of its trees–those in public right-of-ways, in city parks, and along sidewalks and roadways–and has now added them to an interactive map that allows folks to look up any of the thousands of (public) trees throughout the city.

If you find one to like enough to communicate with (or one you disdain enough to send hate mail to) you can even email said tree through the new system!

We didn’t email Tree ID – 838, but we did send a note to Tree ID – 591. It’s a red maple that lives just off of Main Street near the City-County Building, rooted firmly between Tree ID – 590 and Tree ID – 592. In our letter we surmise that Tree ID – 591 has been getting a bunch of crap from Tree ID – 590. You see, when you’re a tree you can’t exactly choose your plot it life. You’re rooted next to your other tree neighbors, like it or not. But as a tree it’s important to remember that some insults are not insults at all but, in fact, are a simple testament to the job you do.

Calling a tree “shady,” for instance, is a perfect example. So we reminded Tree ID – 591 that Tree ID – 590 wasn’t really throwing insults, but instead was offering a compliment. “Keep it shady bro.”

So far the city has catalogued 10,726 trees that reside in city parks (portions of the parks that are manicured and maintained, at least) and tens of thousands more in areas the city has domain over. But the job’s not quite done yet. Urban Forester Kasey Krouse says that about 25 percent of those right-of-way trees still need to be tallied and catalogued, a job he hopes an ambitious intern can wrap up by summer’s end.

In all about 40 percent of this fair city is covered in trees–that’s all trees, public, private, and wild. In 2010, the most recent year such data is available for, that meant that 26,064 acres were covered by canopy. From 1997 to 2010 that percentage remained relatively unchanged, although the city did annex about 7 square miles of land and an unknown number of trees during the period.

Truth be told, though, you’re not actually emailing a tree when you send off that digital letter of encouragement. According to the auto-reply beamed to your inbox, those communications actually go to Krouse, the city’s urban forester. But we like to believe he still passes along the message. 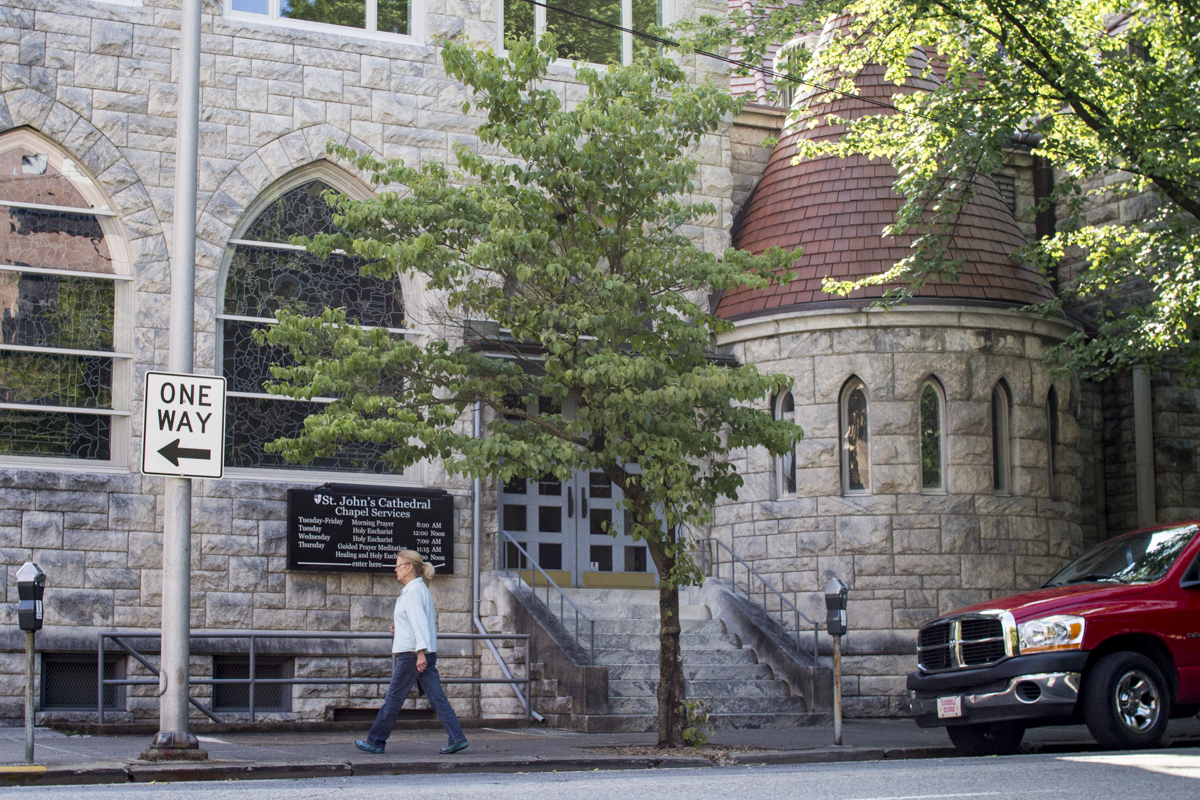