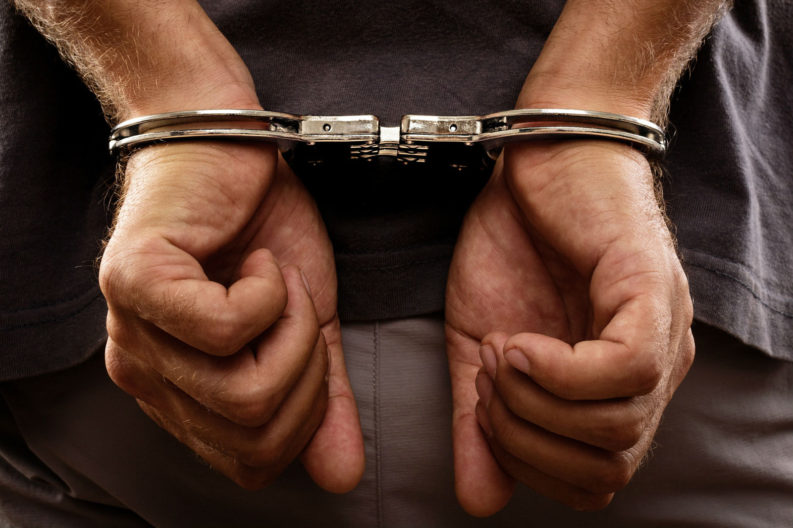 No letters. No in-person visits. And every call or message has a cost. Once you’re inside the Knox County Jail, those who are outside seem much farther away than a few feet of concrete.

These and other policies of the Knox County Sheriff’s Office will be the subject of a public meeting Thursday being held by the Knox County Incarceration Collective, a group of former inmates and family members who seek to improve conditions at the jail. They are critical of putting private companies in charge of inmate services.

The collective has invited local activists including representatives of Community Step-Up, Black Lives Matter, One Nation by Conviction, and others to attend the meeting and work as a coalition on these issues, says JT Taylor, who is helping facilitate the collective for the East Tennessee Peace and Justice Center.

“We should not be bringing another private partner into a prison,” Taylor says. “They’re making money off of exploiting people not having human contact with their loved ones. That’s what the problem is.”

Keep in mind that generally more than half of the inmates at the jail, the work release center, and the Roger D. Wilson Detention Facility have not actually been convicted of a crime. They have been charged and are awaiting hearings and trials, and may be found not guilty or see their charges dropped altogether.

The postcard policy – which for some time allowed only postcards to be sent in or out of the jail, rather than letters in envelopes – is the subject of an ongoing lawsuit filed in U.S. District Court against Knox County and Sheriff J.J. Jones by the non-profit Prison Legal News in October. For that reason, Sheriff’s Office communications director Martha Dooley says, the Sheriff’s office won’t speak about the mail policy. She referred questions to Knox County Law Director Bud Armstrong, who also declined to speak about it. Dooley has not returned phone calls seeking a copy of the policy.

Tina Sparks, a member of the Incarceration Collective whose late husband was an inmate years ago, called the postcard policy an “impersonal and degrading” invasion of privacy. In particular, the retired kindergarten teacher is horrified that children who can’t write cannot communicate with their jailed parent (because pictures aren’t allowed either).

“The children are already stressed and don’t understand, and this just adds to their feelings of distress — and that of course affects the inmates,” says Sparks. “That, to me, is one of the most heart-wrenching parts of the whole thing.”

Video visitation, which allows friends and family to talk with inmates via real-time video either from home or at kiosks in the jail, began in 2014 through a contract with Pay-Tel Communications. The job of providing that service — as well as the broader inmate management system, inmate electronic messaging, inmate banking and trust account management, inmate phone calls and electronic medical records – was outsourced in January to Texas-based Securus Technologies, which charges inmates for phone calls, messages, and video visits.

In response to pre-bid questions from Securus, the county indicated that during a one-year period between June 2014 to June 2015, residents at the three Knox County detention facilities participated in 16,632 on-site video “visits” (using kiosks provided at the jail facilities) and 3,927 had “remote video visits” in which family members connected online. (These require a high-speed connection, camera and mic function, which Sparks points out isn’t something a lot of these families have at home.) Those remote visits, which cost $6 each, generated about $23,500 in revenue.

The new contract with Securus also allows a $6 charge per 30-minute, pre-scheduled remote “visit,” or 20 cents a minute for this type of visit “on-demand.” (As before, visits at the jail kiosks are free.)

Sparks says the lack of in-person interaction with loved ones makes prisoners feel even more isolated. Prisoners access the system at stationary kiosks that aren’t private, she says, allowing friends and family to see other inmates in the background. “Do you want your 5-year-old or your grandmother to see all that?” she asks, saying that the setup discourages visits at all.

Taylor alleges that too few corrections officers are managing the lines at the visitation kiosks, creating a potential for violence.

Drew Krikau served 30 months in the jail between 2009 and 2014, just before the postcard and video visitation policies too effect. He says those changes would have left him much more depressed.

“A lot of people with mental and physical disabilities are really going to suffer not being able to be in contact with loved ones,” he says. Krikau says friends inside have told him the video connection is poor, causing dropped visits which must still be paid for. Only two 30-minute video visits are permitted a week (at $6 each), so losing half of one is not a minor loss.

When Josh Thornhill was in jail while awaiting trial four years ago, his older brother came to visit him. “It meant everything to see him in person,” Thornhill says. “When you’re inside you feel completely alone from the world. You have no breath of fresh air. You don’t know if you can trust people, if you can go to sleep. I saw fights, people doing drugs, guards jumping people having altercations. It’s like a constant level of threat.”

Members of the collective list a variety of injustices they say inmates experience at the jail, including tiny food portions, unreliable access to prescribed medicines, and rough treatment by correctional officers.

“The reason I joined the collective is I want to help people and show them they can get through it,” Thornhill says. When he was arrested he didn’t have a job or his own home; now he’s attending community college, working, and has a car.

The Mercury requested an interview or further information regarding the Knox County Sheriff’s Office video visitation policies and procedures, but Dooley declined to speak about them.

The public is invited to the collective’s special meeting about jail policies 6 p.m. Thursday at St. Luke’s Episcopal Church at 600 S. Chestnut St., but Taylor says there will be other chances for the public to get involved. The collective itself meets every Sunday at 2:30p.m. and every Friday at 5 p.m. at Borderland Tees (802 Sevier Ave.).