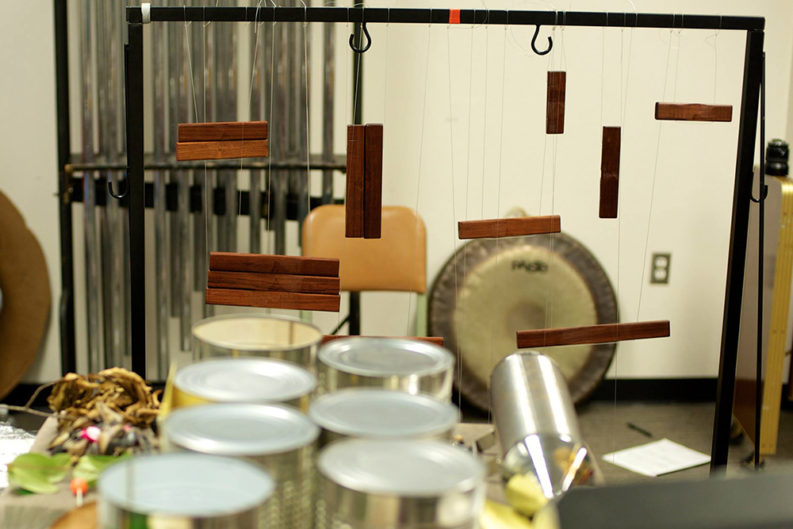 For two weeks earlier this month, Knoxville probably had more performances of contemporary classical music per capita than any city in the United States that isn’t New York. During the nief-norf Summer Festival, which ran from June 7-20 and featured three dozen performing fellows, 10 composers, and a program of eight concerts in five different venues, audiences were treated to some of the most rewarding (and sometimes difficult) music of the last 100 years—pieces from 20th century legends like Iannis Xenakis, Igor Stravinsky, and Morton Feldman as well as pillars of the emerging 21st-century canon like John Luther Adams, Caroline Shaw, and Michael Gordon. Performances ranged from intimate solo, duo, and trio pieces to chamber ensembles, big percussion groups, and indoor and outdoor sound installations; the sounds were challenging and absorbing, beautiful and provocative, mesmerizing and invigorating.

The nief-norf Summer Festival brings musicians, composers, and scholars from around the country to Knoxville every year for an immersion in the music of the 20th and 21st centuries—the kind of music that is only now beginning to find its way into the college curriculum and concert halls. nnSF was founded in 2011 by Andy Bliss, who is now the head of percussion studies at the University of Tennessee, and his colleague Kerry O’Brien, a musician and scholar now based in Seattle. (They had founded nief-norf in 2005 as a performing ensemble.) The festival moved to Knoxville in 2015 after four years at Furman University in South Carolina. Most of the action takes place on the UT campus, where the performing fellows, composers, and nief-norf faculty study and rehearse during daytime sessions.

In the festival’s second year here, though, Bliss and company proved decisively that it can be more than just an academic conference or a teaching retreat—this year’s concert performances, held at UT’s Natalie L. Haslam Music Center, the Square Room, Ijams Nature Center, the Emporium Center, and the Jackson Avenue Terminal, were an essential public expression of the festival’s mission.

The student performers delivered capable and energetic concerts: During a weeknight concert at the Square Room, the audience heard four chamber pieces, including Gordon’s hypnotic For Madeline, from 2009, and Charles Wuorinen’s brittle and jittery Arabia Felix, from 1973, all performed with verve and confidence. The closing marathon concert at the Jackson Terminal on Sunday, June 19, was an endurance test and a sampling of the wide variety of music covered by the festival. The converted railroad depot turned out to be an ideal room for the seven-hour session—spacious but not cavernous, acoustically warm without being stuffy. There were chamber pieces, group improvisations, and Feldman’s Why Patterns?, a sparse, 30-minute meditation for flute, percussion, and piano. Andrea Lodge and Chris Adler, nief-norf’s composition director, gave a thundering, festival-highlight piano four-hands rendition of the first part of Stravinsky’s The Rite of Spring just after O’Brien’s staging of Alvin Lucier’s Music on a Long Thin Wire, an installation made with a piece of wire, an amplifier, a sine wave oscillator, a magnet, and microphones.

Need more evidence that nief-norf is more than just a funny-sounding word? Next year’s festival will be held in conjunction with the International Music and Minimalism Conference, a prestigious biennial gathering of scholars from around the world.