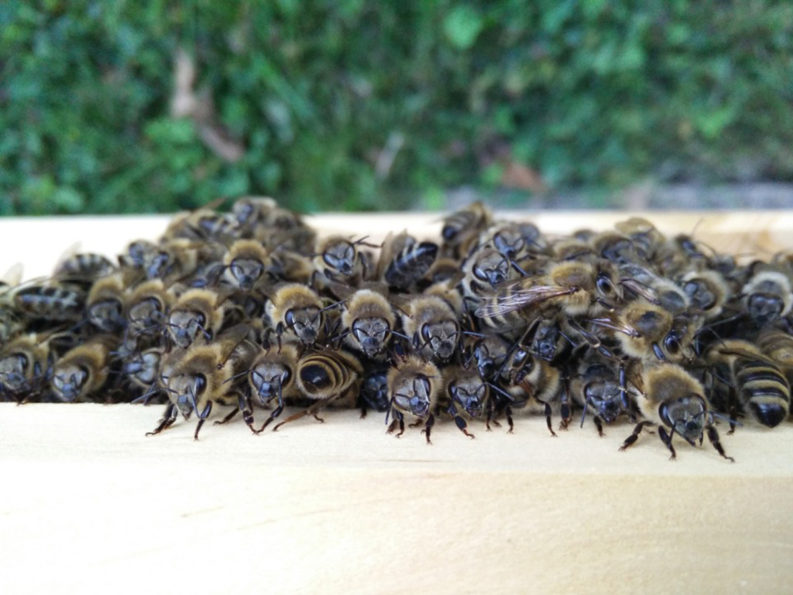 A local parent is suing Knox County Schools for $1.35 million, alleging a coach at Northwest Middle School presented her son for sex with another (now former) teacher, Serena Rae Milan. Milan faces 29 sex-related crimes in connection with the case. Both she and coach Sean Green are also named in the suit.

The more you know: Knoxville Mayor Madeline Rogero and her husband, Gene Monaco, have been avid beekeepers since 2004, a commonality that helped Rogero connect with some Chinese villagers on a recent trip to Beijing.

Also noted in the same News Sentinel report as Rogero’s bee escapades, a petition collecting signatures to get marijuana issues on local ballots fell short of the needed 16,000 signatures to make the cut. And the organizer does not plan to spark up another campaign anytime soon.

In this article about last weekend’s PrideFest parade, the News Sentinel offers more space to lone-protester (and County Commissioner District 9 candidate) Tom Pierce than anyone else. “This is all Satan,” pretty much sums up Pierce’s stance on the festivities. But PrideFest saw a record turnout none-the-less, including more than 700 people and 70 vehicles taking part in the parade. The Daily Beacon has photos!

The owner of a gun shop off Lovell Road says gun sales spiked by 75 percent in the wake of the mass shooting in Orlando, and applications for gun carry permit classes doubled. It’s the first major spike he’s seen in business since the tragedy at Sandy Hook Elementary.

An assessor is coming to town to evaluate the Knoxville Police Department Law Enforcement Training Academy and make sure it’s on the up-and-up. Said assessor is also interested in hearing from you about how KPD is doing as it relates to training standards set by the Commission on Accreditation for Law Enforcement Agencies, Inc. There’s a two-hour window you can call in comments on July 12, or you can make comments in writing before then. Check out this press release for more info.

Saving the hardest-hitting news for last, this local TV news station did a story about some bald guy’s tattoo.