What Do UT Professors Think About Guns Coming to Campus? - The Knoxville Mercury 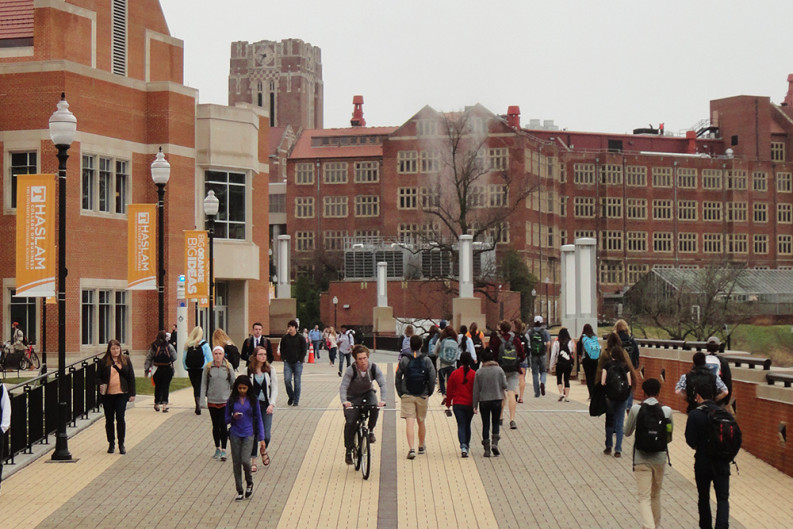 Next time you think about going ham on your English professor over that C- on your mid-term essay, keep in mind that he or she might have a gun within arm’s reach. Starting July 1 college professors in Tennessee can legally tote a firearm of choice to work with them, provided they have a valid concealed carry permit and alert campus police ahead of time.

The University of Tennessee today announced changes to its safety policy to comply with what is now Public Chapter 1061, the law permitting full-time employees to carry concealed handguns on campus starting next month. Campus police will open a registration process for hopeful heat-packing staffers starting June 20. However, employees will be barred from carrying a weapon into meetings about tenure or employee discipline. Other prohibited locations include stadiums, arenas, auditoriums, hospitals and medical offices, the Student Health Center, Veterinary Medical Center, Early Learning Center, and UT’s speech and hearing clinics, according to school officials.

The law does not allow students to carry weapons.

Bills supporting the the armed-to-lecture movement passed both the House of Representatives and the state Senate by wide margins in April. Gov. Bill Haslam last month allowed it to become law without his signature. While the provisions were largely supported by legislators, many college workers and some professional organizations have come out against it.

In the run up to the vote in April, the University of Tennessee Knoxville Faculty Senate launched a (completely unscientific) online poll to gauge the thoughts, feelings, and positions of fellow faculty members about guns on campus. In all, 736 professors responded—about 42 percent of the 1,758 faculty members working at UTK, according to a Faculty Senate report.

It’s worth noting that the poll didn’t talk about the then-pending legislation specifically, instead asking broad questions about guns on campus and not discerning between students with guns and teachers with guns. But the responses are telling, offering a candid glimpse into where some of the brightest minds in our community land on the issue. Here are some comments that stuck out. All comments were made anonymously:

“This is one of the most preposterous things that I’ve ever heard of with which to spend legislative time. I would submit that we have countless more important issues to tackle facing the future of our academic institutions. Law enforcement is trained for this. We are not.”

“I will strongly consider leaving UT if this bill passes.”

“I have always wanted to carry a double-barreled shotgun to class, but not if I have to conceal it.”

“Safety should be our key issue; if allowing guns to be carried by certified/licensed individuals provides a safer university/campus, then I support it.”

“In an environment where students/people are often observed and evaluated, feelings are often hurt. Having access to a weapon would only make the situation more volatile. I would fear for my life when arguments occur.”

“If this passes, expect an exodus-like event of your top scholars. We will take our grants, our doctoral students, ,and our CVs to another university. UT can say goodbye to its dreams of Top 25 ranking.”

“I am a professor and a hunter, who has used guns most of my life. They are great on the shooting range or in the field, but they have no place in schools or the workplace. I reject the NRA argument that having guns in public places makes us safer. There is no data to support this.”

“The questions of this poll were purposely chosen to appear to ask us about the Tennessee law being proposed, but actually to lean the person toward the desired No-Yes-No result. This is dishonest polling; whoever designed the questions is guilty of pulling a deceitful bait and switch. I answered the question in terms of the wording of the law itself, i.e., applied to faulty and staff who had lawful carry permits. Shame.”