A Few Stories of Knoxville Fathers - The Knoxville Mercury 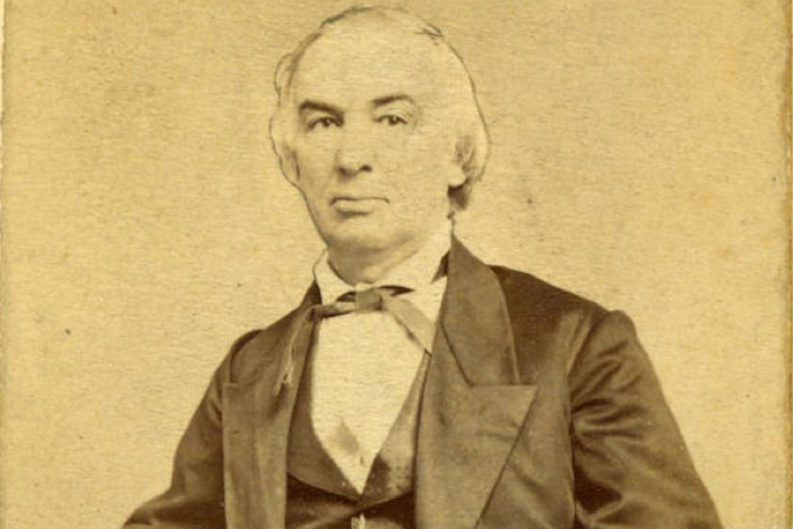 By some accounts, the national holiday of Father’s Day was prompted by the Monongah mining disaster of 1907, which killed more than 360 men, most of them fathers. There was an attempt to start a Father’s Day there in 1908, but the holiday didn’t become nationally known until much later.

Knoxville was celebrating Father’s Day by 1924, when Watson’s on Market Square ran a newspaper advertisement headed, “Buy Dad a TIE for Father’s Day.”

Father’s Day evokes lots of memories of interesting Knoxville fathers. Knoxville was founded in 1791 by the authority of the Father of our Country, President George Washington. It was the territorial capital, administered by the War Department.

Knoxville’s most famous literary work is James Agee’s Pulitzer-winning novel, A Death in the Family. It was about the 1916 death of his own father, whose name was also James Agee. The author, who became famous in his lifetime mainly as a journalist, was only 6 when his father was killed in a car accident on Clinton Pike, one century ago last month.

Agee was not the only Knoxville author to write a memorable story about a father’s death. Frontier humorist George Washington Harris, sometimes recalled as a founder of the Southern Gothic style, wrote an irreverent story called “Well! Dad’s Dead.” Including a bizarre slapstick description of the burial of protagonist Sut Lovingood’s father, it first appeared in the Knoxville Press & Messenger in 1868.

Sometimes fate goes the other way, and a father is called upon to memorialize children who died too young. Father Charles McClung McGhee, a wealthy railroad magnate, memorialized his daughter, Lawson McGhee, in the name of the public library he established in 1885. It still bears her name today.

The Knoxville airport is also a memorial by parents to a child who died young. McGhee Tyson was a nephew that Lawson McGhee didn’t live to meet. Though known in Knoxville mainly as a golfer, he was a Navy airman lost in the North Sea in the final weeks of World War I. When he was missing, his father, Brig. Gen. Lawrence Davis Tyson, who had been commanding troops at the front, was excused from active duty to search for his son. According to reports, it was Gen. Tyson himself who, rowing among the inlets of Scotland, discovered his son’s body. He and his wife, Bettie, chose to memorialize their son with the gift of a park to the city of Knoxville, under the condition that the city airport always be named for their son.

Playwright Tennessee Williams had a troubled relationship with his own father. The writer was gay, a fact that his troubled father Cornelius, who was a member of a prominent old Knoxville family. When Cornelius died in Knoxville in 1957, the playwright attended the funeral and burial at Old Gray. Many years later, he described that event and his relationship with his father in an essay called “The Man in the Overstuffed Chair.”

When he was first elected mayor in 1854, James Churchwell Luttrell (1813-1878) started a family tradition. He was elected again in 1859, and served for eight years, throughout the Civil War and afterward, as one of the longest-termed mayors to that time. Later, both of his sons became mayor: Samuel B. Luttrell in 1879 and the younger James C. Luttrell in 1885.

James White, the early settler regarded as the father of Knoxville, is the source of the name of a parkway and of the reconstructed “fort” along its path. His son, though, was much more famous nationally. Hugh Lawson White was a U.S. senator, onetime president pro tempore of the Senate, and significant candidate for president in 1836.

When Congressman Leonidas Houk died accidentally after swallowing arsenic in a downtown drugstore in 1891, his son, attorney John C. Houk (who, like his father, wore a mustache) succeeded him.

Featured Photo: Col. James Churchwell Luttrell (1813-1878) was one of Knoxville’s most durable mayors of the 19th century, with an administration that covered the Civil War era. But he was also the father of two other mayors, Samuel B. Luttrell (1844-1933), and James C. Luttrell, Jr. (1841-1914). Image courtesy of Calvin M. McClung Historical Collection.