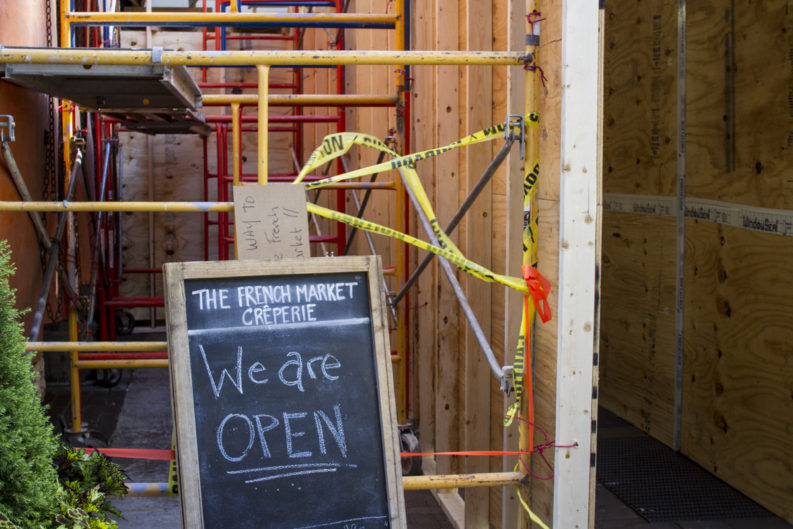 The owner of the former Farragut Hotel building on Gay Street has filed multiple complaints against its tenant, the French Market, amid efforts to redevelop the nearly 100-year-old building into a 165-room Hyatt Place hotel.

French Market co-owner Allen Tate has alleged that developer and building owner Rick Dover, of Dover Development, has been actively trying to force his business from the space it’s occupied since 2008. Tate’s list of perceived slights is pretty long, as we reported yesterday. Central to those were allegations that Dover had filed complaints against the restaurant with county health officials, the city fire marshal’s office, and its building code inspection division.

Records obtained by the Mercury through a Tennessee Public Records Act request made Tuesday show that Dover Development filed at least two separate complaints against the French Market in mid-May.

Update 3:52 p.m.: City of Knoxville spokesman Eric Vreeland says that Jack Shode, a building superintendent for Dover Development, made a verbal complaint with the city’s Office of Plans Review and Inspections yesterday afternoon over alleged building code violations at the French Market downtown. City code inspectors investigated today and expect a report to be issued by Monday afternoon.

A 23-page complaint typed on Dover Development letterhead was submitted to the Knox County Health Department detailing 12 alleged health violations at the property. The complaint was made just two days after health inspectors paid a routine visit to the restaurant, giving it a near perfect health score of 99. A follow-up inspection in response to the complaint about a week later noted no serious violations or health issues, but did include a few suggestions for the restaurant, according to the inspection report.

A separate 27-page, 13-count complaint addressed to the city of Knoxville Fire Marshal’s Office was also obtained by the Mercury as a result of a records request filed with the Knox County Health Department. Knoxville Fire Prevention Specialist David Bokenkamp said yesterday that his office had no record of a complaint, but that fire inspectors had conducted a routine inspection on June 1. The fire inspection noted a series of minor violations and corrective actions to be taken within three weeks. (The complaint to the fire marshal’s office was also sent to the health department. We have a call in to the fire marshal’s office seeking clarification.)

Dover previously never confirmed or denied having filed complaints when asked specifically about those allegations, saying that he had asked officials for “rulings on a number of things throughout the building, and that includes the French Market space as well.” However, records show that these complaints were aimed squarely at the French Market restaurant and not the property as a whole.

Update 2:52 p.m.: Dover said today that the complaints were made by building supervisor Jack Shrode as part of routine renovation work. “He’s just doing his job,” Dover says. “Please keep in mind that we’re doing a major renovation to a historic building–to the tune of $20-plus-million–and I’m not interested in spending that amount of money and doing 99 percent [of needed renovation work] while someone else has egregious code violations in the same building. French Market occupies 1/200th of the building, but that doesn’t exempt them from code. I’m not going to have somebody staying in a hotel with a fire hazard down stairs, or a health hazard, or any hazard.”

The emails sent to county health, authored by Dover Development Senior Construction Manager Jack Shrode, with Rick Dover copied on the correspondence, say the company is concerned about the potential impacts the alleged restaurant violations could have on final engineering approval for the building. “We are very reluctant to proceed with the final engineering when the potential of major re-work could be looming due to violations,” Shrode wrote.

Earlier this week, French Market co-owner Allen Tate said he felt Dover’s tactics were “typical landlord intimidation.” He’s also concerned about a gigantic plywood wall constructed in front of the store this week that limits visibility and access to the restaurant, requiring customers to enter through a sort of tunnel. Dover has said the wooden covering is necessary as workers repair terra cotta tiles on the face of the building. He expects it to come down in about three weeks.

Dover Development and White Lodging announced plans in April to convert the long-abandoned Farragut Hotel building into a Hyatt Place hotel. Dover says there will be a Starbucks in its lobby. The city’s industrial development board approved a 25-year payment in lieu of taxes (PILOT) agreement that could save the developer $7.29 million. Dover says he hopes renovation work, totaling about $20 million, will be completed by spring 2017. 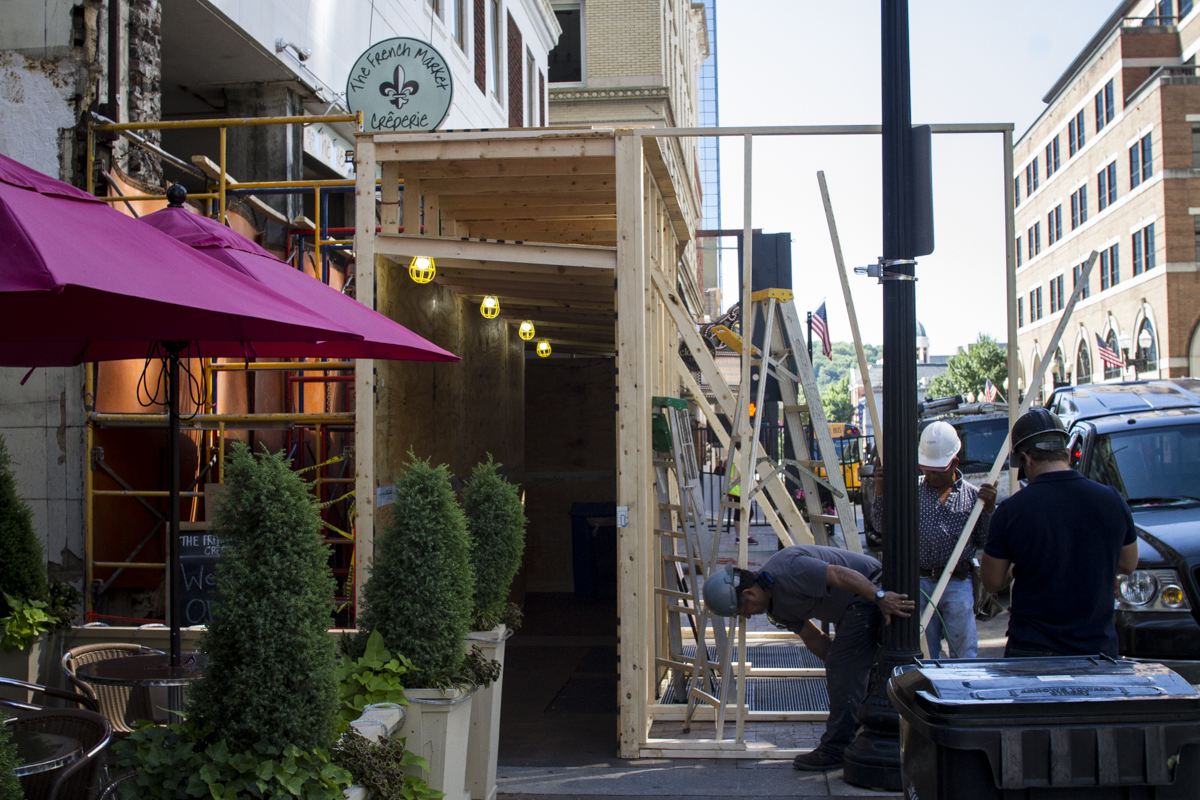