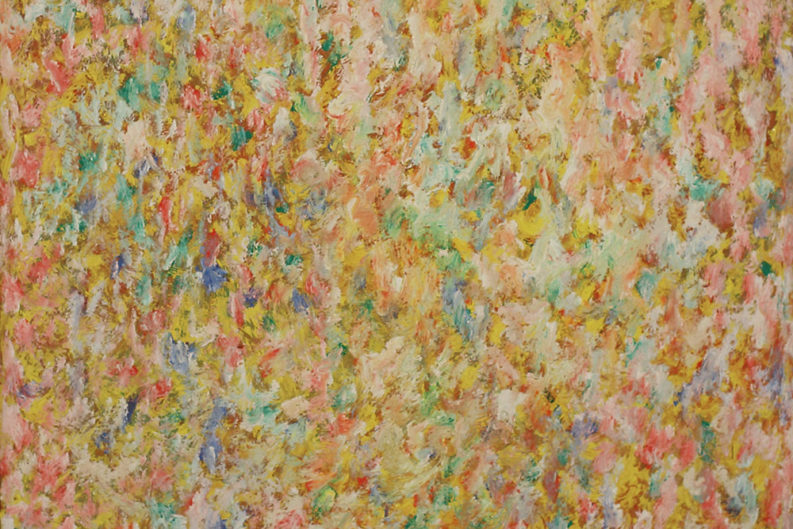 Beauford Delaney left Knoxville in 1924, when he was 23. He went to Boston, then New York, and finally to Paris, where he lived from the early 1950s until his death in 1979. Along the way, he became one of the leading American abstract artists of the 20th century and cultivated connections to the Harlem Renaissance, the abstract expressionist movement, and the black expatriate community in Europe that included James Baldwin, Ralph Ellison, and Richard Wright.

Despite his accomplishments and his reputation among collectors, critics, and curators—his oil paintings on canvas regularly sell for tens of thousands of dollars at auction—Delaney’s legacy has been almost invisible in his hometown. The house he grew up in was demolished during the 1960s, and only recently did the Knoxville Museum of Art acquire its first paintings by Delaney. (The museum has acquired a dozen or so works in the last couple of years, including the 1964 oil painting “Scattered Light.” That piece now hangs in KMA’s Higher Ground: A Century of the Arts in East Tennessee exhibit, next to a painting by Delaney’s brother Joseph, also an accomplished painter.)

That could all change soon—KMA, the Beck Cultural Exchange Center, and the East Tennessee History Center have teamed up on what they’re calling the Beauford Delaney Project, a long-term effort to recognize Delaney and his art in Knoxville. KMA curator Stephen Wicks and Beck president Renee Kesler talked about the plan at a reception at the Beck Center on Thursday, June 2.

“Beauford Delaney is one of my favorite artists who ever lived,” Wicks told the crowd of 100 people, which included elected officials, board members from KMA and the Beck Center, and arts supporters. “It just so happens that he was born in Knoxville. He was one of the greatest abstract painters of the 20th century—that’s a rarefied list—and he’s still virtually unknown in his hometown.”

Wicks and representatives of Delaney’s estate have been in negotiations for several years. In the last few months, they’ve agreed on specific goals: to move the contents of the estate into a secure environment at the museum; to make works from the estate publicly accessible; to select paintings to be earmarked for purchase by KMA; and to keep Delaney’s archival material (letters, notebooks, sketches) in regional institutions. Wicks also wants to bring a recent Paris exhibit of Delaney works in private collections to Knoxville, set up historical markers at local landmarks, and organize an international academic conference dedicated to Delaney.