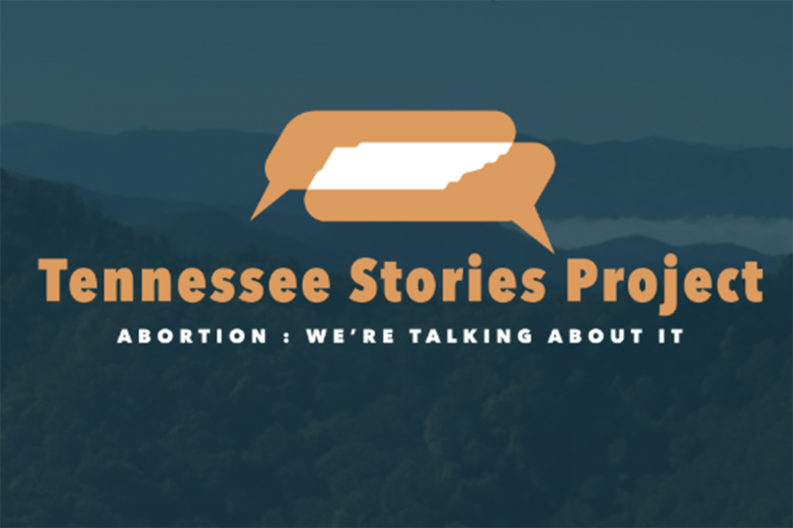 Who tells your story? Is the main character a hero? A villain? A victim?

The most powerful, best-told stories come to define our values as a culture. (Witness Jesus and Muhammad, great storytellers with compelling personal stories.)

Supporters of abortion rights in Tennessee are taking a new approach to assume control of the narrative. They want women who have had an abortion to help remove its stigma, and challenge stereotypes about it, by telling their own stories.

Planned Parenthood of Middle and East Tennessee will hold an event Thursday at the Arnstein Jewish Community Center to promote the Tennessee Stories Project, an initiative that gives women an online platform to share their stories. The press conference, which will include women telling their personal abortion experiences, will be followed by a free screening of the documentary Trapped, a Kickstarter-funded film following clinic workers and attorneys trying to protect abortion rights from legislative onslaught.

The Tennessee Stories Project, an initiative of Planned Parenthood of Middle and East Tennessee and Planned Parenthood of Greater Memphis, aims to challenge the “dominant voices” in the abortion conversation. Tori Mills, external affairs manager for Planned Parenthood in Knoxville, says this has been a narrative that tends to either shame and intimidate women who have abortions, or portray them as weak victims who shouldn’t be allowed to make choices for themselves.

Mills says the need to change this perception became clear in 2014 after the Amendment 1 abortion measure passed, giving the state Legislature more legal power to restrict and regulate abortions. (Voters in Knoxville and the state’s other largest cities opposed the measure, but it squeaked by with rural support.)

“We lost this huge fight, and we got together with other people in the area to talk about: What’s next? We really don’t feel like we’ve changed the conversation around abortion in Tennessee,” Mills says. The Tennessee Stories Project emerged in Knoxville from those conversations, and gained partners such as the Knoxville Center for Reproductive Health, the Religious Coalition for Reproductive Choice, and Healthy & Free Tennessee.

“It’s time to hear from real people who these laws impact,” Mills says. “In a lot of conservative states, there’s even more secrecy and shame around it. We felt like there was some power in having a project to say, ‘These folks live in Tennessee. These are your neighbors.’”

About 25 stories have been posted on the website so far, representing women from an array of ages and backgrounds. They had abortions over the last 60 years, at ages from teens to 40s, for a variety of reasons. For most, the decision was fairly straightforward, and none express regret about their decisions (although they may regret the actions that led them to become pregnant).

“I wanted to tell my story so that people who are in the position that I was in three or four years ago would know that it doesn’t have to define you and it’s not the end of the world,” writes Savannah, of East Tennessee. She was 16 when she got pregnant with an abusive boyfriend while living away from home after her parents’ divorce. (The women do not give their full names, but many provide their pictures.)

Mills says the first stories were mostly contributed by friends and family of people associated with Planned Parenthood and its partners, but any woman can submit and share her personal story online, regardless of whether it is mostly positive or negative. Mills says many stories have been submitted from rural areas of the state this way.

According to the project, one in three American women will have an abortion during her lifetime. (This statistic is a bit outdated, as abortion rates nationally have been falling since the 1990s, but a 2011 study published in Obstetrics & Gynecology calculated that about 30 percent of women will have an abortion by age 45.) The Tennessee Stories seeks to “normalize” the choice so that politicians have less support for restricting abortion access.

“We strongly reject the premise that abortion is morally wrong or socially unacceptable,” states the tnstories.org website.

The abortion fight, always contentious, is likely to heat up further in the next few weeks, when the U.S. Supreme Court is due to rule on the extent of restrictions a state can place on abortion clinics and doctors. (However, with only eight justices since the death of conservative Antonin Scalia, it’s possible a majority won’t agree, allowing a lower court’s ruling to stand. That would set a precedent allowing Texas to all but ban abortions through clinic restrictions.)

“This is a timely project because regardless of how that decision comes down, there’s going to be a fight,” Mills says.