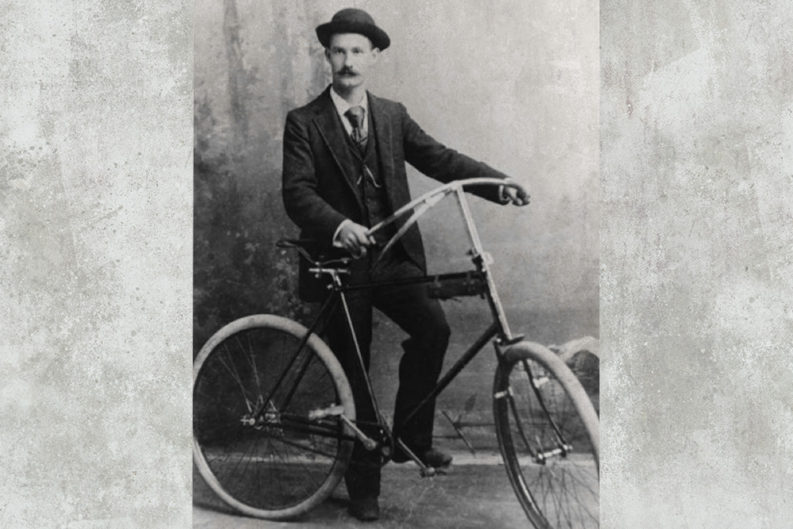 June 1 is officially Tennessee Statehood Day, the day in 1796 that U.S. Congress, under the administration of President George Washington, ratified the new state of Tennessee, approving the state constitution completed on Feb. 6 of that year in Knoxville, by delegates from across the state, after three weeks of argument and discussion. There’s evidence that Feb. 6 was recognized as Statehood Day early in Tennessee’s history, but we now celebrate Congress’s approval of the proposal, when the weather is often better, anyway.

This weekend, on June 4, the Historic Homes of Knoxville will celebrate the 220th anniversary of that official nod from Washington. Each of seven historic residences will be free to the public between 11 a.m. and 3 p.m. Among them are four sites associated with the era of statehood. Blount Mansion is the region’s oldest frame house; as home of the territorial governor William Blount, who presided over the statehood convention, the old home is believed to have been where constitutional documents were drafted in 1796. James White’s Fort is a reconstruction of the fortified home of Knoxville’s founder, using logs from his original 1786 cabin. Marble Springs is a compound of historic cabins at the South Knox country home of Tennessee’s first governor, John Sevier. And Ramsey House, the unusual stone home of Pennsylvania-born settler Francis Alexander Ramsey in the Forks of the River area, was built in the first year of statehood. Others joining the party include Crescent Bend, the 1834 riverfront home of Drury Paine Armstrong on Kingston Pike; the Mabry Hazen House, the well-preserved antebellum home of Joseph Mabry, founder of Market Square; and Historic Westwood, the unique 1890 Victorian designed for artist Adelia Lutz. Each host organization will interpret Tennessee’s birthday in its own way.

This weekend is Visit Knoxville’s Bike Boat Bark & Brew event, celebrating several of summer’s joys. All of them have historic backgrounds:

– Knoxville has been bicycling since the first velocipedes began showing up for sale on Market Square in the late 1860s. By the 1890s, it was a full-grown fad. One of the city’s first big bike races, in 1894, was named for a bicyclist shop on East Vine Street: The Biddle Bicycle Race traced a five-mile route from downtown to Fountain City, along Broadway. Bikes have been around much longer than cars. In fact, around 1899, bicycle mechanic Cowan Rodgers used Biddle’s shop to assemble Knoxville’s first automobile.

– Boats have an even longer story. Many of Knoxville’s earliest settlers of the 1780s reached the area by flatboat from the Holston, which originates in Virginia, or the French Broad, which originates in North Carolina. Steamboats first reached Knoxville in 1826, and recreational steamboat trips, often with on-board musical entertainment or a picnic destination, were popular by the 1850s. Moonlight cruises, often to Lyons Bend and back, had a special appeal. Gamblers sometimes used riverboats to escape city restrictions.

– The city’s founding was likely accompanied by some barking. Dogs probably accompanied the first settlers, and Knoxville’s regard for dogs is reflected in the fact that Knoxvillians founded a Humane Society in 1885, rather early in the history of that movement. It’s now known as the Humane Society of the Tennessee Valley.

– Knoxville has hosted commercial breweries since the 1860s, when the Union Brewery opened along Second Creek, in the northwestern part of what’s now World’s Fair Park. Several years later, the Knoxville Brewing Company built a large industrial brewery at the corner of McGhee and Chamberlain, just up Second Creek from the Union Brewery. It stayed in business until after statewide prohibition went into effect in 1909.

As part of the festival, on Saturday, June 4, at 1 p.m., Jack Neely of the Knoxville History Project will host a walking tour tracing the route of the Knox Area Transit’s new downtown trolley route, with stories about Knoxville’s history. [NOTE CORRECTION.]

The Knoxville area played a major role in World War II, some of which was remembered this week on Memorial Day. On June 15, authors Dewaine Speaks and Ray Clift will offer a Brown Bag Lecture on the subject “East Tennessee in World War II,” emphasizing the major contributions of the home front, including several Knoxville-area industries which manufactured weapons, airplane parts, and nuclear material for the Allied cause in history’s most momentous war. The talk is at noon at the East Tennessee History Center, at Gay Street and Clinch.