Single Minded: Digging Through the TAMIS Crates for Rare 45s - The Knoxville Mercury 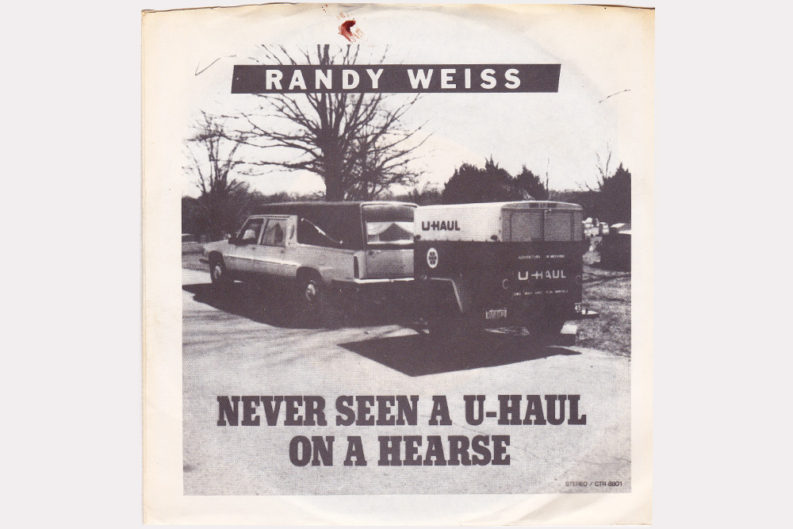 There are thousands of records at the Tennessee Archive of Moving Image and Sound. We acquire them in a variety of ways: Many are donated in bulk as collections; some are passed off individually; and, of course, there’s always thrift store- and estate sale-hunting. Any Knoxville or East Tennessee connection makes a record desirable, and we also look for records on obscure labels from small towns throughout the state. (We have to be a bit selective about Nashville records, though. There’s not enough room in the entire East Tennessee History Center to hold everything that’s come out of Music City.)

Honestly, it’s hard to find the time to listen to them all, so some get shelved now and heard later. Records with odd sleeves, titles, labels, or artist names often get listened to first. Vanity records, too, always merit a listen. These are some of the rarest records out there—we’re unlikely to ever come across another copy, and once a little digging is done, it becomes even more apparent how unique these records are. Here are a few 7-inch singles we’ve recently spun.

Randy Weiss
“Never Seen a U-Haul on a Hearse”/“Jesus Is Lord” (Crosstalkin’ Records)
Of course it was the title and sleeve photo that made me want to hear this mid-1980s record. The lyrics are about what you’d expect, a warning that you can’t take it with you, but the music is a surprisingly tight country-funk shuffle punctuated by soulful Mickey Raphael-like harmonica. The B-side is a fairly standard praise ballad, but the back sleeve implores, “Please Don’t Call This the FLIPSIDE,” citing the song’s importance to people in nations behind the Iron Curtain. (“8,000 Bulgarians sang this song in one of the largest Christian gatherings in Modern History.”) It was released by Weiss’ own Crosstalkin’ Records (get it?), who also released Weiss’s album Munchy Manna Spirit Flakes. From such humble beginnings Weiss built Crosstalk International, an organization focused on teaching the Jewish origins of Christianity, and which now produces radio and television programs, and operates a leper clinic in India. He still performs—his latest album is Plantin’ Rocks.

Jim Mundy
“Hurting All the Time”/“Colorblind” (Hickory Records)
Jim Mundy had a respectable, if brief, country music career in the 1970s, recording for ABC Records and charting a few times. Before that, though, he recorded several singles, including this one, for Acuff-Rose independent label Hickory Records. Released in 1969, “Colorblind” is a song about a man who prays to make sense of all the turmoil and unrest in the world and is informed that the Lord is colorblind. It’s not exactly “Mississippi Goddamn,” but for a 1969 country song, it’s fairly progressive. (Mundy also recorded a version of “Bo Diddley” for Hickory.)

Five years later, however, Mundy would release a cover of Merle Haggard’s “I’m a White Boy”—a lament about a “white boy” who can’t get a fair shake in this country anymore, but who still won’t take a handout, that includes the line “I’m proud and white.” The contradiction echoes Haggard’s own peculiar decision to release the original version just five years after “Irma Jackson,” his hit about an interracial romance.

What was going on with these guys in the 1970s? The familiar argument that Haggard was being ironic in “I’m a White Boy” and his other conservative-leaning songs, like “Okie From Muskogee” and “The Fightin’ Side of Me,” doesn’t have much sway anymore. What was the appeal of “White Boy” to two men who a few years earlier had stood apart from their peers by releasing anti-racist songs? Commercial pressure or a change of heart? Did they end up finding the Black Power movement threatening? Or maybe Mundy thought that since the Lord has the colorblind thing covered we don’t have to worry about it so much down here?

The A-side is a decent lost-love heartache tune that recalls Tom T. Hall a bit.

Azalea Westphal
“Four Walls”/“My Heart Is Lonely Tonight” (Westphal Records)
Issued on Westphal Records, this record is a bit of a mystery—the only information on the label is the artist’s name, the song titles and running time, and the catalog number, WR-001. The Internet is offering zilch, so I have no idea where this was recorded, but it’s a country record that looks to have been issued in the 1970s. It’s a perfect example of a self-released vanity record. Azalea Westphal does not have the most traditionally pleasing voice—she can’t really carry a tune, if we’re being honest—but she obviously felt some need to issue her take on Jim Reeves’ “Four Walls.” More interesting is the B-side, “My Heart Is Lonely Tonight,” whose very title lets you know it will cover the same emotional ground as “Four Walls.” She’s pining for someone who’s been called away for a year, though it’s never revealed who has called him or why.

A search on Ancestry.com turns up an Azalea Westphal who died in Tupelo, Miss., in 1985, and was buried in Fort Leavenworth National Cemetery, as the wife of Lt. Col. John Peter Westphal, who served in World War II, Korea, and Vietnam. So it’s possible she recorded this as a gift to her husband, who might have been stationed in Vietnam at the time. A daughter died in 1970, at the age of 20, which must have made Azalea feel even lonelier.

Vanity records are easy to make fun of, and there are plenty of writers, bloggers, and record store clerks who do just that. But occasionally it’s good to take a step back and consider the people behind the recordings and imagine what events and passions in their lives led them to commit their voices to vinyl.