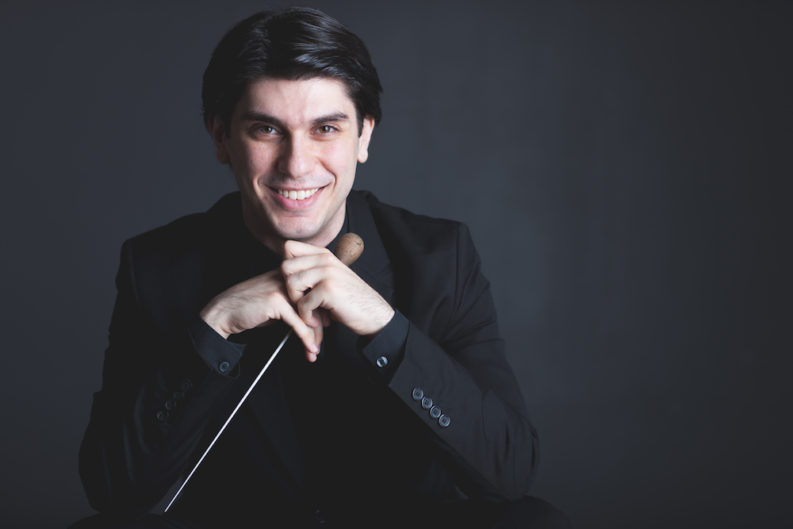 The Knoxville Symphony Orchestra picked youth over just about everything else earlier this week when Aram Demirjian was named as KSO’s music director, ending a year-long search that began with the resignation of Lucas Richman at the end of the 2014-15 season. Demirjian, 29, grew up in Boston and studied at the New England Conservatory there; he has spent the last four years as associate conductor of the Kansas City Symphony.

“Orchestra music is about community, it’s about unity, and communication, it’s about many, many people all working extremely hard together as individuals to create something harmonious,” Demirjian said during a press conference for the announcement at the Tennessee Theatre on Tuesday afternoon.

Demirjian was one of nine finalists for the job. He served as guest conductor at KSO’s January Masterworks Series concerts, leading the orchestra through a program he selected himself—works by John Adams, György Ligeti, and Max Bruch and Beethoven’s Seventh Symphony. Mercury critic Alan Sherrod praised the “controlled wildness” of the orchestra under Demirjian’s direction in the Beethoven symphony. In his review, Sherrod wrote that Demirjian “made a compelling case for his candidacy” with his performance and “scored high marks for choosing a compelling and diverse program.”

Keep an eye on Demirjian’s programming—his youth and his January program for his KSO audition suggest he might make interesting choices. So does his previous job in Kansas City—in 2007, New Yorker classical music critic Alex Ross cited KCS and four other orchestras outside major metropolitan areas for “imaginative programming.”