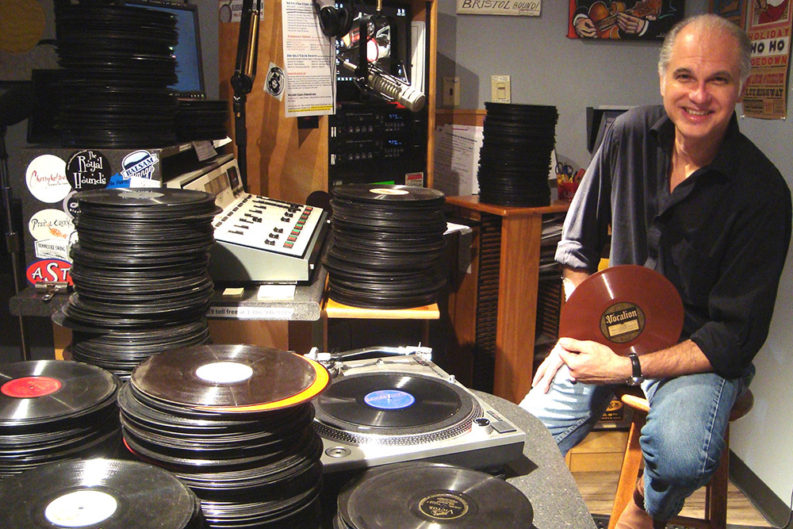 The Knoxville Stomp Festival of Lost Music took place two weeks ago, and maybe you’re tired of hearing about it, but this is a biweekly column, so I hope you’ll indulge me as I make a few observations.

The festival (organized by the Knox County Public Library) was launched to celebrate the release of a four-CD set of recordings made at the St. James Hotel in downtown Knoxville in 1929 and 1930. During the weekend, much was said about the research that went into the book that accompanied the set and how much was left to be discovered. A few new connections were made when the grandson of session artist Hugh Ballard Cross appeared—he had seen a WBIR piece about the event and recognized a picture of his grandfather. He was introduced during a panel and spoke, and though we learned more about his courtship with his wife than about his grandfather, we have his contact information and will follow up.

There was also a record show, where TAMIS acquired a singular acetate recording by Maynard Baird, probably the most popular musician in Knoxville during the 1920s. Baird and his jazz band recorded several tunes at the sessions; this 1950s-era acetate finds him still going strong on a tune by Bert Hodgson.

The Knoxville Stomp was, in some respects, a niche event. Though most of the participants’ names wouldn’t be recognized by many, they’re some of the most respected names within the world of popular-music scholarship and roots music. If there was a celebrity’s celebrity for this group, it was Candie Carawan, who attended a lot of the events. Musicians and speakers sought her out to chat and reminisce; one was Dom Flemons, who remembered time he spent with her and her husband, Guy. Author Elijah Wald stopped her to tell her he had a significant section on Guy in his new book about Bob Dylan’s appearances at the Newport Folk Festival.

The four-day event drew people from all over the world—England, Scotland, Germany, and Japan. A local expat Frenchman said he was making his friends back home jealous with text messages about what was happening throughout the weekend. He said they would definitely attend if it happened next year. In fact, everyone who spoke with us wants it to happen again. We’ll see.

This whole thing started 85 years ago, of course, with the actual recordings, but Bradley Reeves has done a significant part in keeping interest in the Knoxville sessions alive. Reeves founded the Tennessee Archive of Moving Image and Sound with his wife, Louisa Trott, in 2005. It started as a stand-alone nonprofit, operated by Reeves and Trott out their Bearden apartment; after a few years, the archive moved into the East Tennessee History Center, where it found a partnership with Steve Cotham and the McClung Collection. In 2013 TAMIS became part of the Knox County Public Library.

If you’re reading this, you’re probably somewhat familiar with TAMIS and what we do. We post pictures, films, and occasionally music online, to give people a sense of what we have, but that’s just scratching the surface. TAMIS has thousands of reels of home movies originating from East Tennessee, as well as locally made films and television programs on film and video. Thousands of records, reel-to-reel tapes, acetates, and other audio formats also reside in the archive, many of them master tapes from local studios and other one-of-a-kind recordings. Our photography and artifact collection is growing as well. It’s the largest moving-image archive in the state, and an important one for the Southeast in general. We get requests from all over the country looking for footage.

All of that is in Knoxville because of Reeves, whose last day as co-director of the archive was on Friday, May 13. He’s had a lot of help from a lot of people over the years, especially from Trott, but for more than 10 years he has been the person making phone calls, knocking on doors, crawling around in barns and basements, traveling miles and miles to rescue this history and preserve it. Few people know how fragile a medium film can be, to say nothing of video, and he’s been trying to rescue as much as he can before it becomes unsalvageable. He was collecting materials most other institutions were ignoring.

Reeves hasn’t operated TAMIS like a traditional archive. To be sure, he’s spent a lot of time in a small basement room archiving and transferring film, video, and audio, but it was his ongoing quest for acquisitions and his demeanor with donors that made TAMIS’s holdings so impressive. On one cold call with him, I refused to get out of the car because about a dozen not terribly friendly looking dogs were gathered outside a trailer door. He was nervous, too, but he had a lead and wanted to see what he might find there. He still gets frequent calls, emails, and cards from donors he worked with years ago, just checking in to see how he’s doing or to thank him for his work.

The extent and importance of the TAMIS collection may not be fully realized for many years, but Knoxville, East Tennessee, the entire state, the whole nation—let’s get grand and say even the world—owes Reeves a huge debt for saving crucial parts of this region’s cultural history from ruin. Thank you, Brad.