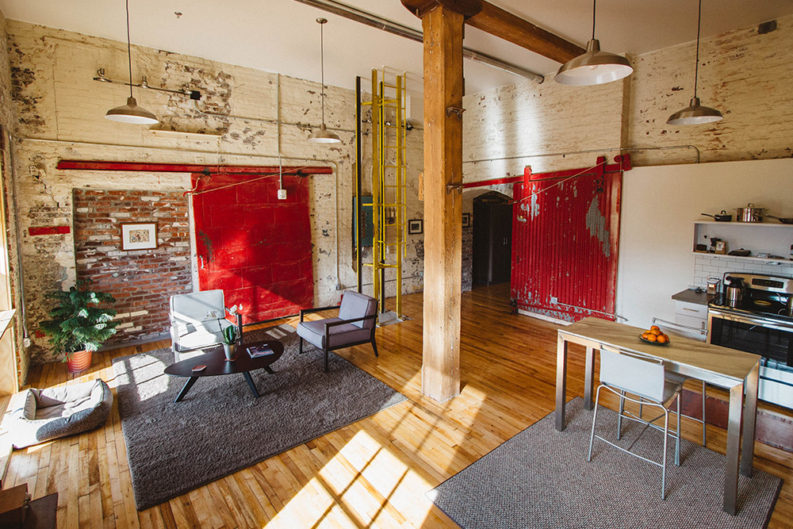 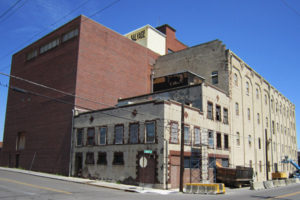 The four-story brick White Lily Flour building (at Depot and Central avenues near the Old City) was built in 1885 by J. Allen Smith & Company.

There was a time in Knoxville when many perfectly good buildings met the wrecking ball once they outlived their original purpose. Even beautifully constructed, iconic pieces of architectural history were left to sit vacant, invite vandalism or decay, and then be declared too far gone to save.

Maybe that still happens sometimes. But not with a growing network of heritage preservationists and savvy developers who are repurposing the historic gems in Knoxville’s urban center and making them shine. Once the manufacturing center for the south’s best flour (ask a foodie), the four-story brick White Lily Flour building (at Depot and Central avenues near the Old City) is now home to White Lily Flats, a fully leased residential complex from Dewhirst Properties. The developer has preserved much of the space’s manufacturing history (gears and levers, maple beams and corrugated metal, hand-labeled machine instructions) while creating individual studio and one- or two-bedroom units with guaranteed urban sophisticate appeal.

White Lily Flats opened for leasing in January 2015 and was fully occupied a couple of months later, ushering in a new chapter for what was once one of Knoxville’s most important industrial centers. It was built in 1885 by J. Allen Smith & Company, who struck baker’s gold with the development of White Lily Flour. The manufacturing concern changed hands many times in the 120-plus years after, but the mill ran 24 hours a day in Knoxville, until the J. Smucker Company moved operations to the Midwest in 2008.

Dewhirst bought the property in 2011, having completed a successful similar transformation of the JFG Coffee plant in the Old City and having become one of Knoxville’s premier evangelists for repurposing our once-vital industrial center. Dewhirst Properties’ Drew Holloway says the success of JFG Flats was a confirmation that this kind of project could work, and while there were a lot of unknowns in turning the aging flour plant into sleek residences, “To see the interior was to see the potential.” 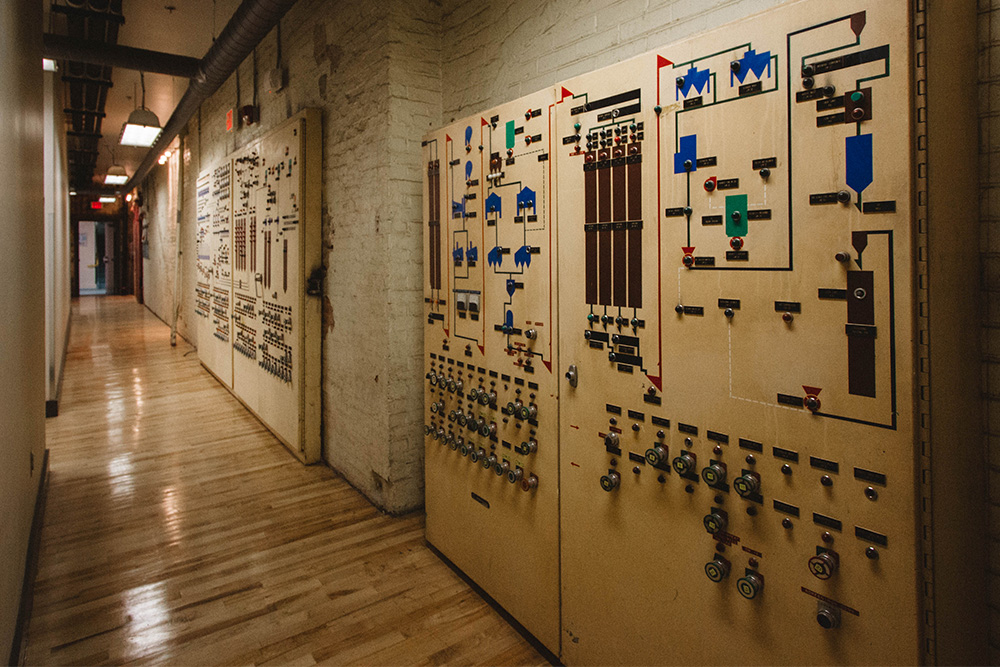 A retro-futuristic control panel was once essential to the making of a multi-million-dollar product; today it’s a favorite talking point.

In deciding what to incorporate into the building and its individual units, Holloway says “whatever offered color and texture” was an easy choice to leave in, as were the original “funky details.” Anything that lent authenticity was kept, while whatever made the place inhospitable was removed. In a third-story one-bedroom apartment, the living and sleeping areas are separated by a site-original sliding red corrugated metal door; Holloway says the apartments that featured those original industrial doors were the first to be leased. Behind the mid-mod-influenced seating area hangs a yellow ladder to nowhere, while in the bedroom another yellow ladder leads up to a small storage loft, both original to the building. Exposed pipes run along the top of the loft and into the spacious bathroom. In the living area, a massive maple beam rises up from the hardwood floors. It provides a natural focal point between the kitchen and seating areas and lends an unexpected warmth to the exposed brick and metal around it.

The building’s common areas are also a celebration of its heritage. Refurbished industrial gear has been commissioned into a striking light fixture that’s the first thing you see on entry. A retro-futuristic control panel—a puzzle of switches and levers—was once essential to the making of a multi-million-dollar product; today it’s a favorite talking point. There is a blown-up lobby photograph of the building as it looked originally, when J. Allen Smith built it, and the corridors feature a print of a vintage advertisement celebrating the “flowers of the south”—dogwood, azalea, “White Lily Flour.” 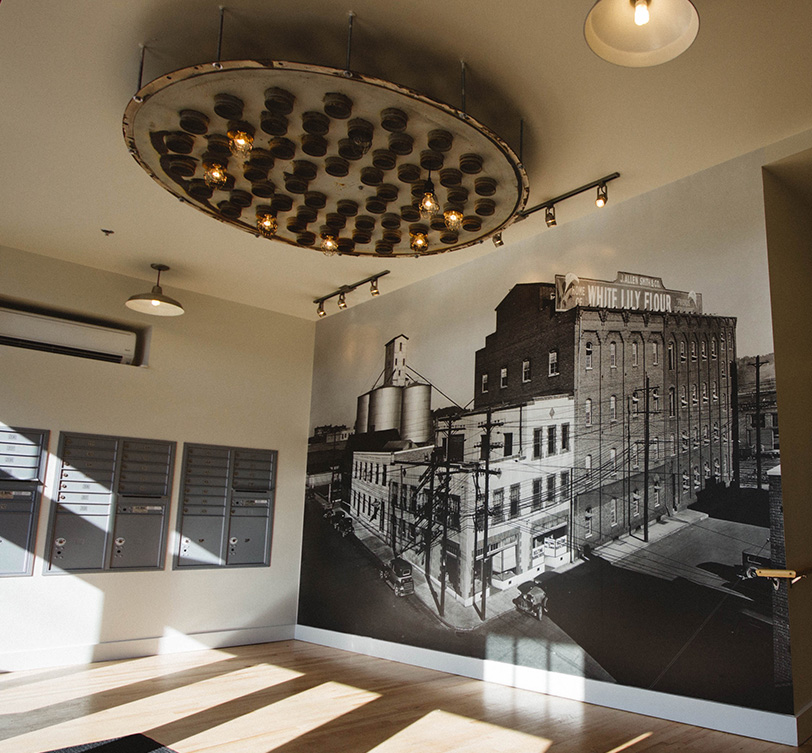 Refurbished industrial gear has been commissioned into a striking light fixture that’s the first thing you see on entry.

As much as there is to see inside the building—and you could never get tired of looking for the unexpected whirligigs, pumps, pipes, and fuses—the view from it is like nothing else in the city. It sits across from the train yards behind Southern Railway Station, and the view from the above particular third-floor apartment is an invitation to trainspotting. In addition to secure entry, the building’s residents also enjoy a rare city boon: a residents-only parking lot. Across from the building’s spacious residents’ parking lot on Depot sits the new music venture the Mill and Mine, Dewhirst/Ashley Capps project, unveiled during the nationally celebrated Big Ears Festival in late March of this year. 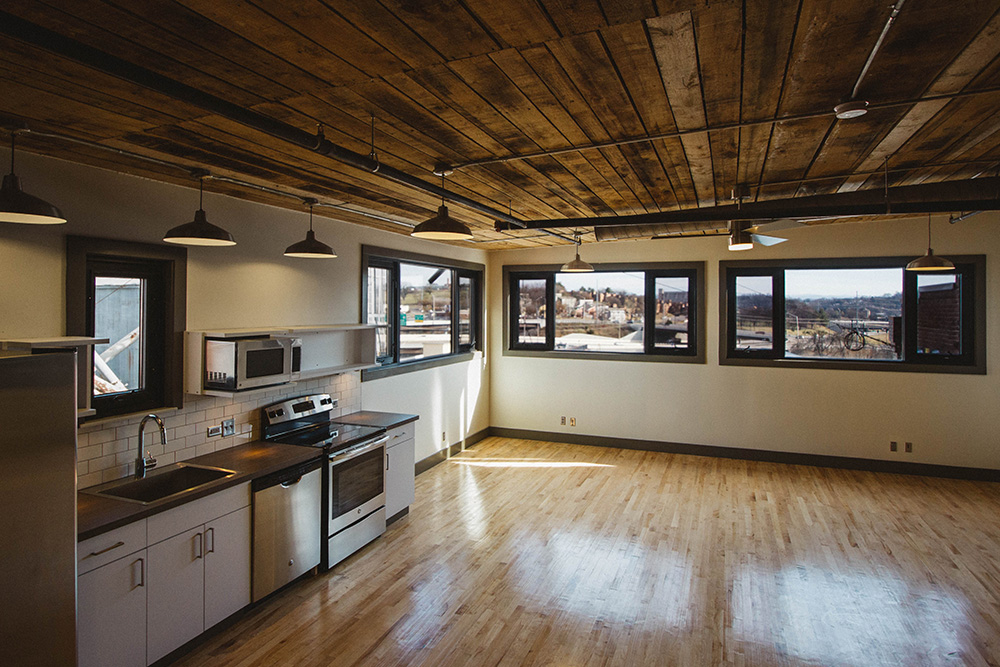 Dewhirst Properties has preserved much of the space’s manufacturing history while creating individual studio and one- or two-bedroom units.

Knoxville has had a lively downtown scene for a couple of decades, and a lively Old City scene for about a decade before that, but until very recently those were considered two discrete areas. White Lily Flats is one of the obvious points of integration. With views toward downtown but steps from the Old City, and with a history that is solely, purely local, this building is at the crossroads of a Knoxville that is a thriving, resident-friendly urban center. One with a history worth saving. 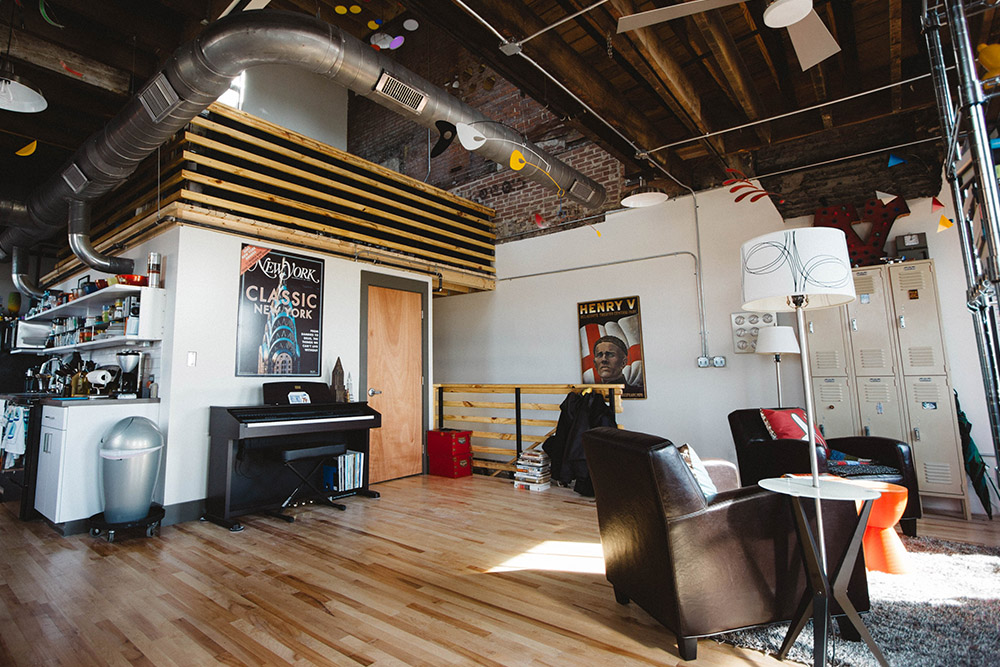 In deciding what to incorporate into the building and its individual units, Dewhirst Properties’ Drew Holloway says “whatever offered color and texture” was an easy choice to leave in, as were the original “funky details.” Anything that lent authenticity was kept, while whatever made the place inhospitable was removed. 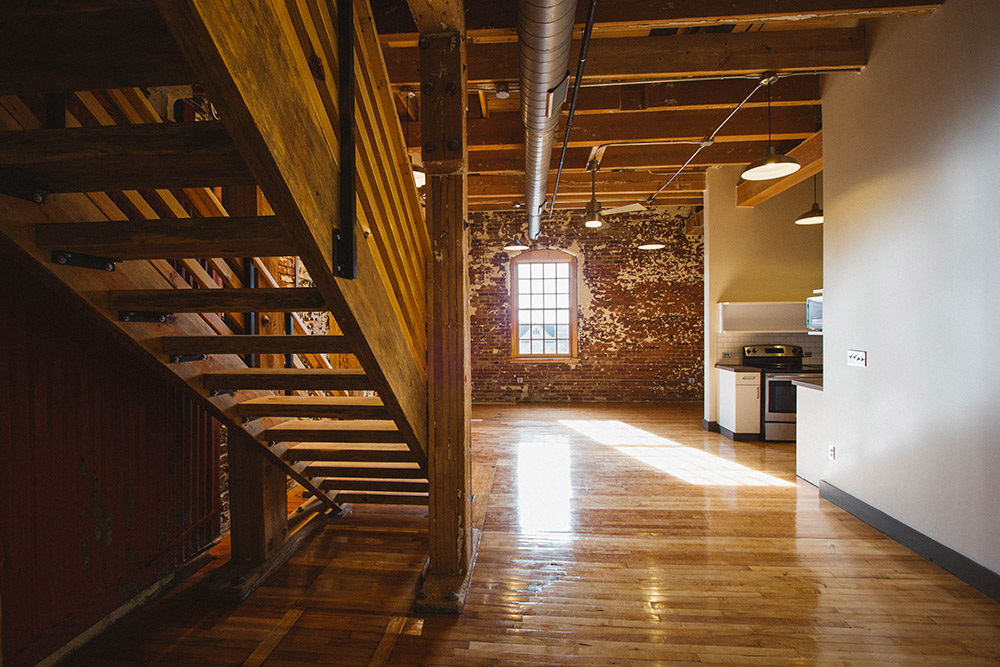