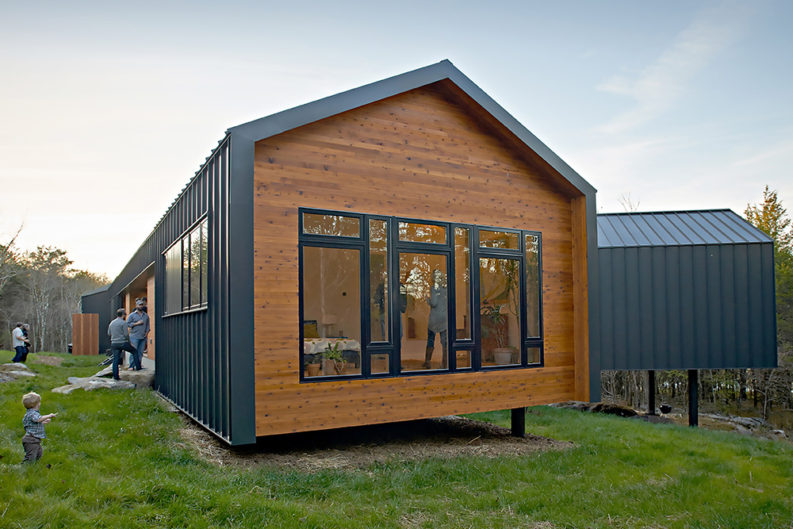 Covered in moss and nestled under a thick canopy of trees, the boulders dotting the landscape look almost like living things, sleeping giants. Above them perches a one-of-a-kind home, modern and warm, airy and grounded, so in tune with the landscape you can’t imagine it ever wasn’t there.

“We wanted a clean, warm space,” says Laura Sohn, the restaurateur and event planner who owns the home with her husband, Carlos Anderson, a nurse. “Something not just modern but organically modern.”

Looking for privacy and peace, the two purchased a 20-acre parcel of rocky cedar forest along the Holston River in eastern Knox County, about 20 miles from town. The tract is part of what was once a large farm, with the river-bottom land divided into 5-acre parcels. Neighboring residences—which are not visible from the home—include an abandoned Civil War-era farmhouse and another custom modern home. Once you reach the top of the hill where the home sits, you might as well be miles away from everyone.

It was important to both Sohn and Anderson to preserve as much of the hushed wildness of the landscape as possible. She grew up spending summers at her grandparents’ home outside of Oregon, the Narrows, which was also nestled in the trees, and the woods are also something that speak profoundly to her husband. The two wanted a one-level environment with seamless transitions between outdoor and indoor living spaces and as much natural light as possible. All on a budget. 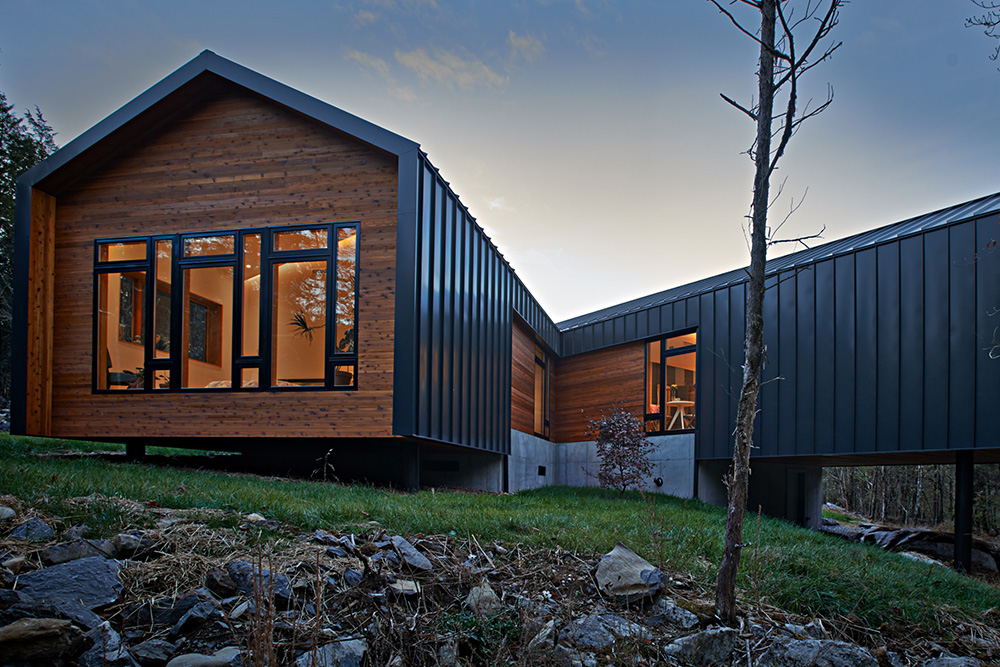 For this challenge, they turned to lead architect Brandon Pace and architect Michael Davis, both of Sanders Pace Architecture in Knoxville. Sanders Pace is known for the sleek new Wild Love Bakehouse on North Central, the renovated Southeastern Glass Building at Jackson and Gay, and other notable Knoxville projects. The couple were acquainted with the architects and knew they would “put their own stamp on things.”

“We trusted them,” Sohn says. “If you’re going to work with someone creative and interesting, why doubt them?”

Pace and Davis set out to explore the site with the owners, looking for a way to maximize the views and take advantage of natural light exposure.

“Early in the design process we presented options for the house that were primarily linear,” Davis says, “which paralleled the contours of site but seemed to lack an engagement with the hillside and potential for views into the forest.”

The architects’ solution? “We presented an option which projected the living room and kitchen into the forest, which created a ‘Y’ shaped floor plan. This created a house with three wings, with each wing having three different exposures and three different relationships to the landscape,” Davis says.

The resulting home is more than 2,500 feet of air-conditioned space, with more than 3,500 square feet under roof. The exterior is clad in native cedar and topped with a seamed metal roof. The outdoor living areas, off the different branches of the house, include an outdoor shower and several conversation areas.

“My favorite part of the house is the relationship of indoor and outdoor space at the dining area and rear porch,” Pace says.

Davis adds, “No room feels the same. Sometimes you are very close to the ground, like on the back porch, and other times you feel like you are in a tree house, like in the living room.”

Rocks that were dug up in creating the foundation were moved to other parts of the landscape, and in one case used as a stepping structure to one of the decks. The architects were hands-on during the overseeing of the construction, as were Sohn and Anderson.

Everywhere in the home there are windows. Sohn says that thanks to the “insane insulation” of the windows and the quality of the design and materials in construction, their electric bill is about 30 percent less than it was in their previous home, a rambling older home in north Knoxville. 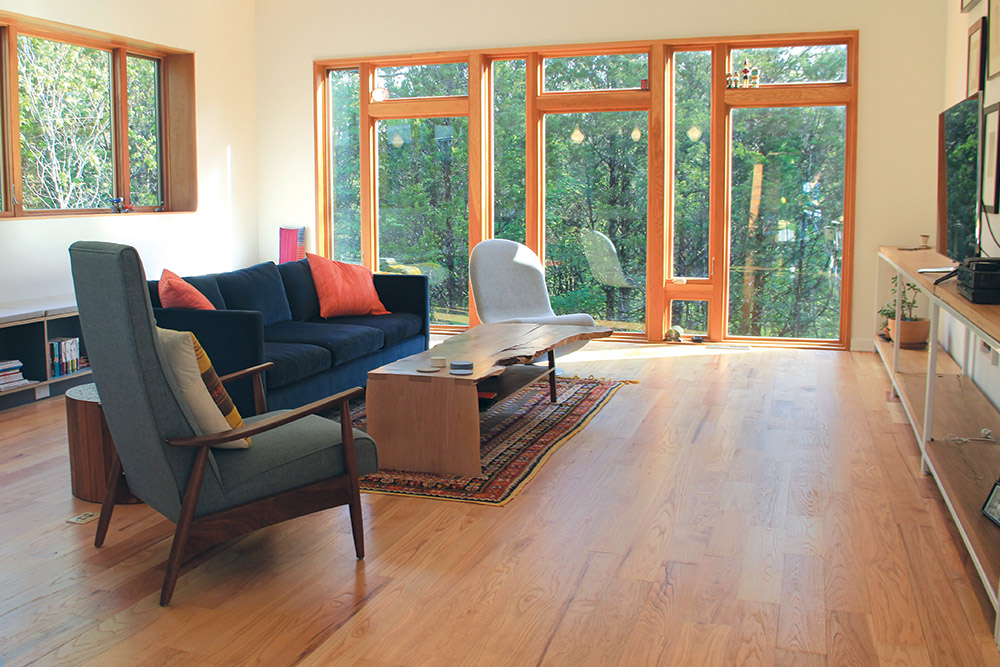 Thanks to the three exposures, the sun follows the day’s general pattern, rising in the windows that light up the master suite. “I love the mornings,” Sohn says, “But I don’t sleep much past nine anymore.”

Every ray of sun during the day is taken advantage of, something that’s especially important in the winter. In the evening, if Sohn’s cooking (and that’s one of her biggest loves) at the extra-tall island that holds the gas range, she has a perfect view across the living space into the trees as the sun fades out behind them. Curving canister lights above the island and recessed track lighting light up the living area, and discreetly covered electrical outlets on the floor of the main space mean that an impromptu stint of work-from-home doesn’t mean being chained to a desk or a table. 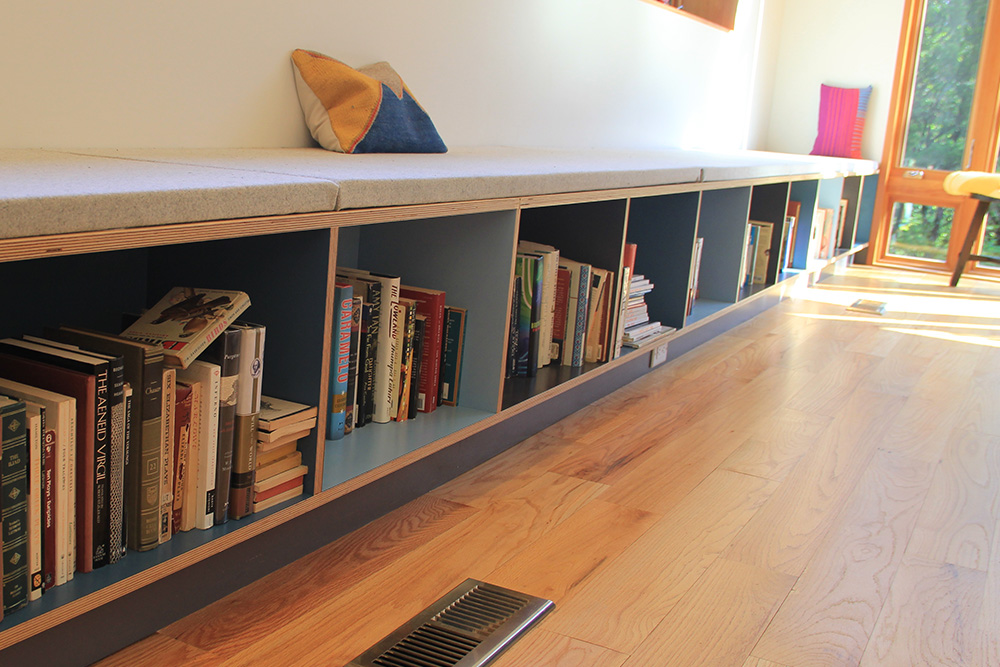 The feeling inside the house is one of fun and home, reflecting Sohn and Anderson’s choice not to go “hypersleek, hypermodern.” Pops of blue cabinetry liven up the kitchen and add to the sense that a party could break out any moment. Along the northern wall in the main living area, patterned textiles create bench seating atop of part of the “75 linear feet of bookshelves” that Sohn requested. Across the room is a series of custom-built mobile shelves that were commissioned from Knoxville artist Forrest Kirkpatrick and his Fork Design.

Kirkpatrick also built the room’s big conversation piece, a coffee-table crafted from a slab of timber harvested by the timber company her paternal grandfather founded. The house is filled with personal touches: an art collection that Sohn’s father gave the couple, which pops like it never did in the couple’s former home; framed photographs from the couple’s travels along the walls of the main living space; her favorite cookbooks filling up the shelves that line the back of the kitchen island; her grandparents’ dining table in the alcove facing the home’s southern exposure. 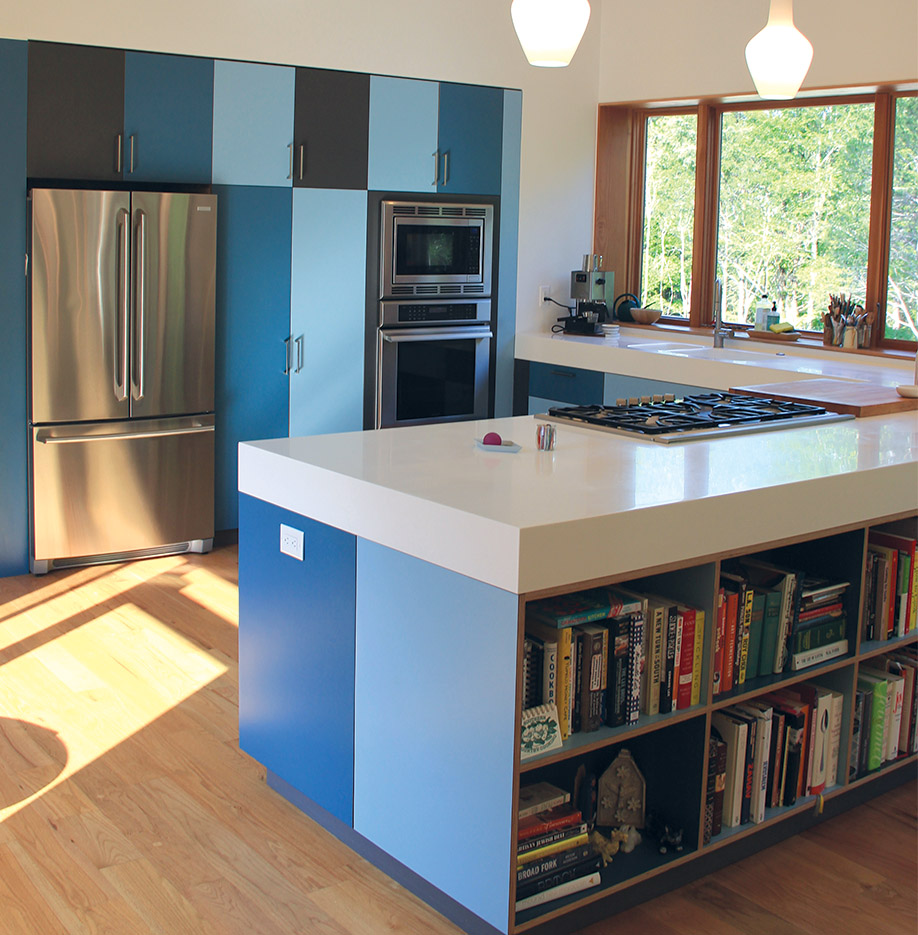 Like the home Sohn’s grandparents built and lived in for 60 years, where her large extended family still returns each summer, Sohn and Anderson want this to be an anchoring refuge for themselves and for their family and friends. She has thought about additional bungalows or studios on the property, as her grandparents built on theirs, but for now is happy to enjoy the views from everywhere and dip into the river for a swim when the Holston warms. The couple has all the time in the world to make additional plans. The house—and this land—aren’t going anywhere. 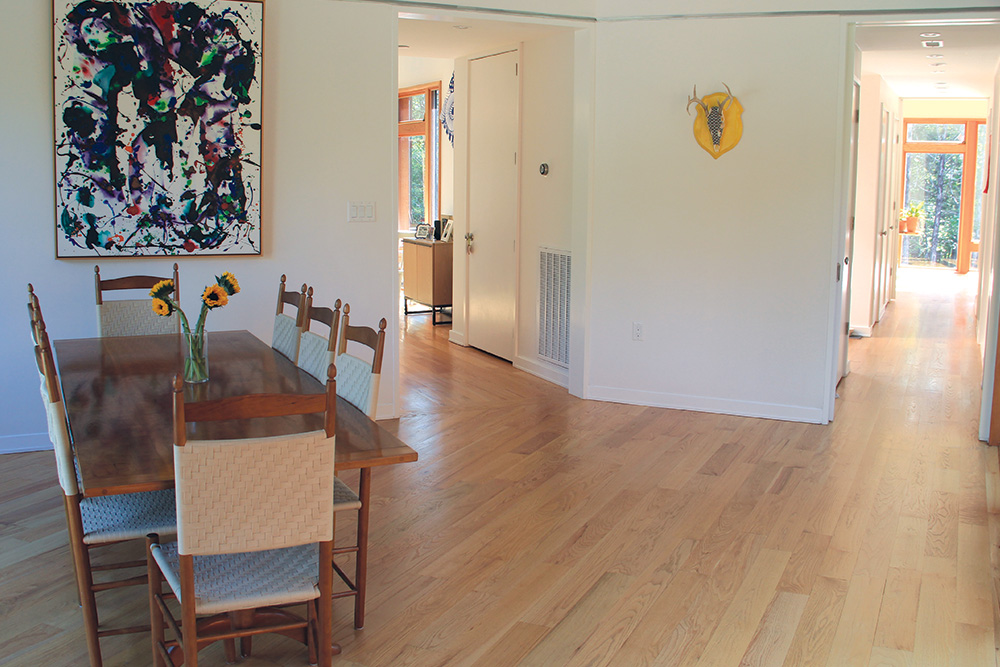 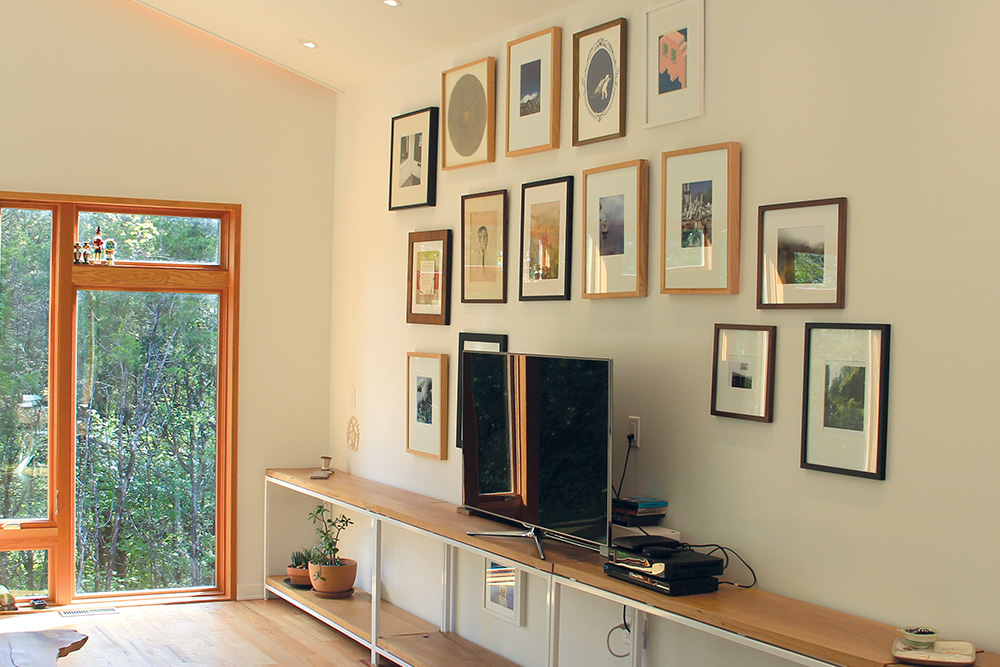