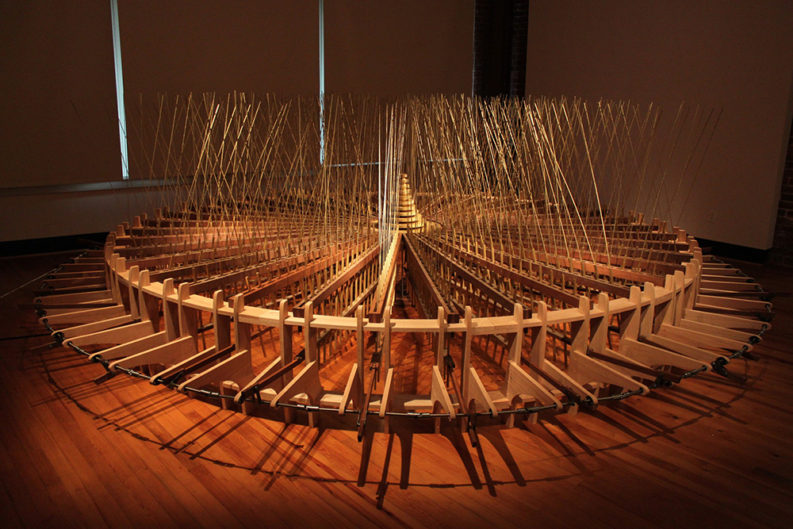 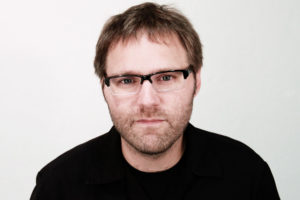 It’s already been a big spring for John Douglas Powers. Powers, an assistant professor of art at the University of Tennessee since 2013, was awarded a Guggenheim Fellowship in early April that will allow him to take a year off from his teaching duties to focus on his own sculpture projects. And last week, Powers’ new solo exhibit at the Knoxville Museum of Art opened—one of the few solo shows at KMA by a local or regional artist in the museum’s history.

“[KMA curator] Stephen Wicks reached out to me last fall with the invitation and I couldn’t jump at it fast enough,” Powers says. “It’s really exciting to be included in this series of exhibitions and to show at the KMA. … As I understood it they are moving to a more flexible format that will allow also for one-person shows. That opens the door for things like this installation that wouldn’t really be viable in a group setting.”

Powers makes complex, large-scale sculptures, many of them with moving parts and many accompanied by video, film, or music. Three new pieces are on display at the KMA show—a large marble piece with feathers, a mechanized wooden sculpture, and a two-channel video projection—but Powers says they all work together.

“While they are three discrete works, I see them as intermingling for a cohesive multi-sensory experience in the gallery,” he says.

The size and scale of Powers’ work—“Locus,” the wooden sculpture in his Contemporary Focus exhibit, is four and a half feet tall and 22 feet wide, with an electric motor and hundreds of individual pieces—is a big part of the reason he could use a year off from UT.

“The large kinetic pieces pretty consistently eat up a lot of resources,” he says. “They require a lot of time to design and construct and are material intensive. They may be on the drawing board for months and can take a year to build. I have only worked with a studio assistant on a couple of commission projects; it’s mostly just me in the studio.”

His Guggenheim proposal was titled “Time and Space”—a reference to two things almost any working artist could use more of, but also to his work in particular, with its massive size (“space”) and emphasis on motion and video (“time”). Over the next year, Powers says, he will work on several projects at once, of varying size and complexity.

“Having dedicated time to work will allow me to have several large projects going at once without as much concern for meeting a deadline,” he says. “I’m aiming to tackle some big pieces but also pursue some experimentation that I simply haven’t had time for.”

Contemporary Focus is on display at KMA through Aug. 7. Visit knoxart.org for more information.