Ordinary Time: Reaching for Here and Now - The Knoxville Mercury 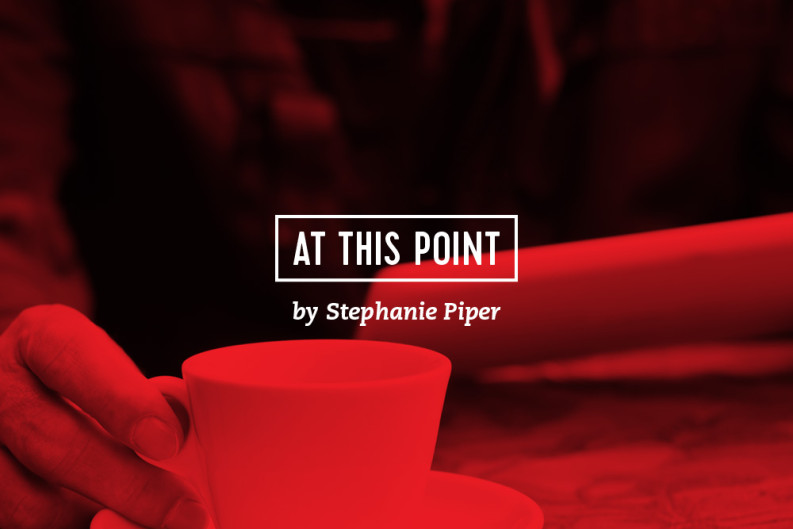 All I want is one ordinary day, a friend told me recently. A series of family crises had left her shaky and exhausted, and she longed for a spell of plain, predictable living. No pealing cell phone bearing another unwelcome bulletin. No pinging text message from the emergency room. Just 24 hours of uneventful calm.

Ordinary time is underrated. In the liturgical year, it describes the intervals between the big, Technicolor feasts like Christmas and Easter. It’s 32 weeks of monotonous green vestments, an absence of incense, and an invitation to seek the holy in the everyday, same old-same old world most of us inhabit.

Yet it is this unremarkable world I long for when trouble breaks through the veneer of routine. I remember navigating a dark passage one winter some years ago. I would sit at my desk and look out the window and fantasize—not about an ocean voyage or an escape to a sunny island somewhere, but about the luxury of a quiet heart. I would imagine an hour of hard work untainted by fear and worry—or a conversation in which I was fully present, actually laughing at some silly office joke or outrageous bit of gossip. I would idealize something as mundane as folding laundry with nothing more on my mind than new towels or lavender sachets for the linen closet, or nights of untroubled sleep and mornings that arrived without dread. I vowed that if I came through this valley, I would never, as long as I lived, complain about boredom again.

The darkness receded, and my resolution waned. I am not a thrill-seeker by nature, and a little adrenalin goes a long way. But the daily round, crisis-free at last, soon lost its luster. I didn’t want to go back to the valley. I just wanted a bit more scenery on the smoother path I’d finally reached.

It’s there, of course. Sometimes I can actually see it: the red flight of a cardinal, the spring light picking out the myriad shades of green in the woods behind my house. There are whole minutes when I master the art of stillness and focus on the stories unfolding in front of me: the man in the next pew wiping his eyes at the opening bars of “Abide with Me,” the little girl in the supermarket line examining the candy display, extending a tentative hand, withdrawing it quickly. A texted photo of my 6-year-old granddaughter wearing a bright blue sweater and a shy smile and a bronze medal proclaiming her Student of the Month.

Emily, a character in Thornton Wilder’s iconic American play Our Town, seizes the chance to return briefly to Earth after dying in childbirth. Choose an unimportant day, she is told. Choose the least important day of your life. It will be important enough.

Invisible to her beloved family, she begs them to see her. Just for a moment we’re all together, she cries to her mother. Just for a moment, we’re happy. Let’s really look at one another. She discovers the truth of what saints and poets have always told us. It goes so fast. We miss so much.

It goes fast, and the scenery blurs. Too often, I catch myself on a pointless commute between past and future, second-guessing decisions that are ancient history now, straining to see what comes next. Consumed with worldly cares, I shrug off the present and drown out the quiet, repetitive chords of daily life. I look ahead to distant feasts, drawing me with their light and color, their scent of pine boughs and lilies.

And then a friend brings me up short with a simple wish for an ordinary day. I listen to her story and nod and tell her that I know just what she means. I sit at my desk and look out the window and breathe, reaching for here and now.