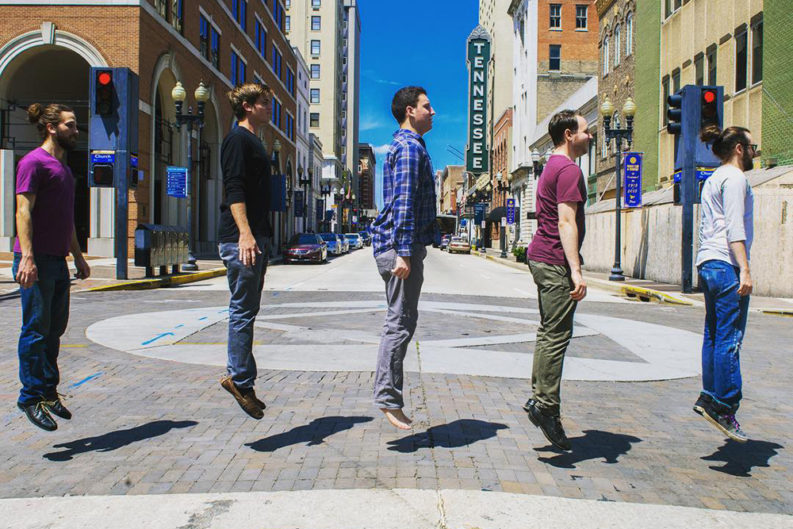 The local Americana band Three Star Revival is in the process of expanding its lineup, just as their new EP, Change It Up, expands the group’s sound. The band’s celebrating the release of Change It Up at Scruffy City Hall on Friday, May 6. We traded emails with frontman Ben Gaines to discuss the show, the new EP, and Three Star Revival’s new direction.

You’ve got a new EP out this week—it definitely goes in some jazzier/funkier/jammier directions.
I think our sound is going to be going away from our first album, but not in the direction this EP went. The second album will still focus on more meaningful lyrics, with slower and more upbeat tunes. We are planning to weave a little more blues, jazz, funk, and jamminess into this next album to account more for how our live show is.

We have had these songs around for a while—since we first started playing together—but we weren’t sure what to do with them. “Happy” and “Wrong” were songs that just came out one day. I had recently lost both of my parents, and had some really great people helping me through that. “Happy” was kind of a shout-out to one in particular that really helped me a lot. I know it is a bit cheesy, but that was kind of the point. Sometimes you just can’t take yourself so serious.

“Chicken Fried” and “Smooth,” we just sort of wrote them the more we played them. “Smooth” just started with the simple little banjo lick at the beginning and Josh Howard and Bradley Poyner helped turn it into whatever it has become. We had no idea what to do with the second verse, so I called up my good friend Sam Day and we decided to put a rap verse down. I was really excited to do that for the first time ever. “Chicken Fried” was just kind of a funky joke that always made people dance, so we figured, why not record it? We always have an awesome time playing it live, and we are all pretty happy with how it turned out on the record as well.

Although we had the ideas for all the songs down, lyrics hadn’t really been written yet for any of them; we were just playing around with sounds and seeing how they flowed live. We knew we had fun playing them, but we knew none of them would fit the scope of what we will be going for on our next album. It is more of a mixed bag of songs that we just had a lot of fun playing, and we didn’t really have the money to record a full album, so we figured, why not release a sort of genre-less EP?

It sounds like the three of you got a little help. Is the band getting bigger, or did you recruit some friends to sit in?
The pool of talent in Knoxville for musicians really is incredible, and everyone just wants to play and create music. We are extremely lucky we have these guys around to come help us on projects like this. This list will definitely grow for the next full-length.

The band is definitely growing. We are in a bit of a transitional period, but we are really happy with the lineup we have now. Garrit Tillman is filling in on the drum duties, and Jack Willard of Tree Tops is on bass. Chuck Mullican plays sax with us whenever we can get him, and at Volapalooza we even had Joe Jordan and Tylar Bullion come up to fill out the horns section with Chuck. Aaron Mastin, who plays with another great local group called Electric Darling, even hopped up with us on keys. All of them will also be joining us for the CD release May 6.

It is pretty awesome playing with a nine-piece live—I have been dreaming of doing it for a while. It would be great if we could venture with it to other cities in the future.

What’s the plan once the EP is out?
After the May 6 show at Scruffy City we will definitely be paying more local shows. I know we will be joining Electric Darling June 4 at Scruffy City Hall for a show I am very excited about. I believe the plan is to have a big superjam at the end, which is always my favorite thing about groups playing together. But starting in the fall, we are trying to focus more on out-of-town shows, but you can be sure we will still be back often. Knoxville people just know how to get down a little harder than everywhere else.

We are also planning on a lot of writing so that we can get back in the studio and get to work on this next album.