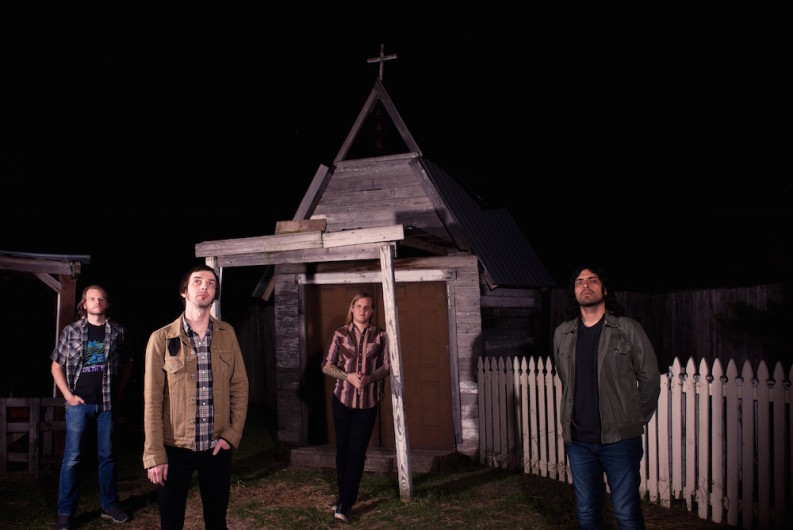 When Austin, Tex.-based rock outfit the Sword released its fifth album, High Country, in 2015, some fans groused that the band was selling out, having jettisoned the doom-y proto-metal vibe of earlier platters in favor of a more relaxed brand of traditional blues rock, a sound redolent of 1970s-style AOR.

Guitarist Kyle Shutt has heard the whining, but he says he and his fellow Swordsmen have no regrets. “I’m not the 21-year-old who recorded Age of Winters [the band’s first record, from 2006] in our bass player’s kitchen,” says Shutt, who joined with singer/guitarist J.D. Cronise in forming the band in 2003. “If someone says, ‘I’m you’re biggest fan, but I hate your new record,’ my feeling is that, well, you missed the boat.

“We’re not doing this to make everybody happy. We’re doing this because this is what we do. It seems that people either love this record or they hate it. And to me, that’s a sign we probably did it right.”

The truth is that High Country is not such a radical departure from the rest of the band’s recorded output. Frontman Cronise’s hoarse, incantatory vocals still define the record as distinctively Swordian, as does Shutt’s vintage tonal palette.

And each of the band’s preceding four albums has been possessed of a character and a complexion all its own, while still remaining of a piece with the rest of the Sword’s oeuvre; note the sludgy Sabbath-isms of Age of Winters, for instance, giving way to the early ’80s thrash allusions on the follow-up Gods of the Earth.

Shutt says the changes from one album to the next were never really planned—at least not until it came time to begin work on what would become High Country. “In the past, we never really discussed any specific intent,” he says. “We always just seemed to know what we needed for a particular record.

“We all live in different places, geographically, so usually we wrote songs independently, came in with songs ready, and then somehow knew what we wanted to do. This is the first time we sat down and discussed it, where we each brought in ideas that weren’t necessarily developed yet. We didn’t have a blueprint for this one. We bounced ideas around a lot, talked about it, said, okay, what do we want to do now?”

Shutt notes that band also took a looser approach in laying tracks for High Country. “We used to put down the parts over and over again, until we thought it was perfect,” he says. “This time, we didn’t care if it was perfect. We just wanted it to sound cool.”

But for all the lamentations of doom-rock diehards, the Sword must be doing something right, as their international profile has grown with each successive release. Its last two records, High Country and 2012’s Apocrypha, both hit the top 30 of the Billboard 200, and High Country marks the first time the band has charted outside the U.S. and the U.K.

“We couldn’t have done it without some luck, and without taking advantage of every opportunity,” Shutt says. “But I also think our success has something to do with the fact that we always did exactly what we wanted to do. And we’ll keep on doing what we want to do. We’re just a group of real guys who worked hard, did it our way, and built from the ground up.”