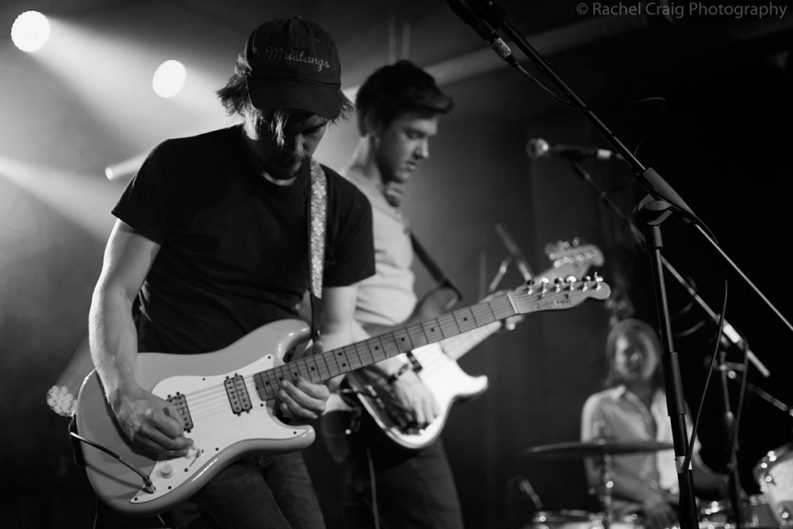 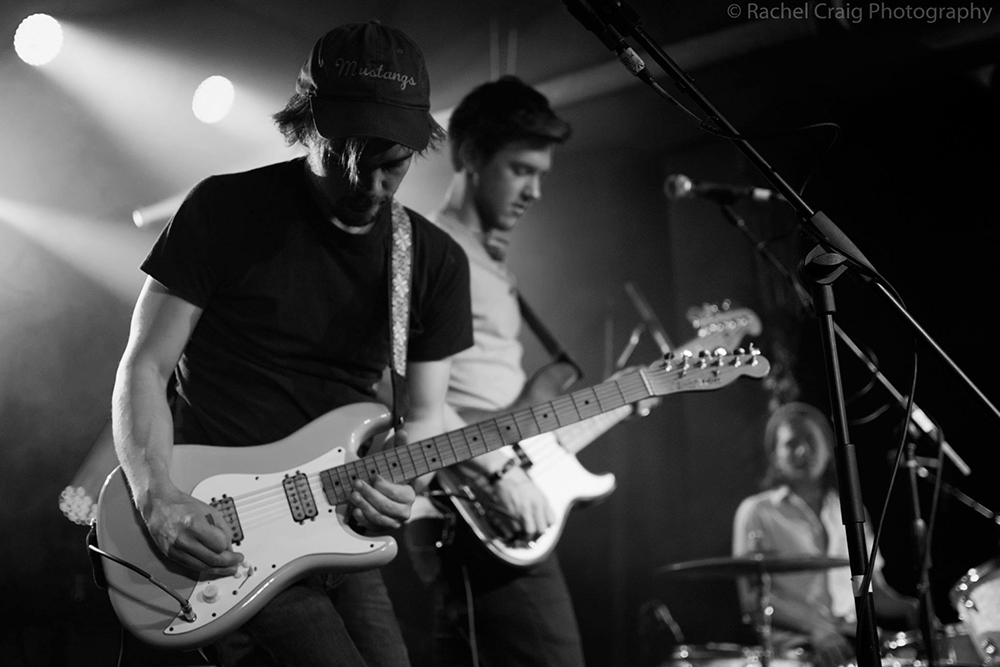 Millions of throwaway conversations end with “Hey, that would be a good band name!” If you’ve not had one, you’ve likely overheard one. But naming one’s latest musical project can be a time-consuming effort deserving deep thought and consideration.

Unless you’re guitarist Dakota Smith and drummer Zach Gilleran, who just settled for a goofy play on the name of a mid-’00s Disney Channel sitcom.

“We were only supposed to be a band for two weeks,” says Smith of the duo that debuted as Zack and Kota’s Sweet Life—a pun on Disney’s The Suite Life of Zack and Cody—in 2012. “When we started we really didn’t think we’d play many shows.”

But as the band’s frenetic jangle built them a reputation around Knoxville, they found their tossed-off moniker something of a liability. Besides its inaccuracy (bassist Travis Bigwood joined not long after the titular pair’s first shows) and practical issues like promoters chopping it down to “Zach and Kota” or “Sweet Life,” there was the obvious concern: The jokey name risked underselling what had become a very real band.

“We do play a lot, and I would hate for people to be turned off just because of a name like that,” Smith says. “I don’t think that I would go see a band called Zach and Kota’s Sweet Life.”

The problem was finally put to bed in January with an unceremonious Facebook post: “Enough with the whole deal. We are Sweet Years now.” (Smith says the similarity between the two names is about honoring the group’s sky-eyed vibe and also an effort to ease the rebrand.) It’s clear the change has been liberating for the band—they’ve spent 2016 gigging around town as relentlessly as ever before.

“We typically don’t say no to anything,” Smith says of the group’s schedule, which sees them playing several times a month everywhere from house shows to bigger venues like the Concourse at the International, where they’ll open for goofy Japanese punks Peelander-Z on May 2. “We do want to stay busy, and I feel like we have the set now where we can change it up.”

That same work ethic extends to writing and recording. Last week saw the release of the band’s second EP, Tough Season, which offers a great overview of a sound that falls somewhere between early Merge Records alt-punk and earnest Polyvinyl-style arpeggiation. (Certain rough edges also directly recall Knoxville’s own Royal Bangs, with whom Smith joined up late last year.) Recording and releasing the five-song burst themselves in little over a month, the band was intent on having the music ready for Knoxville’s windows-down, fist-pumping warm weather needs. And they’re already hard at work on a follow-up EP that they hope to release in time for a late-summer tour.

Smith says he and his bandmates hope to record something lengthier in the future, but he also likes the immediacy—and Internet-era viability—of shorter releases.

“I’ve had a lot of conversations with people about how they digest music now,” he says. “You can release a single and it’s fine. It’s not like people are looking for some grand masterpiece. So we’ve got this summer thing, and we’ll probably have something ready for fall. More constant output is important. It keeps us fresh.”

Though off-the-cuff charm is a big part of Sweet Years’ sound, that freshness doesn’t necessarily come easy. Despite their almost invariably short songs—Tough Season clocks in at around 13 minutes—the band has become known for its sudden jukes into unexpected territory. Though this is most often to do with on-a-dime shifts in mood and tempo, there are also moves like the climax of “Teal Jacket,” a live staple from the band’s 2015 EP, Zach and Kota’s Sweet Life, in which Smith’s careful looping transforms one guitar lead into a poignant symphony that will have you re-checking how many people are on stage.

Smith says this care in serving their songs, and by extension the audience’s investment, is key to what Sweet Years is out to accomplish.

“It’s a matter of cutting it and twisting it to make it as tight as possible,” he says. “We try to switch the mood a lot. … We’ll turn and do something out of left field. Not necessarily experimental craziness, but you can tell the band has been practicing. You can tell that they care.”