What Are Gangs Like in Knoxville? - The Knoxville Mercury 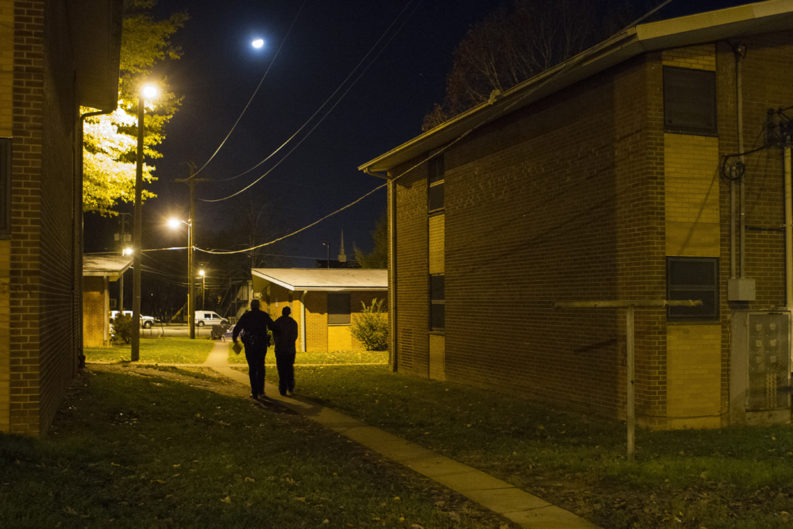 The “gang” label brings to mind everything from motorcycle rowdies to shootouts among L.A. thugs. In Knoxville, gangs run the gamut as well, including white supremacists, other ethnic gangs, typical street gangs, and teenage cliques with guns, says Knoxville Police Chief David Rausch.

Although many in Knoxville perceived an uptick in gang violence since last fall, Rausch says it wasn’t that unusual. It just became more prominent as a result of the high-profile death of Zaevion Dobson, a Fulton High School sophomore shot protecting classmates from a random gang shooting.

“Although, with the heinousness of the crimes, it did make me and my command staff try to see if we could do more,” Rausch says. He created a temporary gang task force to try to gather more intelligence about gang activity.

Rausch says local gangs generally exist for the purpose of criminal activity, mostly drug sales but sometimes also gun sales or gambling. However, Knoxville gangs aren’t as organized as many in bigger cities and are often not part of a larger inter-city network, even if they share the same name with a nationally-recognized gang.

The downside is that disorganization can make gangs more dangerous, because gang members don’t have a formal network of superiors to whom they answer, says Darryl Arnold, pastor of Overcoming Believers Church in East Knoxville. Arnold has presided over many funerals of young men killed on the streets.

“It’s Wild West,” he says. Instead of killing over big money and with a boss’s permission, Knoxville gang members are shooting each other in the heat of the moment over colors or tweets, he says.

And although many gang disputes involve who gets to sell drugs in a certain territory, young men are putting their lives on the line for small-time profits, Arnold says. Despite the stereotype that drugs will provide a quick route to a rich lifestyle, he says, “A guy sells all this dope and gets killed, and his homeboys got to catch a ride to the funeral. They don’t even own a car.”

Many young people, pastors, and police agree that some crimes categorized as gang activity really stem from personal arguments between armed young people.

“There are a lot of people in neighborhoods that are in gangs, usually people who get picked on their whole life and go get in a gang because then they feel safe,” says Charjuan Hayes, 24, who grew up in East Knoxville. But he says he often sees members of rival gangs hanging out together, and many shootings and conflicts are not gang-related. “It’s not gang beefs. It’s a personal beef,” he says.

Rausch says gangs in Knoxville used to be oriented East Side versus West Side. But breaking up old public-housing models dispersed these groups around the city, with gangs controlling turf in four- to eight-block patches, he says.

He observes that some gang members demonstrate the kind of interpersonal skills and entrepreneurship of a polished small businessman, making it clear they are capable of much more if they are given the right guidance.

“All the skills you learn getting an MBA—building a customer base, managing income and payments—they’re the same, and if used positively, could do a lot of good,” Rausch says.

Former gang members with a similar message are helping lead the group “Heal the Land,” formed shortly after the Dobson killing.

India McDowell, youth director at First Calvary Baptist Church in Lonsdale, says Heal the Land has 17 core members, a combination of former gangsters, people who lived criminal lives in the streets outside of gangs, church members, and people who are passionate about youth.

“This group is very powerful for Knoxville and the communities that it’s in, because these people are born and bred in these communities and they know the struggle,” McDowell says.

Calvary Baptist held a youth summit with Heal the Land in February, where former gang members spoke with 87 teens about their own mistakes and making better choices, McDowell says.

McDowell says Heal the Land is incorporating as a nonprofit and hopes to provide mentoring programs for young men and hold social events, like skating parties and basketball tournaments, to continue forging relationships between youth from different gangs and turfs.

• Can Knoxville’s ‘Save Our Sons’ Program Fulfill Its Mission?