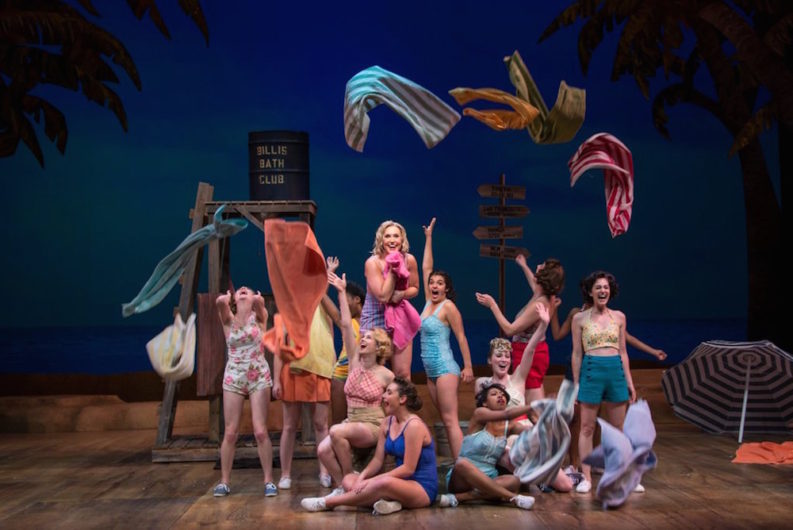 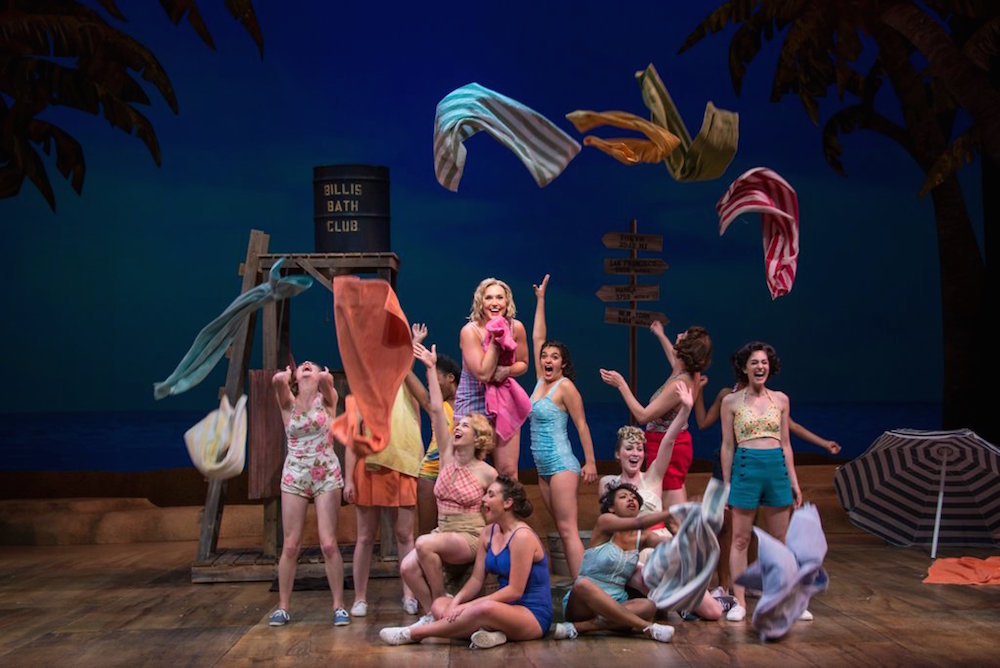 When one considers the music theater collaborations of composer Richard Rodgers and lyricist Oscar Hammerstein, there is simply no way to avoid a thread that runs through all of them—optimism. From the virtues of personal ambition in 1943’s Oklahoma! to the idea that positive thinking conquers fear in 1959’s The Sound of Music, the pair continually explored the idea that confidence in the face of adversity was a key building block of society’s enlightenment.

In South Pacific, their 1949 hit based on James Michener’s Pulitzer Prize-winning novel, Tales of the South Pacific, they even opened the show with a song titled “A Cockeyed Optimist.” Yet their most important optimistic hope—expressed in one way or another in all of their projects—was that society’s hatred and bigotry could be overcome.

In Clarence Brown Theatre’s skillful and energetic new production of South Pacific, which opened last weekend and runs through May 8, director Terry Silver-Alford has made sure that the audience walks away with that same hope. However, the show’s issues of intercultural relationships and interracial offspring, powerful and challenging surprises in 1949, are, for all intents and purposes, anachronistic in 2016. As a result, Silver-Alford has presented the World War II milieu and its once controversial material as color-faded history and pushed the music and ensemble numbers to prominence downstage center where they belong—as Broadway at its tuneful and entertaining best.

Silver-Alford and his design team—scenic design by Jack Magaw, lighting design by John Horner, and costume design by Kathryn Rohe—have filled the stage with a sun-washed South Seas environment of faded sand colors, palm fronds, and exotic wood grains, with Quonset hut gray, denim blue, and military khaki as contrasts. To aid that historic feel, both acts opened with vintage black-and-white military footage projected on a rough canvas screen during the overture and entr’acte music, as if it were a newsreel being watched by the soldiers and sailors.

Like other Rodgers and Hammerstein musicals, South Pacific adds a layer of difficulty in casting the two romantic leads. Both must be singers with range and dramatic ability, but in this case one is a young navy nurse from Little Rock, Ensign Nellie Forbush, and the other is a middle-aged French plantation owner, Emile de Becque. Whether by design or by chance, this production is blessed with an ideal combination: Charlotte Munson as Nellie and Christopher Sanders as Emile.

Munson gives us a Nellie who is an upper-crust Arkansan, thrown into a world that is challenging her both physically and philosophically. Munson balanced that dramatic challenge with vivaciousness and energy tinted with subtle detail—and a powerful soprano voice that could easily fill a theater, even without the contemporary vocal reinforcement liberally used in this production.

Sanders possesses a strikingly rich baritone voice with plenty of range. Couple that with stature, attractiveness, and a credible French accent, and you have a seriously compelling Emile de Becque. Describing the quiet ecstasy  of a fortuitous meeting, his Act I classic, “Some Enchanted Evening,” was deeply touching; his Act II regret, “This Nearly Was Mine,” was genuine and poignant.

Skillfully and equally balanced against the romance are the production’s parallel stories and ensemble scenes, given marvelous continuity and energy by music director and orchestra conductor Melony Dodson. The crowd scenes involving the Seabees (with choreography by Casey Sams) flow like waves onto the beach. “There Is Nothin’ Like a Dame,” the classic show-stopper, is as fun as it needs to be, thanks in large part to a fine comic performance by Andrew Henry in the role of Luther Billis and the chorus of Seabees. Nellie and the nurses get into the action with a superbly staged “I’m Gonna Wash That Man.”

Absolutely terrific, both vocally and dramatically, was Christine Jugueta as the native entrepreneur Bloody Mary. Of course, her big sales job in “Bali Ha’i” turns out not to be in selling souvenirs, but in convincing the young, handsome Ivy League Philadelphian Lt. Cable (Brian Gligor) to marry her daughter, Liat.

Although lovingly staged, this production of South Pacific succeeds because it avoids the fanciful and sticks with the truth—yes, theatrically enhanced, but an honest look at genuine characters in relatable situations. This may be history for us in 2016, but there are universal truths here to be noted and remembered.