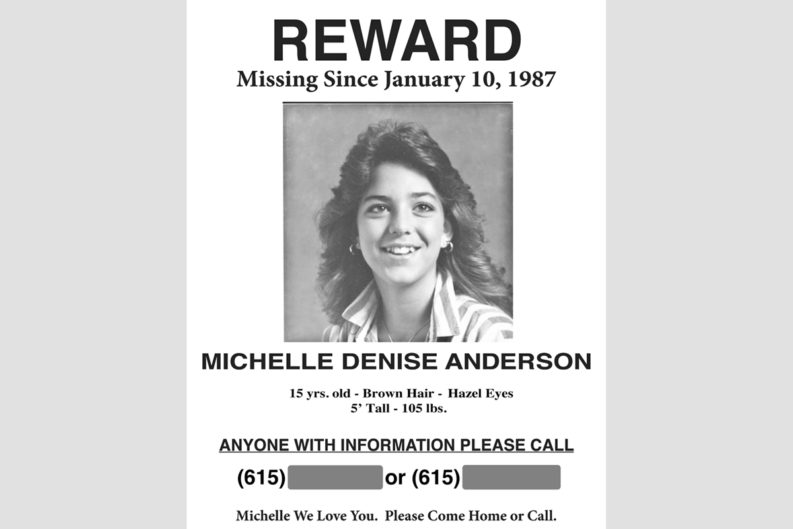 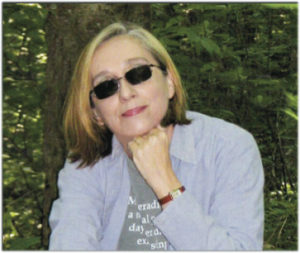 What happened to Michelle Anderson? To some extent, that’s still a mystery nearly 30 years after the 15-year-old disappeared from North Knoxville. In 1989, nearly two years after her disappearance, Anderson’s remains were discovered in Cumberland County, though to this day nobody has been charged with her murder. Knoxville police didn’t initially investigate the disappearance as a homicide, instead treating Anderson as a runaway even though she was last seen catching a late-night ride home with Larry Lee Smith, a convicted sex offender who police say has remained their prime suspect in her death.

In 2007, Sasha Reynolds began researching and writing about the decades-old murder mystery, which had haunted her for years—Reynolds, who currently lives in Huntsville, Ala., was a young mother in Knoxville when Anderson disappeared. As Reynolds researched Anderson’s case, Smith sat in a Georgia prison for sexually assaulting another teenage girl. But as his sentence ran out the author found herself pulled into a real-life drama.

After his release from prison, Smith made his way back to Knoxville, where he eventually stood trial and was convicted of raping another young woman. Intent on stopping a sexual predator, Reynolds reached out to prosecutors to help piece together the puzzle. It’s an account she lays bare in her first book, Similar Transactions, released in January by Simpson Point Press.

How did you first learn about the Michelle Anderson case, and what prompted you to research her murder?
I lived in North Knoxville at the time and my children went to Fulton High School, where Michelle went. I never knew Michelle Anderson, but my son had a class with her. He was an open kid and he told me one day about this girl in his gym class he thought was attractive. I remember he came home from school one day and said, “Hey, you remember that girl? Well, she’s missing.” I remember seeing her fliers posted in the local grocery stores. Weeks went by and it sort of haunted me. I learned the detective handling the case was someone I worked with before [as a social worker], so I called him and found out he wasn’t doing much on it. It bothered me greatly that this girl had disappeared, and there was no evidence that she ran away, but it was still being treated that way.

How would you characterize the way Michelle’s case was handled by law enforcement?
I think that the late Knoxville Police Department Det. Jerry McNair dropped the ball. He was very laid-back and passive. I shared two cases with him as a social worker prior to Michelle’s disappearance and I experienced that in both of those cases. This case really haunted me because it was so much more serious than those other abuse cases I had worked on. All abuse cases are serious, but this girl was dead.

Having talked with so many experts and investigators during your research for this book, are there things that should have been handled differently?
Had anything been handled differently we still wouldn’t have Michelle, but if things had been handled differently they might have solved the case. The family put out fliers and stuff but there was no formal police search. Maybe if there was they would have found her body in the mountains early. I just don’t know. Just because a lot of kids run away doesn’t mean she ran away—plus the fact that Larry Lee had already been convicted of kidnapping and raping a 14-year-old girl in Florida. But since there was no investigation until Michelle’s remains were found two years later, the forensic evidence was all compromised.

You end up helping prosecutors and law enforcement connect some dots on related cases they’re working on involving Larry Lee Smith. Do you feel like your involvement affected the outcome for Smith?
I don’t want to take credit that’s not mine to take. It was Knox County Assistant District Attorney Leslie Nassios’ brilliant courtroom performance that ultimately manifested in Smith’s conviction [for a 2011 sexual assault in Knoxville]. When he got arrested for the latest crime and the prosecution for that came down, I was just this weird person lurking on the outside saying I was writing a book about this case. I slowly earned Nassios’ cooperation and sent her information and paperwork. Assistant district attorneys are very busy, so I just gave her anything I could that might help. She got motivated and understood what was at stake.

The thing with Michelle’s case—forensic anthropologist Dr. Bill Bass and his team were called in as soon as the remains were found and all the evidence was meticulously gathered, recorded, documented, and it was even sent to the FBI lab for analysis. All of that was lost. It’s all still missing. One segment of jeans remained mostly intact. If there was a chance DNA existed anywhere it was probably in that crotch fiber of those blue jeans, but it’s all missing. It’s just crazy tragic.

Do you still have hope that Michelle’s case will be solved?
I doubt that there’s much chance. There has been some renewed activity, but without any DNA or any physical evidence, or without any physical way to tie [Smith] to Crossville, there’s just a lot of really good speculation. Evidence is another matter.