Rossini, Base Ball, and the Three Rivers Rambler - The Knoxville Mercury 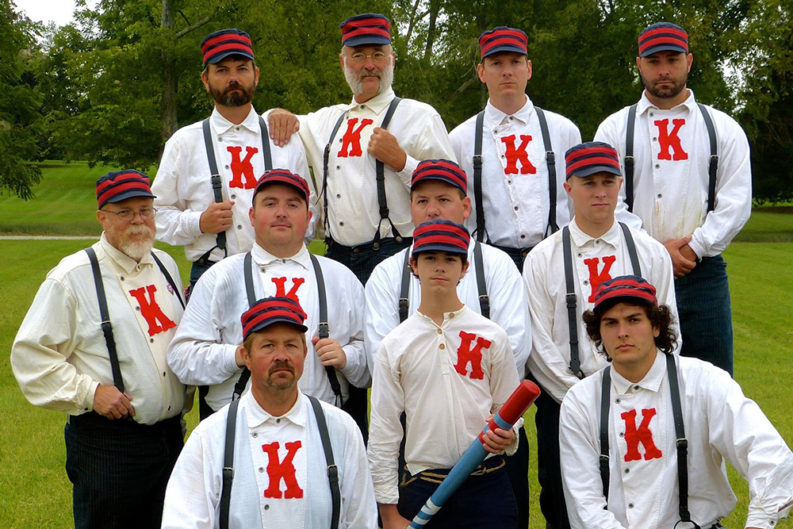 The Rossini Festival International Street Fair ostensibly celebrates the legacy of Gioachino Rossini (1792-1868), the Italian composer who had little to do with Knoxville, except that they came close to sharing a birthdate. Knoxville is about four months older than Rossini. However, the popular festival also echoes Knoxville’s early interestin opera, which dates back at least to the construction of a grand European-style auditorium on Gay Street in 1872 by Swiss immigrant Peter Staub (1827-1904). At the time, European opera, especially the work of Giuseppi Verdi (who had recently premiered Aida), and Wagner (Die Meistersinger, Tristan und Isolde), was more popular with the young than the old, who worried about opera’s moral influences.

Staub’s Opera House was a Knoxville landmark for over 80 years. Often a venue for operatic performances in its early decades, Staub’s was central to Knoxville’s first opera-oriented festival, the springtime Knoxville Music Festival of the 1880s. More often, it hosted drama, with actors like Lily Langtry and Ethel Barrymore, comedy by W.C. Fields, and lectures by major authors like Frederick Douglass.

Known as the Lyric Theatre after World War I, the original Staub’s building was torn down in 1956 for a department store that was never built. It served only as a parking lot for about 20 years before it became the location of modern Plaza Tower. Organized by Knoxville Opera, the Rossini Festival International Street Fair is mostly on Gay Street, and part of the site is alongside the location of Staub’s, which was just across the street from the Bijou Theatre.

Saturday is also the second home-game match for the Knoxville Holstons, the local vintage “base ball” team. Observing 1860s rules, the revived game, substantially different from modern baseball, even uses the original two-word spelling for their sport. “Base ball” was known to be popular in Knoxville by 1867, but may have been played here as early as 1865, with a legendary game (recalled by a participant but unconfirmed from contemporary sources) between former Union and Confederate soldiers. Known for certain is that the Knoxville Holstons were one of the city’s original teams, and they were declared state champions in 1867.

In those days, games were often played in a clearing at the foot of a steep hill below the 400 block of Gay Street. Today, there are big buildings on the old “Base Ball Grounds”—so most home games are played in the large field behind Ramsey House, the unusual stone 1797 home of Francis Alexander Ramsey (1764-1820), an early political leader influential in the earliest years of the state of Tennessee. He never lived to see a team sport, but this Saturday at noon, his back yard will host a match between the Knoxville Holstons and their recent rivals for the state championship, the Highland Rim Distillers, based in Franklin. Vintage Base Ball looks very different from modern baseball. Uniforms are different, and it’s a bare-handed sport, with no gloves, but fielders can put a batter out by catching a ball after one bounce. The Tennessee Association of Vintage Base Ball includes 11 teams statewide, all of them vying for the championship.

Base ball arrived in Knoxville just a few years after another major development, the railroad. Railroads were slow to arrive in Knoxville, mainly due to physical barriers like mountains and rivers, but Knoxville had regular passenger service for 115 years, from 1855 to 1970. Often visiting baseball teams arrived in Knoxville by train. This weekend, you can experience both vintage sports and vintage transportation, with a trip to the Base Ball Grounds by way of the Three Rivers Rambler. That unusual excursion train’s Vintage Baseball Express leaves from the new station near University Commons at 10:30, and runs at a leisurely pace about six miles to the Forks of the River area, where you can see the origin of the Tennessee River from a trestle. Adult round-trip tickets are $26.50, with discounts for seniors and children. (Part of the trip involves a five-minute bus ride from the train’s eastern terminal to the Ramsey House.) After the game, the return train will arrive back at the station at about 4:00. The Rambler will offer trips to five more games this year, on June 18, July 9, and August 6, 21, and 27.

For more about the train ride, see threeriversrambler.com.

Attending the Base Ball game itself, which is also accessible by automobile, is free. Beverages and snacks, including hot dogs, are available on site.

Gioacchino Rossini knew about riding trains, and though he lived long enough to see the original Knoxville Holstons play, he never had the opportunity. However, since the Rossini Festival lasts at least four hours longer than the Holstons game, this Saturday you can experience both.

The Knoxville Holstons, a leading team in the Tennessee Association of Vintage Base Ball, plays the game barehanded, as it was first played in Knoxville in the 1860s. This Saturday, historic Ramsey House will host a double header, the Holstons vs. the Highland Rim Distillers, and another local team, the Emmett Machinists vs. the Nashville Maroons. Photo courtesy of the Knoxville Holstons.