What Is Your License Plate Telling KPD’s Automatic Readers? - The Knoxville Mercury 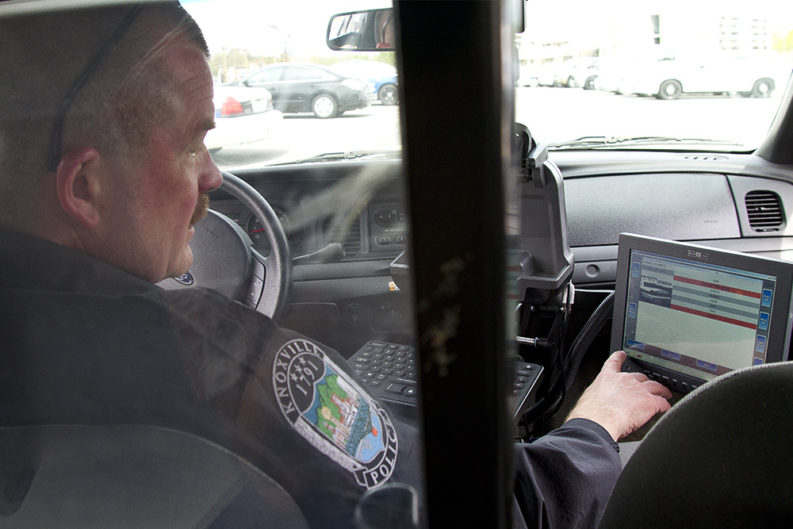 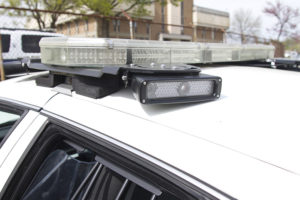 The laptop riding shotgun in Sgt. Will Wilson’s patrol car chirps quietly as he creeps through a parking lot in East Knoxville. It sounds a soft “ping” dozens of times a minute, one for each license plate it passes, reads, and catalogs. Mounted atop the cruiser overhead, four small lenses equipped with infrared and optical cameras cover a 360 degree field of view. Suddenly, the computer sounds an alarm, issuing three ear-piercing bursts in rapid succession. The cameras have hit on a suspicious vehicle.

Over the past several years, the Knoxville Police Department has used a handful of these automatic license plate readers, or ALPRs for short, as high-tech crime fighting tools, from identifying stolen cars to searching for vehicles after an Amber Alert to locating potential gang members. The department currently has two ALPR systems mounted on two different patrol cars, and it’s been using them with increased frequency and more methodically in recent months, records show.

In February, ALPRs recorded nearly 51,000 new license plates in Knoxville—a record number since KPD officers began filing monthly reports on their use in mid-2015—feeding into a temporary database of about 188,000 plates that are cross-checked for local crimes and warrants and also compared with data from the National Crime Information Center, a national list of infractions.

Privacy advocates for years have voiced concerns about the rise of this technology and how it’s being used by law enforcement. ACLU attorney Chad Marlow says it could potentially be used to target a specific person or group of people, amass large amounts of geographic location data to track someone’s activities or patterns, or cause legal issues if used for certain types of police work that may require a judge’s warrant.

Sgt. Wilson, who oversees KPD’s ALPR training program, says the department is well aware of those issues with data and takes steps to protect information gathered by the readers, which includes things like license plate tag numbers, geographic location, and some other metadata.

The alarm sounding in his patrol car is triggered by another police cruiser parked in front of KPD headquarters. The license plate pinged by the computer shows the vehicle as stolen. That’s because Wilson was able to add it to the hot list and load it into the system on the fly, a helpful tool when responding to a crime in progress, he says. The readers can catch hundreds of license plates per minute and probably more—“basically as fast as you can go it’ll record them,” he says—but he stops short of offering a real-world demonstration on public streets, citing privacy concerns.

“There’s no golden standard on what is private and what’s not, but our policy is to treat it as sensitive law enforcement information,” he says. The information is stored on a small server at KPD and deleted after 90 days, pursuant with a state law passed in 2014 aimed specifically at addressing similar concerns over privacy.

One of KPD’s ALPR-mounted police cars is often taken out on targeted patrols, while the other is mostly used to make rounds at public housing developments maintained by KCDC. The idea is to police areas that are targets of crime or locations where some known criminals may be hanging out. But an ACLU attorney says the department may be getting into a legal gray area by using the readers to specifically target “high crime” areas and public housing complexes.

“They can call it a ‘crime-plagued’ neighborhood, but I’d imagine that in many instances they’d be able to say ‘low-income’ or ‘community of color’ for that same neighborhood,” says Marlow, a New York attorney on ACLU’s Advocacy and Policy Council. “It’s one thing to have a warrant and use this technology to surveil someone particularly suspected of a crime, and it’s okay to use these in a general way to collect tolls or respond to Amber Alerts, but it’s another thing entirely to take these things into low-income neighborhoods or neighborhoods of color and have this be just another tool that disproportionately impacts these communities.”

Compared with many other police departments, KPD’s use of ALPRs is pretty light, although it has been using them with increased frequency and more methodically in recent months. The devices are more widely used by the Tennessee Highway Patrol, for example, which has four readers on cars patrolling its 11-county Knoxville district, and 60 total state-wide. Nationally about 70 percent of departments were using the devices in 2011, more than three times as many than reported using them in 2006, according to surveys by the Police Executive Research Forum.

According to KPD’s own statistics it has recovered at least 15 stolen vehicles, 12 stolen tags, and found one missing person since it started tracking ALPR performance in May 2015. At the time it only had one ALPR, a recently updated model that was given to the department years earlier in exchange for feedback by PIPS Technology, a Knoxville-based company that eventually sold its ALPR design to 3M. In September KPD purchased a second ALPR from 3M using $19,000 in grant money. Since both systems have come online the number of license plate recorded by the department has increased dramatically. It recorded just 3,450 new license plate reads in May compared with 33,286 new ones in November.

In mid-February the department started to actively track vehicles involved with gang activity, according to the reports. It began using a more detailed breakdown of local data that included information from the department’s gang unit. All of the reports made available by police show that some information has been redacted.

“The tag reader really does nothing more than draw an officer’s attention to something that might need to be investigated,” Wilson says. “I tell officers that it’s just like someone coming up in a parking lot and telling you a car is stolen. Until you investigate, you don’t know anything more than that.”

So far they’ve proven a useful tool, he says. KPD chooses to only focus on more serious crime, though it could potentially configure the system to hit on things like unpaid traffic tickets, expired vehicle registration, and other misdemeanors.

KPD Sgt. Will Wilson trains other officers on the use of automatic license plate readers, or ALPRs, a tool local police are using more often to track stolen vehicles and fugitives. Photo by Clay Duda.