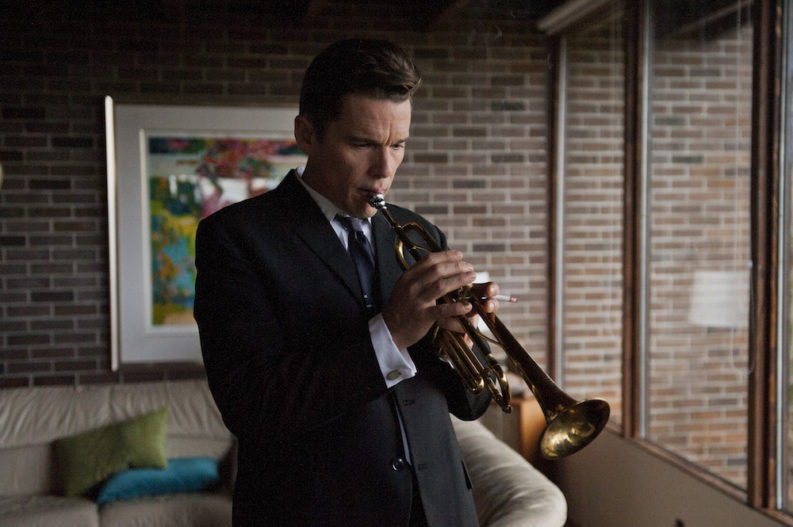 With its most high-profile feature film selections yet—including Ethan Hawke’s much-buzzed-about Chet Baker biopic Born to Be Blue—this year’s Scruffy City Film & Music Festival promises to fulfill its unique mission of celebrating “the musical heart and soul of film.” But the April 26-May 1 event is also facing a crossroads, according to longtime festival director Michael Samstag.

“Running this all-volunteer film festival is very important to me, and to see it continue to expand has been a great joy of mine,” he says. “With that being said, I do have some concerns regarding the future of the festival if we can’t expand our resources. We simply need more help from the community—both locally and statewide—to bring these amazing films to Knoxville or the future of the festival is uncertain.”

According to Samstag, half of the festival’s operating funds come from filmmaker submission fees, while the other half comes from Knoxville sponsors (including the Knoxville Mercury) and state and local film commissions. The festival’s biggest expenses involve filmmakers’ travel and accommodations, screening fees, and marketing expenses.

“For the festival to grow, we would need two to three part-time staff for the three months prior to the festival, and the budget for expanded venue costs and marketing,” Samstag says, adding that efforts are already underway to secure the resources needed to do just that for the festival’s 2017 edition.

This year, the festival is branching out with four screenings at Regal’s Downtown West theater on Thursday, April 29 and Friday, April 30. Previously, all screenings were at Scruffy City Hall (32 Market Square). The move westward not only upgrades the festival’s projection equipment—which are really needed for the larger studio films being programmed this year—but it also affords it a bigger room and potentially a new audience, Samstag says.

Organizers sifted through nearly 350 submissions from 40 countries, which they started collecting last October via FilmFreeway, a website that facilitates film festival submissions. Entries came as far away as Russia, including the Oscar-nominated short film We Can’t Live Without Cosmos, and Jamaica with Dancehall Is Us, an examination of dancehall music and culture.

Director of film programming James McNally says the festival is also stretching out conceptually this year.

“It’s relatively easy to find great music documentaries and we’ll continue to do that,” he says, “but we were on the hunt for some great narratives that featured music as a subject or as a character. Our two narrative features are quite different from each other but both add new dimensions to our festival.”

Those features are Born To Be Blue, which has played at major festivals and is about to have a wide theatrical release. It features an actual movie star in Hawke, serving up a creative reimagining of jazz trumpeter Chet Baker’s attempt to make a comeback after years of heroin addiction. The other film is West Of Her, which McNally describes as “a true discovery” making its world premiere in Knoxville.

“One of the things that drew us to this was the incredible soundtrack by Ariel Marx, a young composer from New York, who also performs on fiddle, viola, mandolin, banjo, and guitar,” McNally says. “She was named a ‘Composer to Watch’ by ASCAP and we’re delighted that, along with the film’s director Ethan Warren, she’s coming to Knoxville!”

There is a full slate of performances, screenings, panels, and parties to be found at: scruffycityfilmfest.com. Festival passes are $40.