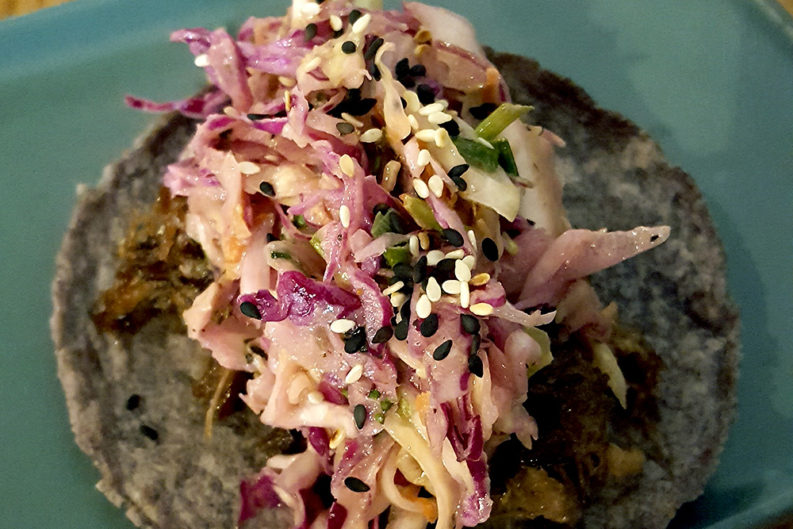 I’ve never really been a fan of columns that begin with caveats, but it seems fair to mention that while I normally don’t accept comped meals from restaurants I’m reviewing, I did dine on Babalu’s dime during their pre-opening weekend. I also received a gift from them in the form of an ingratiatingly orange T-shirt emblazoned with an unfortunate reference to “Guacy Top.”

It’s also fair to say that I was fully prepared to dislike the place. Not only was it a nascent chain (and one that yet again co-opted and fiddled with cuisine from our many neighbors south of the border), it was also seemingly designed to be a loud place for drinkers to get their party on—definitely not my cup of té.

And yet, despite being part of a larger conglomerate of restaurants (Eat Here Brands, which also owns Five Guys Burgers and Fries), Babalu gets a lot of things right and manages to keep its eye on fresh food that, at least most of the time, appeals to the eye, the palate, and the gullet.

Babalu’s signature starter—guacamole—is one of those rare moments in my restaurant experience that manages a seamless incorporation of both entertainment and taste. Made tableside, it’s a fresh and delightful overture that incorporates traditional ingredients and a surprising sprinkle of sun-dried tomato. The attention Babalu gives to ripening avocados deserves a mayoral fist bump all by itself. 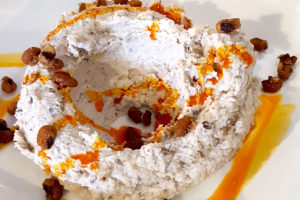 Another starter, black-eyed pea hummus, is likable if less exciting. It’s a dense dollop of dip that will probably appeal to folks who love this legume as much as I do. It arrives decorated with a little bit of attractive if ineffectual paprika oil and a handful of black-eyed pea “popcorn” that adds a nice crunch. If I were eating this at home, I’d be tempted to add some spice to brighten up the flavor. Still, I enjoyed it, but then almost anything could taste great if it came with Babalu’s tortilla chips that manage to be warm, crunchy, and well-seasoned despite the hour or crowd.

In fact, one of the best things about the restaurant is that during all of my visits the food has been remarkably consistent—even during a Saturday night rush. And after waiting for almost an hour for a table, a fulfilled expectation of quality is a welcome balm. My only complaint about that particular visit was that the aisles seemed to be swallowed by chairs and trays—a little too crowded for safety.

Such constancy really shines in the form of a fried oyster taco. It’s a delicate bivalve that gets equally delicate treatment from this often harried kitchen, so it arrives perfectly fried every time: warm and crispy and wrapped in a batter of nearly perfect texture. The taco is dressed with a complimentary mix of hot-sauce slaw and radish that make nice highlights to the oyster. But the mix of delicacy and balance doesn’t hold true for every taco.

In the case of the tacos de pato, a bit of orange- and soy-braised duck all but disappears under a mountain of cilantro-vinegar slaw; even a soy sambal glaze barely manages an appearance. A filet of grilled redfish fares a little better though even its flavor is diminished rather than enhanced by a heap of Fresno pepper slaw, and I don’t recall even tasting the presence of jalapeño-poblano vinaigrette.

A shrimp and chorizo skillet however, doesn’t suffer from savor confusion as each element makes a flavorful impression. While in another dish this could be a harsh competition for attention, here it all works—the fiery bite of chorizo and the sweetness of shrimp make a kind of comestible yin and yang moment that gets a welcome textural support from crispy rice and the fresh crunch of a tri-pepper hash. 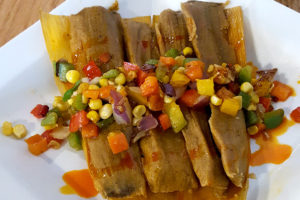 Unfortunately, a small plate of Mississippi Delta tamales didn’t fare so well. They arrived skinny, flat (almost pressed), and had a pliable texture without much in the way of distinguishing flavor. But to be fair, Knoxville’s bar for tamale excellence is set pretty high.

Some of the best bites on this menu come from the side orders. Local braised greens are tender but not sloppy and arrive in a broth (dare I say potlikker?) that is an excellent example of concentration without sodium overload. Mexican street corn, available on or off the cob, is a joyfully indulgent street food that combines grilled corn, mayonnaise (sometimes called aioli, depending on which server you have), and spices. Even the odd combination of a European potato recipe with an Asian glaze being served in a Latin-themed restaurant works, and I was taken by the garlic rostï potatoes with teriyaki glaze; the essence of the finely diced potato was complemented, not drowned, by the intensity of the seasoning—which created a lovely, almost gooey web of good taste.

It’s also worth noting that Babalu offers a well executed version of grilled Caesar salad—if you’ve ever tried to grill romaine lettuce at home, you’ll appreciate this dish, which is garnished by batons of radish, a generous sprinkle of Cojita cheese, and piles of croutons that I would eat as a snack.

My quibbles aside, most of the people I talk to seem to really like everything Babalu, from the boisterous atmosphere to the menu that often tastes as good as reads. And honestly, it’s hard not to catch the Babalu spirit when things are really rockin’ in there. It’s a communal, happy place where you’ll probably talk to a stranger whether you like it or not—and that’s not necessarily a bad thing. 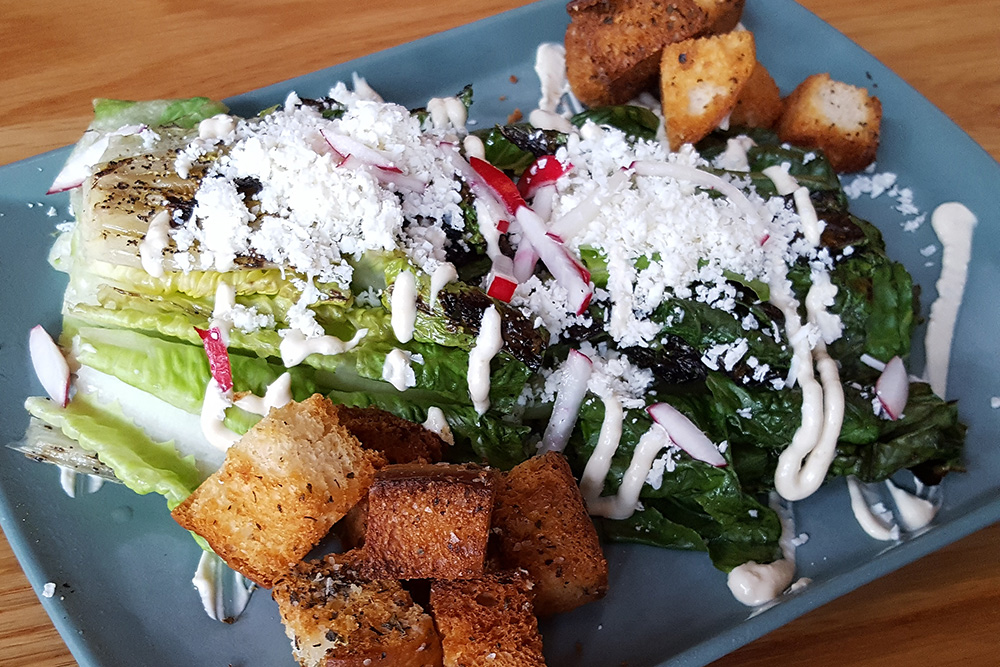