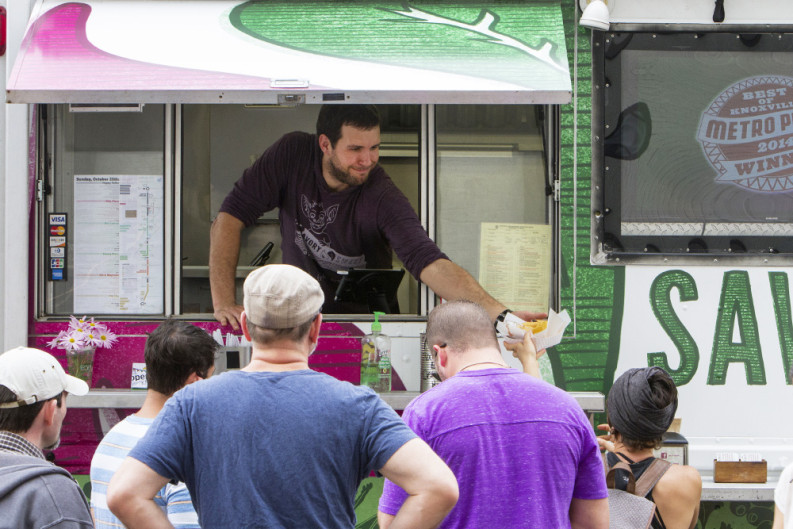 Over the past two years food trucks have operated in Knoxville under a pilot program with similar rules to the proposed permanent regulations, although not everybody is happy with what’s on the table. On one side is a neighborhood group that has concerns about allowing the use of smokers and having food vendors in parks and close to property lines. Some owners of food trucks and other businesses have said the proposed property line setbacks are too prohibitive and could stop food trucks from visiting some establishments even though there have been no complaints under the pilot program.

The proposed regulations have undergone a series of near-votes from City Council and a handful of revisions since being drafted in late 2015. City Councilors postponed voting on the ordinance during their last meeting on March 29, kicking the proverbial hot dog stand down the road until Tuesday, when the issue will be revisited and, perhaps, voted on. City Council meets at 7 p.m. Tuesday in the Main Assembly Room at the City Council Building, 400 Main St. in Knoxville.

The neighborhood group Community Forum has been successful in pushing for some revisions to the food truck regulations, having setbacks from property lines increased from 50 feet to 100 feet (the group originally requested it be changed to 200 feet). The city also made some other changes to the ordinance at the group’s request, but so far it has refused to ban the used of meat smokers.

The owner of Casual Pint in Fountain City started an online petition against the setback requirements, saying it would essentially bar food trucks from serving his business (the petition has gathered 686 signatures). The bar’s parking lot is separated from nearby condos by a retaining wall.