A Record-Setting Weekend at the Barkley Marathons, the Race That Eats Its Young - The Knoxville Mercury 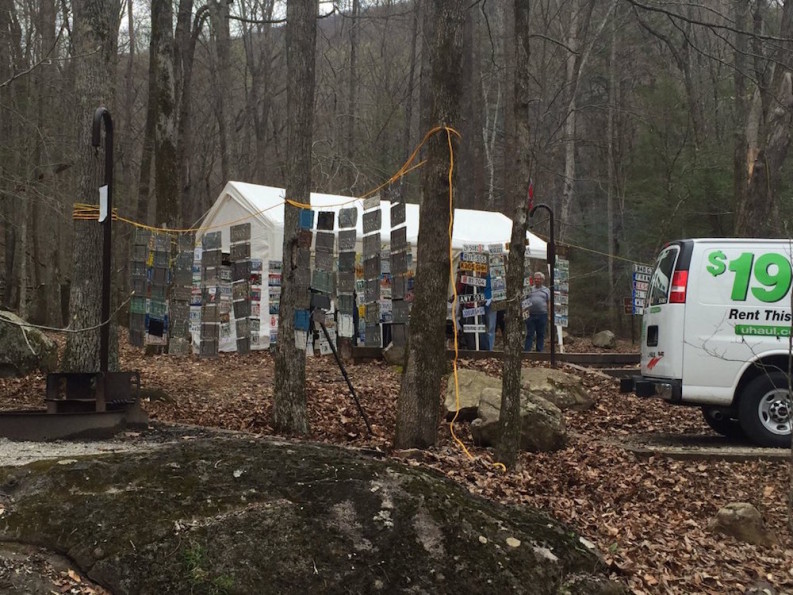 For the first two decades of its existence, almost no one who hadn’t run in it knew about the Barkley Marathons. Over the last few years, it’s become a minor pop-culture phenomenon, starting with a 2007 blog post in The Washington Post (it’s no longer available, but the writer took part in a Q&A about the story that you can read here) and ending up with The Barkley Marathons: The Race That Eats Its Young, a 2015 feature-length documentary about the race. (In between, I wrote a story for Metro Pulse about the 2011 race. There have also been stories in The Believer, The New York Times, Outside, Runner’s World, and many other publications.

The Barkley cult’s recent growth is related to America’s interest in marathons and ultramarathons, trail running, long-distance and ultralight hiking, and tough mudders and obstacle races. But among those tough-guy endurance contests, the Barkley is still unique. It is among the most difficult endurance events in the world, by almost any measurement: a 100-mile trek—five 20-mile loops—up and down the mountains in Frozen Head State Park, about an hour northwest of Knoxville, most of it off-trail, with only map, compass, instinct, and experience allowed for navigation. (The actual distance is estimated to be as much as 130 miles; the course changes slightly every year.) “Runners”—because of the distance, the time, and the terrain, the race amounts to a long hike—face thorny brambles, unpredictable early East Tennessee spring weather, sleep deprivation, and a cumulative climb equal to twice the height of Mount Everest. The course records at other prestigious 100-mile races are around 15 hours; the record at the Barkley is just a few minutes over 52 hours. Only 14 people have ever finished the full distance. 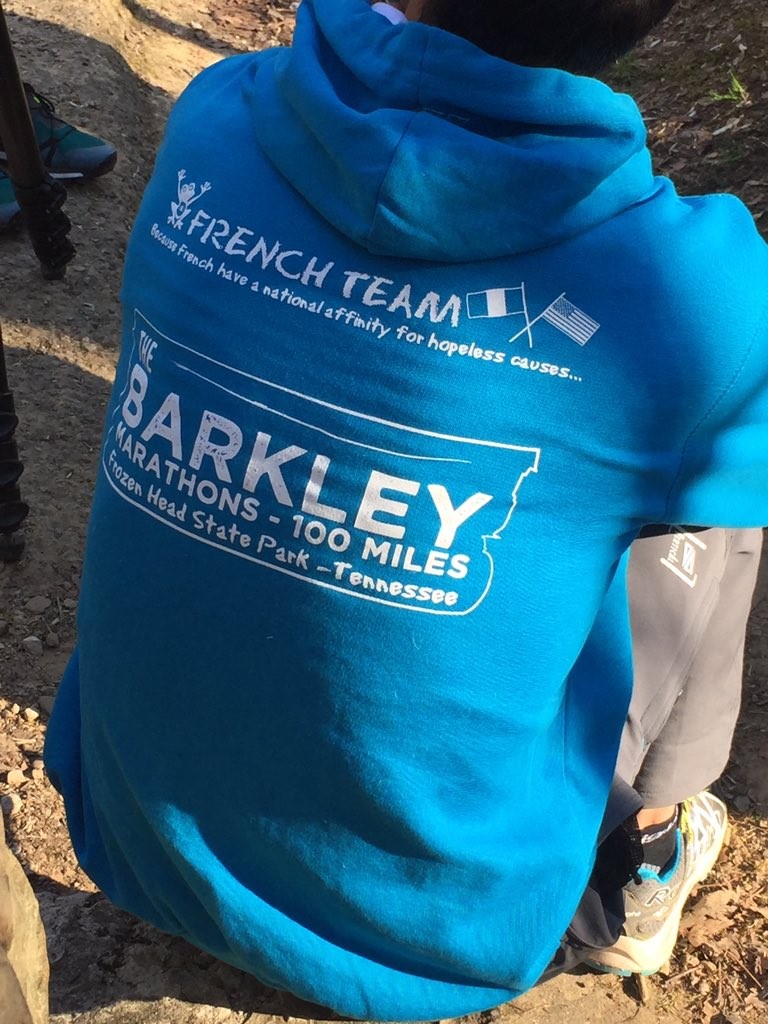 The particular—some might say perverse or sadistic, but that’s not really the case—difficulty of the Barkley is matched by the peculiar culture that has developed around it since it was established in 1986. If you don’t know someone who’s run the race, it’s almost impossible to learn how to enter. If you figure it out and beat the odds to get accepted, you’re sent a message of official condolences. The starting time, which changes every year, is always a secret to everyone except co-race director/co-founder/Barkley svengali Gary “Lazarus Lake” Cantrell. (Cantrell, who lives on a farm in West Tennessee, is the source of most of the race’s eccentricities.) Despite the race’s reputation, though, Cantrell isn’t a cruel or malicious man. He’s descended from the great American humanist tradition of Henry Thoreau, Mark Twain, and Walt Whitman, with a dash of existentialism. Running the Barkley is what matters, not finishing. The challenge is to face the challenge, not to defeat it. You can’t beat the Barkley anyway. “It’s inspiring,” he told me in 2011. “This is an incredibly hard thing, and they’re trying to do it.”

Late Monday night, at about 10:15 p.m., Jared Campbell became the first person to finish the Barkley three times. Campbell, a long-distance hiker, mountain runner, and climber from Utah, also finished in 2012, the year documented in The Race That Eats Its Young documentary, and 2014. Hundreds, maybe thousands of people around the world were following #BM100 on Twitter. It was a more dramatic finish than fans expected when he set off on his last loop—the final 20 (or probably more) miles took longer than anticipated, and he came in with just 30 minutes to spare. Two other runners, Gary Robbins and John Kelly, set out on the fifth loop but returned to the race campground without finishing. (Kelly took a nap just 200 feet up the trail at the start of his fifth lap. He was calculated as a long shot to finish at that point.) 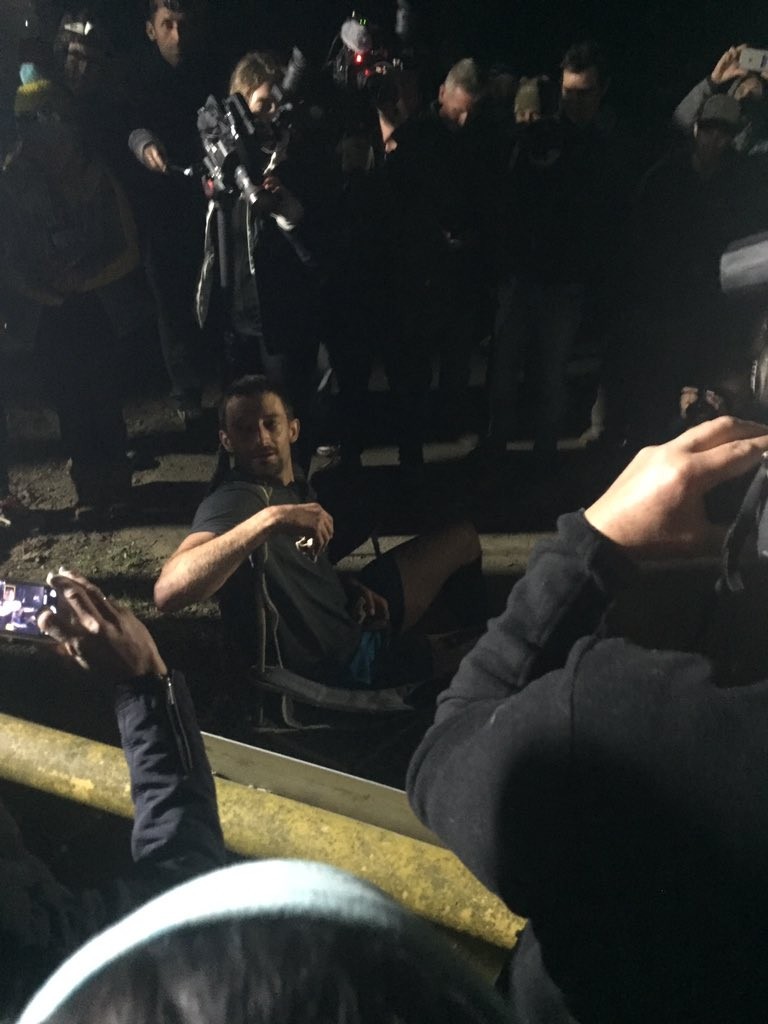 Jared Campbell at the finish of the Barkley Marathons in 2016.

Campbell has now earned a special place in the race’s folklore. But is he the best Barkley runner ever? The question seems to fly in the face of the Barkley ethos—the competition is against yourself, not the other runners—but it’s unavoidable. Three finishes is more than anyone else, but Brett Maune, a physicist from California, set the course record—more than three hours faster than the next-fastest time—in 2012, the second of his back-to-back finishes. (He was the first person to finish more than once.) And his 2011 Barkley was a heroic effort that might have netted a record time if not for a last-lap course change prompted by a small wildfire.