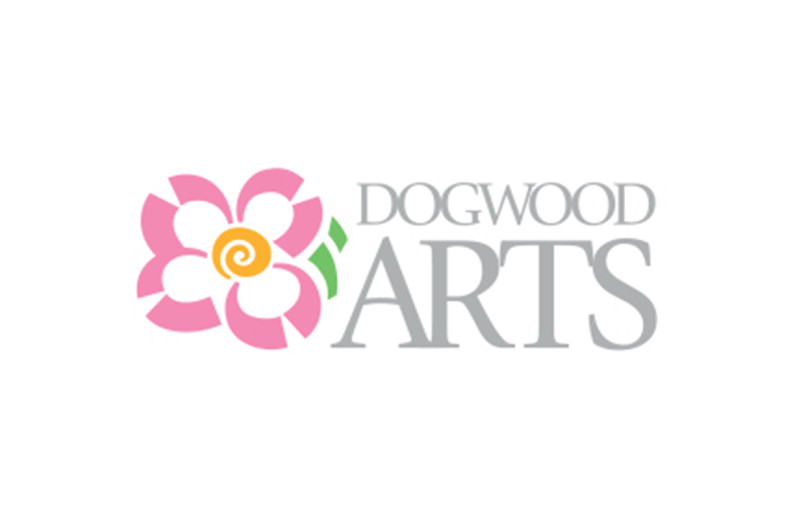 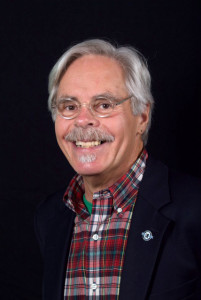 Tom Cervone began his first year as executive director of the Dogwood Arts Festival last August by making a little change that represents a bigger one.

The nonprofit is in the process of dropping “Festival” from its legal name. The reason, Cervone says, is that Dogwood Arts actually organizes or runs so many events year-round—including the Rhythm N’ Blooms music festival, the huge winter House & Garden Show at the Knoxville Convention Center, the Knoxville Film Festival, and the Art in Public Places program that provides a rotating array of sculptures by city streets and parks as well as Tyson McGhee Airport.

Even after researching Dogwood Arts Festival during the process of applying for the job, Cervone says, “I didn’t realize how much Dogwood actually did until I got here.” When asked during the job application process what Dogwood’s biggest strength and weakness was, his answer to both questions was the same: the brand.

“It’s so iconic and grounded in this April celebration,” he says. “But traditions run deep here, and we want to respect the tradition of Dogwood, which is long.”

Inspired by an insult, the now-iconic Dogwood Trails were created in 1955. Visiting New York writer John Gunther declared in 1947 that Knoxville was “the ugliest city I ever saw in America, with the possible exception of some mill towns in New England.” The following decade saw a slew of similar judgments published in national magazines.

Today, civic leaders strive to bring residents and visitors downtown. But back then, because downtown was sooty and littered with garbage, the goal was the opposite: To get people out of the urban core to see the city’s prettier neighborhoods. (Remember, this was the dawn of the Age of the Car, and thus also the dawn of the suburbs.)

Three Knoxville Garden Club members established the Dogwood Trails, which change every year and now number a dozen. In 1961, the first Dogwood Arts Festival came to Market Square as part of the celebration. Thanks partly to the involvement of the Foothills Craft Guild, it quickly attracted regional and national artists. But as downtown began to suffer in the 1970s and 1980s, the festival devolved into a glorified craft show that some compared to a rummage sale, offering painted pine cones and saws, and slightly embarrassing the populace.

That began to turn around in the 1990s, and many credit Cervone’s predecessor Lisa Duncan with further enhancing the quality of the artwork as well as the festival’s music arm, Rhythm ‘n’ Blooms, which has come into its own. The art festival on Market Square attracted more than 100,000 visitors last year.

Cervone says we won’t see any significant changes to what events these festivals include or how they operate this year. (“Nothing’s broken,” he emphasizes.)

What he does want to change is Dogwood Arts’ role in the community, increasing its partnerships with other arts organizations and raising its profile so donors understand all that it supports.

“When I decided to go for this job, I put every fiber of my being into it,” Cervone says. “I felt like I could help push Dogwood out more by partnering with other arts and culture brethren.”

The Pittsburgh native says although he was attracted to the job because of his lifelong love for the arts—he has a master of fine arts from the University of Tennessee and managed its Clarence Brown Theater for 23 years—his primary focus initially is on Dogwood’s finances.

While at Clarence Brown, Cervone earned a masters in business administration. “I learned what we needed to do to turn around Clarence Brown in terms of fundraising,” he says.

He hopes to apply that knowledge and his experience from a decade working for a private utility company (eventually as human resources director) toward making Dogwood more financially sound.

“I don’t want to go down like the Titanic,” he says.

Federal tax forms show that Dogwood Arts is in the black, clearing $63,377 after expenses for the fiscal year ending June 30, 2015. With net assets and fund balances included, it had $147,599. But the organization had received just $3 million in donations over the previous five years combined.

Cervone wants to increase that revenue stream so Dogwood Arts is less reliant on ticket and merchandise sales. A big fundraising campaign is probably in the cards, he says, because “we want to come to the end of the year with money we can put in the bank and not scoot by. We have some debt and no reserve. The goal is to establish a really strong annual fund and establish a cash reserve so we can be more creative and experimental.”

But Cervone says he doesn’t anticipate paring back any of Dogwood Arts’ major events, although the Knoxville Film Festival will shrink by a day this year. The four-day event attracted 274 film entries from 34 states and 14 countries, but Cervone says attendance was poor for some of the screenings. The festival is a partnership between Dogwood and the Secret City Film Festival of Oak Ridge. The initial three-year agreement between the two ended last year, but Cervone says they recently signed a one-year continuation contract that includes collaboration with the UT film program. The future of the film festival depends on how things go at the three-day version slated for August.

UT involvement may help. Cervone says close relationships he built during his years at UT with leaders in the art, theater, and music programs should give Dogwood Arts a chance to enhance and cross-market its offerings.

For example, Dogwood puts on A Very Special Arts Festival at West High School in April for Knoxville students with disabilities, and Cervone hopes to add an acting or dance workshop to the mix through his contacts in the performing arts community.

A higher-profile example could be an event “cohabiting” Rhythm N’ Blooms with Volapalooza, giving Rhythm N’ Blooms a presence on campus and bringing more college students to the downtown musical events. Cervone says he is interested in working with the university on a subsidy that could discount Rhythm N’ Blooms tickets for students.

“Reaching out to UT is a natural partnership,” Cervone says. “How do we get that demographic—millennials—we really need, who are members of the audience of the future?”

He acknowledges that since the Great Recession, Knoxville has donor fatigue, but he says arts organizations need to partner better and compete less. “I would like to grow the pie instead of cutting it into 58 different pieces,” he says.

His long-term vision is an even bigger collaboration. “Someday maybe Dogwood can be somewhat like a Spoleto,” he says. “We could coalesce with the Rossini Festival and Big Ears, with more performance art and music.”

In the immediate future, Cervone hopes to raise Dogwood Arts’ profile with its upcoming move from an upstairs office on Gay Street to a storefront on Jackson Avenue, where it will have a gallery and be able to host small music and art events.

Before taking the job at Dogwood Arts last summer, Cervone spent short 18-month stints at his previous two jobs: as the first executive director of the Historic Tennessee Theater Foundation and as the director of UT’s Professional Executive Master of Business Administration Program. Basically, Cervone says these were great opportunities but failed to satisfy his artistic passion. At the Tennessee Theater, he says, “I was booking the art but wasn’t able to build it,” because that job is contracted to AC Entertainment. While he ran the MBA program, he served on the boards of local arts organizations such as the Arts and Cultural Alliance of Greater Knoxville and the River and Rail Theater Company, but found they only whet his appetite for the arts.

His ongoing involvement with so many arts groups offers opportunities to expand Dogwood’s year-round role in supporting the art community. Cervone says he hopes to hold a focus group of local artists to discuss how the organization can serve them better. And he is looking for ways to repair some “if not broken, charred” bridges.

“I think there were hurt feelings in the last few years that people felt Dogwood didn’t support local artists,” Cervone says, mostly emerging from decisions about which artists would be displayed on Market Square during the festival. As Dogwood moved to enhance its aesthetic, some longtime local participants were dropped.

He also says he wants to try harder to involve Knoxville artists in the Art in Public Places program (which receives little donor support and which few people even realize Dogwood runs). He says a young musician passing through Knoxville late last year noticed the complete lack of public art by Knoxvillians and wrote letters to him, his board, and other local leaders, taking them to task.

A dozen new sculptures have been installed around downtown within the last few weeks, but none are by Knoxville artists. The Chattanooga-based artist who judged the entries this year was asked to focus on artists closer to home, Cervone says, and three Tennessee sculptors were among those included. But he acknowledges, “We have to work on that.”

Correction: We misquoted John Gunther as referring to Knoxville as “the scruffy little city on the Tennessee River.” That line was actually from Wall Street Journal writer Susan Harrigan in a story about preparations for the World’s Fair in 1980.