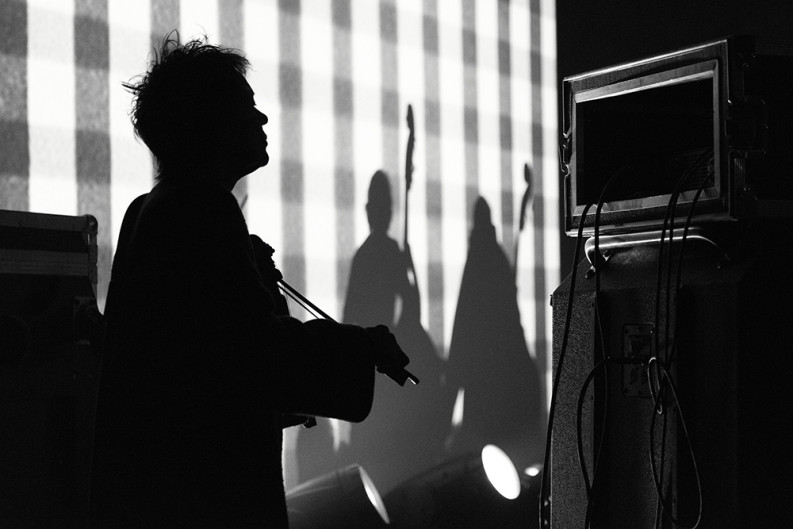 The biggest Big Ears yet wrapped up on Sunday afternoon at Ijams Nature Center with an immersive and stirring outdoor performance of Inuksuit, an hour-long piece of environmental music by the festival’s 2016 composer in residence, John Luther Adams. Dozens of percussionists (and one piccolo player!) were stationed around the trails near Mead’s Quarry, striking up an elaborately timed chain reaction of drums, bells, triangles, more drums, xylophones, cymbals, and some untraditional instruments—I saw at least one conch and a hand-cranked air-raid siren. 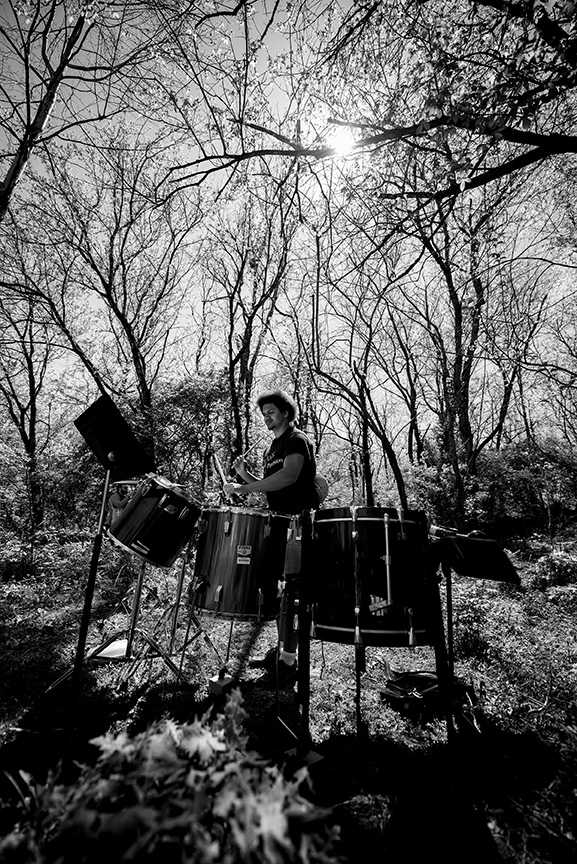 Hundreds of people with toddlers, dogs, and picnic baskets wandered around. The whole scene—the crowd, the 360 degrees of music, the sunshine, the bone-deep exhaustion after 72 hours of bleeding-edge music performances—generated some of the most intense and widespread good vibes I’ve ever felt in Knoxville. Even the parking lot, which was full an hour or more before the music started, mostly succumbed to the atmosphere of collective laid-back goodwill.

Knoxville feels like a different city during Big Ears, AC Entertainment’s annual frenzy of avant-garde, off-the-wall, left-of-center, ahead-of-the-curve music programming. This year the city felt more different than ever during the festival, with the addition of two new venues (the Mill and Mine, on Depot Street, AC Entertainment honcho Ashley Capps’ enterprise with preservationist developers David Dewhirst and Mark Heinz, and the Sanctuary, the former First Christian Church on Fifth Avenue, now owned by Dewhirst and Heinz); the biggest crowd yet (a near-total sellout, with more than 8,000 people attending over three days, according to Capps); and more events than ever, including jam sessions, films, panel discussions, secret shows, surprise collaborations, spoken-word performances, and the free outdoor finale at Ijams.

I saw and heard about 15 hours of music from Thursday evening to Sunday afternoon, from the chamber-Celtic folk of the Gloaming to the post-punk/traditional Greek lute music mashup of Xylouris White, from several sets of variously far-out jazz (the Anthony Braxton Trio, Mary Halvorson, Marc Ribot, and Vijay Iyer and Wadada Leo Smith) and the telepathic piano/bass/drums improv of the Necks to Sunn O)))’s intestine-shaking art-metal ceremony at the Tennessee Theatre. (That was very likely the loudest concert I’ve ever attended.) That’s only a fraction of the weekend schedule, but I can’t imagine absorbing anymore; I was at the upper limit of what I could handle without diminishing returns. Almost every single show exceeded my expectations, and those were generally high. 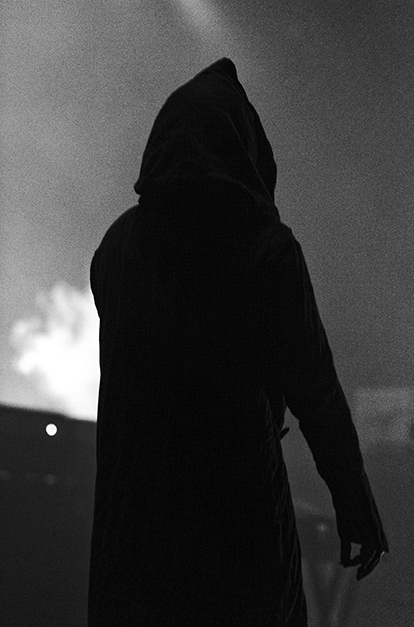 And besides hours of some of the best music I hear live in a year, there are unexpected pleasures: watching Halvorson play from a seat right behind Braxton, her former teacher at Wesleyan University; seeing Will Oldham at a beer exchange on Gay Street; introducing my 74-year-old father to 21st-century classical music at Ijams; or watching a handful of local guitar heroes marvel at Ribot’s technique from church pews.

Still, I missed some much-discussed performances that would have been at the very top of my list under different circumstances: the Knoxville Symphony Orchestra’s performance of Adams’ elemental Become Ocean at the Tennessee Theatre; the legendary space-jazz outfit the Sun Ra Arkestra; three sets by the local new-music ensemble nief-norf; either of the two performances featuring improv harpist Zeena Parkins; Tuareg guitarist Bombino; the Chicago contemporary-music group eighth blackbird’s late-night session with Nico Muhly and Philip Glass sitting in; the psychedelic cosmic soul jazz of Kamasi Washington and his large band; or either of the sound installations at the Sanctuary or the Standard. (I also missed the Yo La Tengo Thursday drone/jam session, which inspired some serious grouching from fans who wanted to hear Yo La Tengo songs. Other listeners suggested an hour-long set of feedback and noodling was perfectly appropriate for the occasion. Either way, that band just has a hard time in Knoxville anymore.) 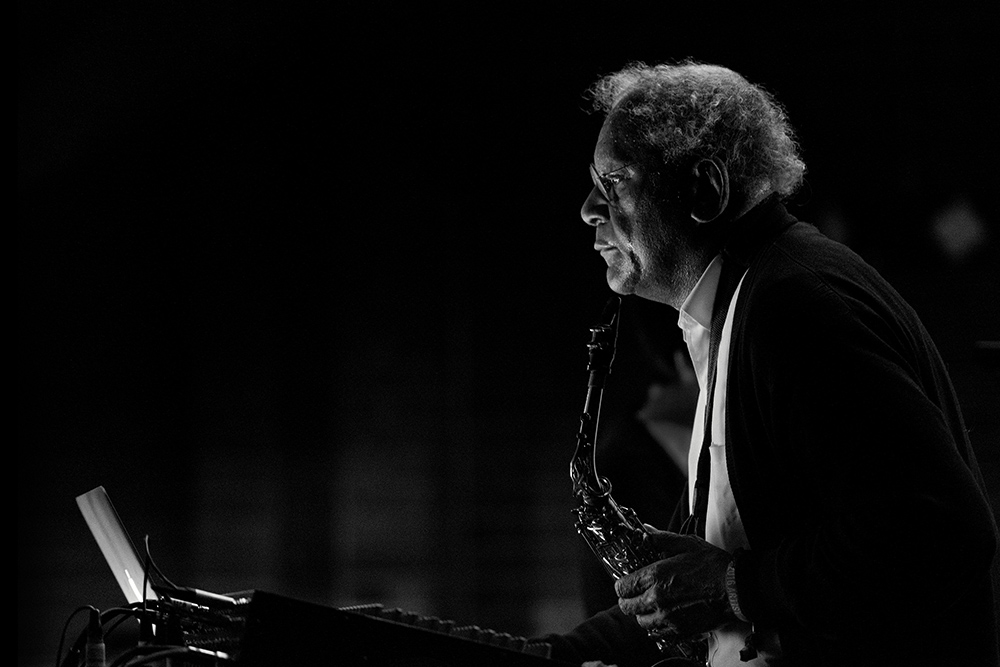 The festival gets good reviews from national publications every year. This time, New York Times critic Ben Ratliff fairly gushes—“a rare, intuitive and ultimately anti-commercial vision, presented with purpose and first-rate sound on a thoughtful scale to a growing audience that isn’t even close to jaded about it,” he wrote on Sunday. Rolling Stone’s Christopher R. Weingarten, in his review, describes Big Ears as “the most adventurously programmed music festival in America.” The Guardian offered a 3,000-word, three-day Big Ears diary. Billboard, Consequence of Sound, and The Wall Street Journal weighed in, too, and there’s likely more to come.

There were some new problems this year—several venues were filled to capacity on Friday and Saturday, with long lines waiting to get in if anyone left, and Sunn O)))’s late start broke up some carefully crafted schedules on Saturday night. (The downpour on Thursday night wasn’t AC Entertainment’s fault.) Those are minor inconveniences, but it’s hard not to worry about the festival outgrowing its environment. “The days of cavalier show-hopping were replaced by long lines and strategic queuing,” Weingarten wrote in Rolling Stone. “Big Ears is not exactly the drone Coachella—but the secret is definitely out.”

For now, though, it’s still one of the best things that happens in Knoxville, and, maybe surprisingly, something that I don’t think could happen anywhere else.

More Big Ears coverage: last week’s preview, photo galleries from days one, two, and three, and Jack Neely’s column about his secret encounter with a couple of festival performers.