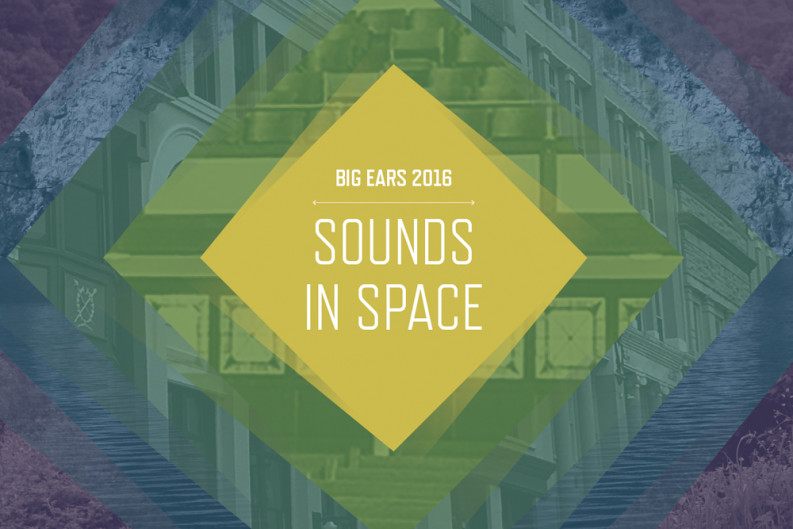 Big Ears isn’t cheap—and most of it is sold out, anyway. But there’s still plenty to do even if you can’t get a weekend pass. Here’s a quick rundown of free events available, starting tonight and running through the finale on Sunday.

Knoxville Obscura
This is free programming—a sort of old-fashioned intellectual salon—scheduled all weekend at the Jig and Reel in the Old City. It includes presentations by our friends at the Tennessee Archive of Moving Image and Sound, our other good friend Jack Neely, spoken word performances, a conversation with festival composer in residence John Luther Adams and percussionist/composer Steven Schick, a presentation by the North Carolina filmmaking crew Rock Fish Stew on their ongoing Big Ears documentary project (RFS will also have samples of their work on display at Zach Searcy Projects gallery at 317 N. Broadway) , and a couple of surprise special performances—one tonight at midnight and another on Friday at 3:30 p.m.  Check the Big Ears website for the schedule.

Shambhavi Kaul: Modes of Faltering
A two-day installation (Friday and Saturday) at the University of Tennessee’s Downtown Gallery by the video artist Shambhavi Kaul. Planet, a selection of her short films paired with a live reading, is part of the Big Ears/Public Cinema film programming this weekend. “I met her in Toronto last fall, and she was the first name that came to mind when we began the collaboration with AC Entertainment,” Public Cinema’s Darren Hughes says.

Inuksuit
And, of course, the grand finale on Sunday at noon: a performance of Adams’ Inuksuit at Ijams Nature Center. It’s an encore performance—nief-norf, the local contemporary music ensemble that’s organizing this concert, staged a similar performance in 2014. From the Big Ears website:

“Composer-in-residence John Luther Adams’ Inuksuit is a massive, concert-length work, designed to be performed and experienced in the open air beyond the walls of a concert hall. Inspired by the Inuit stone structures of the same name, Inuksuit evokes a sense of place by calling upon the performers to shape the music around the physical space of its outdoor location, in effect creating a literal sonic landscape. The musicians will begin together at a central point at Knoxville’s Ijams Nature Center before dispersing throughout the environment far and wide, at times separated by such distances that only faint echoes of sound may be heard by one another. As such, the piece is not meant to be passively witnessed from a fixed perspective; listeners shape their own musical experience by moving around the area, free to explore the bevy of timbres interacting with their own body and their surroundings. By walking through the environment, listeners often discover private musical moments that are irreducibly singular to each listener’s wandering path.

“Inuksuit represents an integral step in the increasingly vast and expansive musical experiences Adams has crafted over many years. While the composer’s preceding work was often inspired by or evocative of a pre-existing place or ecology, Inuksuit exists as its own musical ecosystem, each performance unique to each location in which it is performed. Its outdoor realization isn’t a novelty as much as it is a necessity, with its scope exceeding the capacity of an enclosed space in every way. The diverse array of percussion instruments, colorful timbres, and dense layers of rhythmic complexity interweave together, amassing dynamic extremes that range from the powerful and visceral to the subtle and microscopic. The resulting texture of Inuksuit continually evolves, facilitated by the distant performers listening and reacting not only to each other, but also responding to the landscape. In moments of stillness, the environment itself emerges from the aural texture as a gentle reminder that there is always more to be heard if we just listen with big ears.”

Knoxville Trolley shuttles will run from the Mill and Mine (225 Depot St.) to Ijams starting at 10:30 a.m.