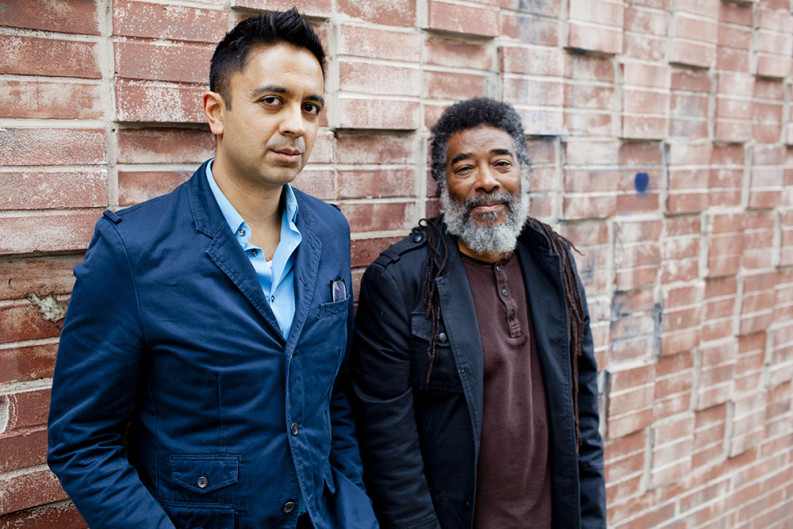 Vijay Iyer plays and composes for multiple instruments. He is a MacArthur Fellow. He is the current artist in residence at the Metropolitan Museum of Art. He is a writer, producer, and educator—currently the Florence Rosenblatt Professor of the Arts at Harvard University. The music he makes is diverse and—aside from a small number of not-limiting characteristics—unpredictable. As a musical thinker and adventurer, Iyer rewards attention by helping a listener remain open to what is possible.

Iyer appears not to be aware of any limits to his creativity or capabilities. Is such a thing learned or somehow fixed in one’s personality or genetics?

“I’ve mainly learned from others who I hold in high regard, like Steve Coleman and George Lewis and Wadada Leo Smith,” Iyer says from his home in New York. “And my wife, Christina Leslie, who is a scientist. They set the bar pretty high in the amount of rigor and dedication that they bring to any situation and the exhaustive nature of their personal research, and their various quests for new information and new challenges. I got to know Herbie Hancock a little bit a couple years ago, and I’d put him in this category. Maybe it’s not even a category—just a set of attributes or something like that. Really, you challenge the notion of category. You follow the work, and the work kind of leads you to these unexpected outcomes.

“For me, that work is largely about collaboration. It’s about pushing the ideas as far as I can, and learning from others. I’m not so interested in remaining fixed or stable. I got to work with a lot of elder musicians who opened my eyes and ears to a lot of different possibilities. The stuff I do collaboratively is usually pretty intensive. We develop stuff over a long period of time and let it grow organically.”

Iyer is modest but justified when he deflects credit in the direction of his esteemed associates. He leads or belongs to numerous ensembles, several of which are 20 years old. Iyer has been playing with trumpeter and composer Wadada Leo Smith (as a member of the latter’s Golden Quartet) for more than a decade. In Knoxville, Iyer and Smith will perform music from their new recording, A Cosmic Rhythm With Each Stroke. The recording features Iyer (on piano and scant electronics) and Smith performing as a duo. The late Indian visual artist and memoirist Nasreen Mohamedi—in honor of whom the title suite was commissioned—is also present.

Smith has cultivated a long career of innovation and brilliant music-making. He first attracted attention during the 1960s while playing with Anthony Braxton, with whom he founded the Creative Construction Company. Smith was an early member of the Chicago-based Association for the Advancement of Creative Musicians, alongside provocateurs like Lester Bowie and Henry Threadgill. In comparison to the sometimes jarring music of his peers, Smith’s playing is restrained, meditative, and often pretty.

Smith is open to the possibility that people have different motivations for making music.

“When you create something, you do it to enrich yourself and to enrich others,” he says. “It’s not about challenging anyone.”

A listener makes the observation that Smith’s roster of collaborators reads like a who’s who of jazz groundbreakers, and that Iyer makes a different sort of sound than the players with whom Smith was first heard. Does he have criteria for those he will join on stage or in the studio?

Iyer came to music as a profession following an extended exploration of the discipline of physics. It seems, at times, that he is capable of giving his notes greater guidance than many peers.

“What appealed to me about theoretical physics was that there were very elegant and compact ways of describing reality,” he says. “A handful of equations could then determine what happens in a system. In a way, it’s not that different from composing for improvisers. You don’t really have to tell everybody every move. You just sort of give some initial conditions and ways of relating, and everything kind of unfolds on its own, with agency and all. I like simple, elegant, and compact descriptions. When I compose, that’s what I do: a handful of simple details that will set things in motion.”