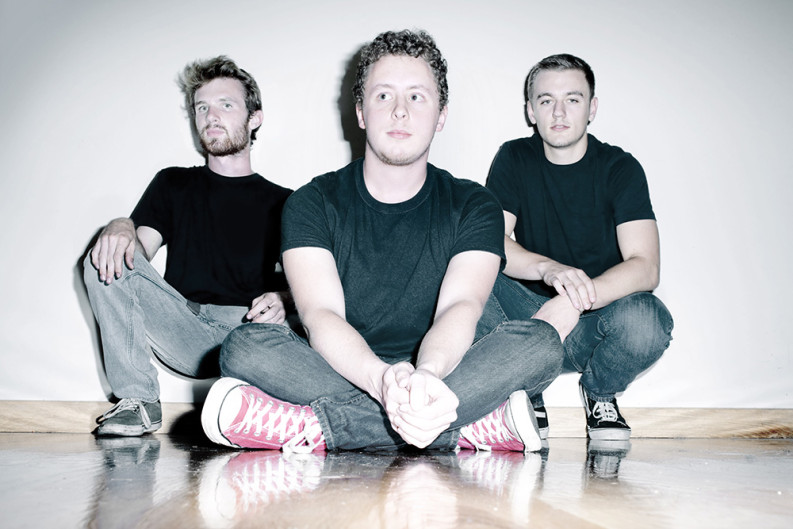 Three years into Big Ears’ revival, unofficial side events have become a go-to plan for downtown venues looking to lure open-minded music tourists into experiencing Knoxville’s homegrown best. But the organizer of the longest-running and most extensive of these parallel festivals claims a very different aim: zero-budget counter-programming.

“The first year of Big Ears I was basically living on handouts and could not afford a ticket,” says Blaine Band’s Daniel McBride. “So I figured I could put on a whole festival with people as broke as I was.”

The result was the cheekily named (and totally free) Big Asses Fest, which invades the Pilot Light on Saturday, April 2, at noon for a 13-hour, 24-band marathon of local tunes. As usual, McBride has put together a broad survey of the Knoxville underground: Big Ears attendees may be best served by stopping in for Pleases’ 8:40 p.m. set of proggy Southern rock or Steaks’ midnight noise assault, but scheduled sounds also range from Dixieghost’s Americana to the power pop of Sweet Years and Hellaphant, and in every direction both quiet and challenging from there.

Now in its seventh year, the festival remains tethered to McBride’s DIY mindset. Though the result is an intentionally informal, unpretentious alternative to the high-minded Big Ears, a lot of preparation goes into booking and scheduling two dozen bands to share a single stage. As daunting as it can be, McBride says he’s settled on a number of guidelines to help streamline the process.

“I made a policy decision not to play myself, so it wasn’t a self-promotion in sheep’s clothing,” he says. “Once I started making rules I couldn’t stop. So there’s been a one-performance-per-performer rule in place, meaning people in multiple bands could only play once, which in our extremely incestuous scene usually cuts the long list down pretty quick.”

McBride also strives to keep the lineup diverse and inclusive in a traditional sense, but he admits the scene can be limited in that respect. (It doesn’t help that a number of Knoxville’s best underground bands feature organizers of the local Girls Rock Camp, who are attending the organization’s national conference this weekend.)

The main thing that distinguishes this year’s festival is its return to the Pilot Light. (The venue’s own Big Ears complement, Hello City, will reportedly take a different form later in the year.) Big Asses has most often taken the form of an extended, extra-legal house show; its most recent Pilot Light iteration, in 2014, was actually a last-minute change of plans after the run-up to the fest brought its planned venue unwanted scrutiny.

McBride seems satisfied with the shift from a BYOB free-for-all to the more legitimate environs of Knoxville’s beloved rock dive.

“To be honest, last year ended up being really hedonistic towards the end of the night and it was pure luck that nobody got hurt or arrested,” he says. “That was my main motive for changing the venue.”

McBride resists the idea that Big Asses is a “companion” to Big Ears, and he’s not interested in drawing any of its “wealthy and indifferent” attendees. But he’s still proud to offer an alternative celebration to anyone willing to engage with a local scene as vibrant as anything money can buy.

“The people involved with Big Asses are really part of the target audience for Big Ears,” he acknowledges. “But I still can’t afford a wristband, and I know at least a few Big Asses performers are scrimping and sacrificing normal luxuries to get one. [Ashley Capps] is selling a once-in-a-lifetime musical experience, but you can have one outside his economy at Big Asses, broke or not.”