The Rest of the Joy King Story - The Knoxville Mercury 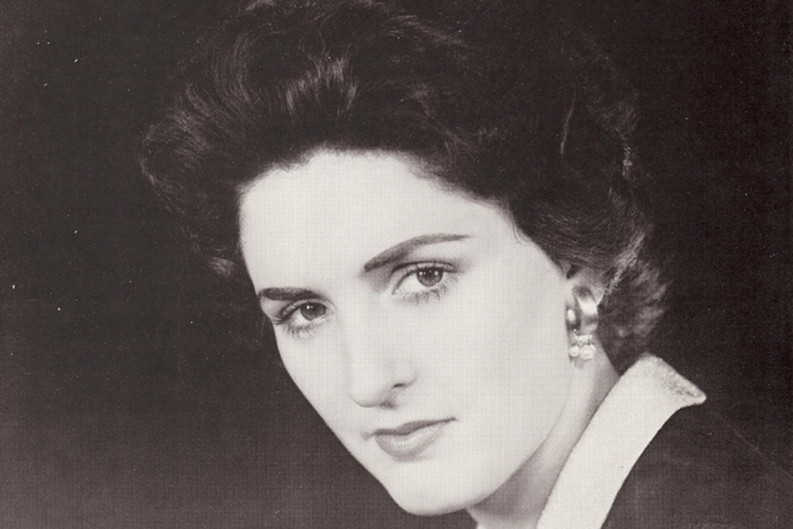 Read the first part of this story here.

Folk singer Joy King started out performing in Knoxville in the 1950s on the Mid-Day Merry-Go-Round. Following her graduation with a degree in music from the University of Tennessee, she traveled extensively, working at far-flung places like the Big D Jamboree in Dallas and Ghost Town in the Sky in Maggie Valley, N.C., eventually landing in Miami, where she was popular in local coffeehouses.

In between the Ghost Town gig and her Miami adventure, King was offered the chance to cut a record in Nashville for RIC Records. Recording Industries Corp., run by Luther Vanadore, released an odd assortment of records in various genres: country songs by Mel Tillis; recordings by faux-British Invasion band Lynn and the Mersey Maids; a live Billie Holiday record that has been released by at least six other labels; covers of Johnny Ace songs by the Puerto Rican band the Four Amigos, perhaps best known for performing with Elvis Presley in Viva Las Vegas and Girls, Girls, Girls; and a soul album by football player Roosevelt “Rosey” Grier that was produced by Bobby Darin and includes arrangements by Rolling Stones collaborator Jack Nitzsche.

Though promoted as a country single, King’s record is more along the lines of Patsy Cline’s torch songs, even more polished than most countrypolitan records. The A-side, “Taking Chances,” written by Vanadore, is a great showcase for King’s voice, but the B-side is the real gem. “Laughing Girl” is a take on the “Tracks of My Tears”/”Tears of a Clown” conceit, narrated by a broken-hearted woman who acts like the life of the party to hide her sorrow.

King’s exquisite vocal is backed by members of Nashville’s A-team, including Floyd Cramer on piano, Grady Martin on guitar, Buddy Harmon on drums, the Anita Kerr Singers, and the Nashville Symphony. The song was written by Virginia Kennedy, who King remembers as “so pretty, when she walked into a restaurant people would stop eating and look at her.” Kennedy taught her the song in a laundromat near King’s home.

Two other songs, “Your Kind of Love” and “Destiny,” were recorded at the same session. It’s not clear why they weren’t released, as the master tapes sound every bit as good as the single. Perhaps RIC, which only existed a few years, went under before another King single could be released, or maybe the songs’ similarity to the released ones made Vanadore cautious. Shortly after recording the single, King headed to Florida to work in and eventually co-own a folk coffeehouse with the soon to be famous Fred Neil. In 1965 she returned to Knoxville to open a coffeehouse called the Raven with her family.

Located on Chapman Highway, in a former restaurant/bakery near Young High School, the Raven was a happening place at the time, a boho hangout where folk, country, and blues singers performed. A 1966 News Sentinel article on the Raven describes King as the star of the show, strumming a guitar made especially for her by famed Knoxville luthier George McNish and playing folk songs such as “House of the Rising Sun,” “Seven Daffodils,” and “The Water’s Wide” during the course of a 90-minute set. The Sentinel’s prediction that another Burl Ives might be discovered there didn’t come to pass, and the Raven wasn’t around very long. But it remains a fond memory for those who did visit it.

After the Raven closed, King joined Archie Campbell’s revue in Gatlinburg for a time, and then returned to Ghost Town to play with her old mentor, Panhandle Pete, whom she calls “the greatest entertainer you’ll ever see.” Pete, whose real name was James Howard Nash, called himself “The Poor Man’s Philharmonic,” and must have been a sight to see with his one-man-band contraption holding 14 instruments, including a banjo, a kazoo, a garden hose, a car horn, and a bass drum. When Pete died of cancer, his son Eddie took over and King stayed on, performing with him. All told, King says, she spent 18 years at Ghost Town.

After leaving Maggie Valley, she continued to gig around Knoxville, frequently at the Museum of Appalachia with John Rice Irwin. Her yodeling was featured in a 1987 Today show segment on the museum. In the 1990s, an illness affected her voice, and she performed only sporadically after that.

Now retired, she spends her days in her old farmhouse in South Knoxville, the walls adorned with tapestries, prints, and paintings depicting musicians through the ages. She listens to music on her computer and will often click on a bookmarked YouTube clip to watch a 1960 television performance of her old friend Mary Costa singing Bizet’s “Ouvre ton couer.” A photograph of King with Costa the last time they met, a year or so ago, is also affixed to the wall.

She is in good spirits, happy to relive memories of her musical career and especially the many people she met and befriended over the years, many of whom seem larger than life.

“I like crazy people,” she says. “The crazier you are, the more I like you. I’ve always been about half-crazy myself.”