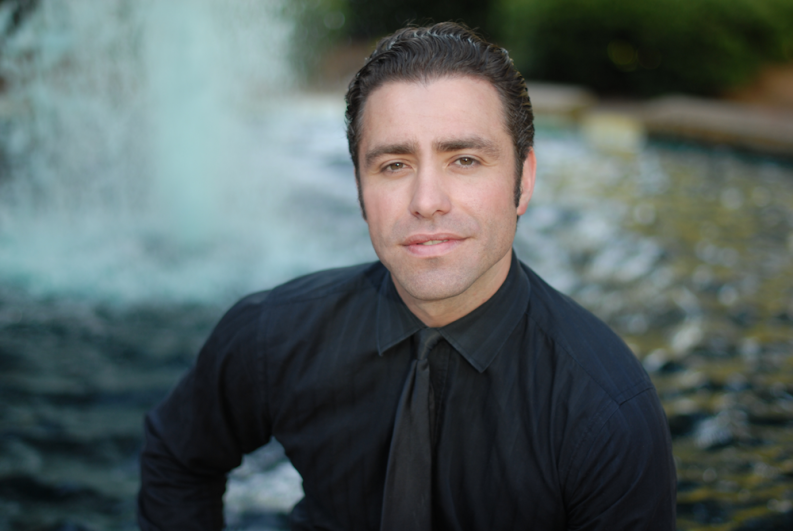 In my review of the Knoxville Symphony Orchestra’s February concert and its guest conductor, I remarked on the fact that the candidates’ uniformly high capabilities might be making KSO’s current music director selection process a thorny one, at least from a concert-goer’s standpoint. After last weekend’s appearance by the fifth of six guest conductor candidates, Jacomo Rafael Bairos, I am forced to double down on that emotion.

Bairos led the orchestra in a program high up on the difficulty scale, but one of delicious variety—20th-century works by John Adams and Samuel Barber capped off by Maurice Ravel’s orchestration of Mussorgsky’s Pictures at an Exhibition. Delicious, too, was Bairos’ splendid sense of musicality and the orchestra’s solid professional craftsmanship.

One advantage of attending both performances of the concert pair is that one can see growth and familiarization develop between conductor and orchestra, as well as the resolution of any issues due to the limitations of the rehearsal week. There were a few such issues in Bairos’ opening selection, Adams’ The Chairman Dances (Foxtrot for Orchestra). Composed while Adams was working on his opera Nixon in China, the work combines propelling minimalist iterations with unusual jazz-flavored harmonies, spiced even further with an unrelenting rhythmic complexity and a feast of percussion punctuations. Although I admit to being thoroughly charmed by the work in both performances, by Friday evening, the work had been more successfully balanced and finessed by all concerned.

Samuel Barber often gets the label of “neo-Romantic,” a reputation supported by his Concerto for Violin and Orchestra from 1940, a work that seems to get more and more popular as the years go by. Like its Romantic predecessors, the Barber has both sweetness and heat, in the form of achingly beautiful lyricism in the first two movements and blazing tempo and density in the finale.

Perfectly poised to take on these qualities was violinist Elena Urioste, whose poetic mastery of the concerto’s personality switch was a joy to behold. Her vocal-like legato phrasing of the Allegro movement’s theme and the equally expressive but more sedate Andante second movement pulled the listener closer and closer. Part of that intimate embrace in the Andante flows from an enchanting melody given first to the oboe, in this case rapturously played by KSO principal Claire Chenette.

If one had not been won over by Urioste in the first two movements, the final up-tempo Presto in moto perpetuo did the trick. Urioste turned corners of tonality practically on two wheels, all the while vividly conscious of tone colors and textures, punctuating them with staccato angles, and driving with an unrelenting urgency. However, this was no blur of musical images whizzing by under Bairos’ control, but one of clarity and focus, albeit with vibrant energy.

For many, Maurice Ravel’s orchestration of Modest Mussorgsky’s piano suite Pictures at an Exhibition has become one of those familiar works in the repertoire that one either loves to hate or hates to love, despite its status as a masterpiece of orchestral color and a showcase for musicians. Because of its ubiquity, I admit that I questioned this particular programming decision, particularly for a guest conductor audition concert. I also now admit I was completely wrong. Bairos gave the work a fresh, painterly balance that revealed moments of color and texture that were nothing if not revelatory. Yes, all the details were still there—the quirky instrumental combinations, the bombast, the drama—but with carefully sculpted dynamics, clean edges, and a marvelous overall arc of storytelling.

Principal trumpet Phillip Chase Hawkins gave a crystalline majesty to the opening “Promenade” as well as a perfect ride through “Samuel Goldenberg and Schmuyle.” Also among those basking in Ravel’s more exposed textures was saxophonist Allison Adams and Samuel Chen on the euphonium solo in “Bydlo.”

As a side note, I chanced upon a recent press release from Bairos’ current employer, the Amarillo Symphony, stating that Bairos had signed a contract extension as music director through the 2018-19 season. What this will mean for KSO’s own music director selection process remains to be seen.