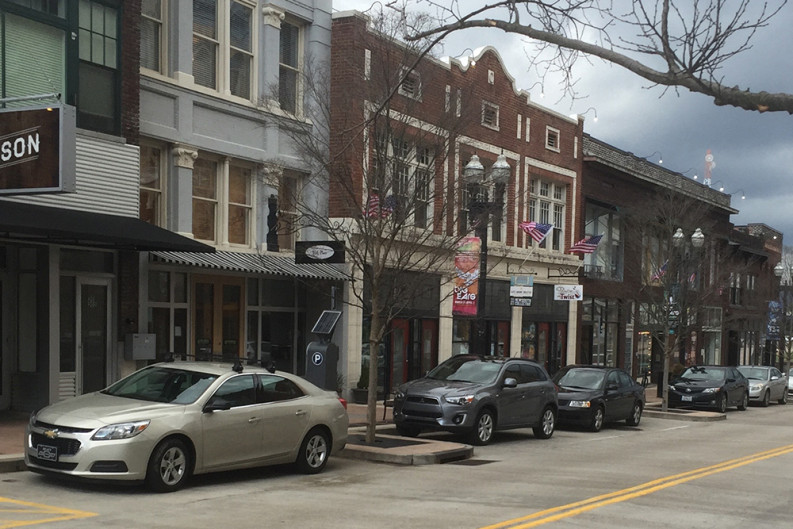 The next week presents multiple opportunities to witness modern interpretations of history.

On Thursday, Mar. 17, poet Nikki Giovanni will speak at Pellissippi State Community College’s Magnolia Avenue campus (1610 East Magnolia) about her 2007 book of cultural history, On My Journey Now: Looking at African-American History Through the Spirituals, Giovanni, probably the best-known modern poet to come from Knoxville, was born here in 1943, and though she spent most of her youth in Cincinnati, her closeness to her Knoxville grandmother brought her back to Knoxville every summer. She became most famous in the 1960s when she was allied with the radical Black Power movement, known for her uncompromising calls for racial justice. However, her intimate memories of family and friends here in the 1940s and ’50s still inspire many of her new poems, including those in her 2013 collection, Chasing Utopia: A Hybrid.

Throughout the weekend of Mar. 18-20, singer and WUOT jazz announcer Kelle Jolly will host the first-ever Women in Jazz Jam Festival, at several locations. (See the Mercury calendar.) The festival will herald modern performers, most of them young, but will pay homage to Knoxville’s own history of women in jazz. Here are two you need to know about:

Singer Ida Cox (1896-1967) was a major jazz and blues recording artist of the 1920s and ’30s, famous writing her own songs like “Wild Women Don’t Have the Blues.” She lived with her daughter in East Knoxville during the last 20 years of her life, during which time she made her last recording, a record album called Blues for Rampart Street, in New York, with the famous Coleman Hawkins Quintet.

Leola Manning, an East Knoxville cafeteria worker who was a singer and songwriter on the side. In 1930 cut a few sides at the St. James Hotel. Later known as Leola Ballinger, she lived most of her life in obscurity. When she died here in 1994, she apparently didn’t know that her almost-forgotten recordings were starting to get the attention of jazz and blues aficionados around the world. Some of her true-story songs, like “Arcade Building Moan,” which is about a fatal fire on Union Avenue, and “Satan Is Busy in Knoxville,” which is about some horrific murders in the city, have been covered by local performing artists, including Jolly, in recent years. Manning’s only recordings are included in The Knoxville Sessions, soon to be released in a box set by Bear Family Records, and celebrated on May 5-8 with a local festival called Knoxville Stomp (see knoxstomp.com).

On Tuesday, Mar. 22, the Friends of the Knox County Public Library sponsor a reading by bestselling historical author Erik Larson, famous for his book The Devil and the White City and, more recently, Dead Wake, about the U-boat torpedo sinking of the British ocean liner Lusitania. For more, see knoxfriends.org.

Larson will be reading from Dead Wake. Knoxville has little connection to the sinking, although one of the Lusitania’s most famous victims, Alfred Vanderbilt, was familiar with this part of the country; his Uncle George had built the Biltmore mansion, near Asheville. Larson will appear at the Bijou Theatre, which dates from the era of the Lusitania. The week of the disaster in May, 1915, the Bijou was featuring a locally produced play, The Girl from Out Yonder.

Ever hear stories about “Underground Gay Street”? In 1919, the city addressed Gay Street’s dangerous hill problem by building a long new viaduct to span the railroad tracks at about the same level as Gay. The project covered the first floor of several buildings on the 100 block of South Gay Street, turning once-lively first-floor retail spaces into subterranean basements. Today “Underground Gay Street” consists only of two corridors beneath the sidewalks. All but a few traces of the Edwardian era have been removed over the last 97 years, and in many cases, the old street level has been converted to modern uses. However, the space still fascinates.

On Thursday, Mar. 24, the vigorous preservation nonprofit known as Knox Heritage will feature a rare and unique tour for members, “Underground to New Sounds.” Membership is open to the public with the payment of annual dues: $25 for students and seniors, $50 for individuals or families. The “New Sounds” part comes on the other side of the tracks, where the same tour will include a look at two much-talked about music venues: the Mill and Mine building on Depot Street, a large new event space due to host shows during the upcoming Big Ears festival; and Fifth Avenue’s First Christian Church, a gorgeous 1915 sanctuary designed by then-young architect Charles Barber, which will likely serve as a performance space in the future. (For more information, see knoxheritage.org.)

Built mostly in the 1880s and ‘90s, the brick buildings of the 100 block of Gay Street have large lower floors that, before the big viaduct project in 1919, used to be on the street level. Knox Heritage offers a rare tour of “Underground Gay Street” for dues-paying members on Mar. 24. (Non members can join on-site.)

The Knoxville History Project, a nonprofit organization devoted to the promotion of and education about the history of Knoxville, presents this column each week to raise awareness of the themes, personalities, and stories of our unique city. Learn more on facebook.com/knoxvillehistoryproject or via email: jack@knoxhistoryproject.org.