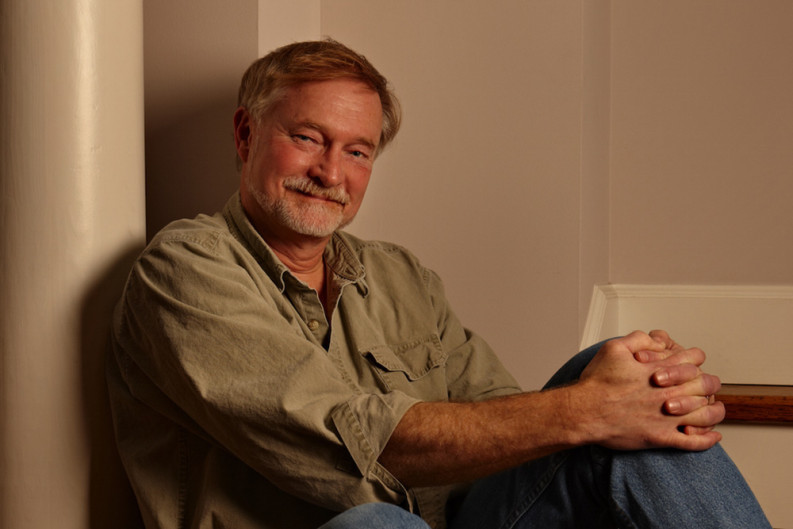 Erik Larson is one of the best-selling nonfiction authors of the last 20 years. The writer of several long, novel-like books of footnoted history—notably The Devil in the White City, about the Chicago World’s Fair of 1893 and a bizarre series of murders on its fringes—he has become known for the “dual narrative,” telling a story from two or more points of view. He employs that method in Dead Wake: The Last Crossing of the Lusitania, which tells the story of both the passengers and crew of that doomed British ocean liner sunk by a German U-boat’s torpedo in May 1915, killing almost 1,200. But he also tells personal stories, previously little known, about the German U-boat captain and crew that sank the ship. A Pennsylvania native who now lives in Brooklyn, Larson has visited Knoxville before—his close friend Penny Simon, who assists as his publicist, lives here—but this is his first local speaking engagement.

How did you start writing history?
It’s a long, contorted story. I always wanted to write, like I always wanted to do a lot of different things—be a cop, a lawyer, or prosecutor. After college, I worked for a publishing company, so I was close to writing, and I saw the movie All the President’s Men, like a lot of people of my generation, and it inspired me. I applied to Columbia University’s journalism school and got in. I made a lucky leap to The Wall Street Journal. That evolved into writing longer and longer magazine pieces for The Atlantic and The New Yorker. And I started thinking, I’m doing as much work on a single magazine piece as I would be if I were writing a book.

How many liberties can you take in imagining scenes and conversations in the past?
I don’t think you can take liberties. … In my work, anything that appears in quote is something that came from a historical document. I know there are those who do try to imagine dialogue. But I don’t think you can do that and stay in the realm of nonfiction.

There are other books about the Lusitania. Why write another?
I’ve always loved maritime history, and I think readers love maritime history. When I found the archives at Hoover Library at Stanford University, what I realized very quickly was that I thought we could bring something new to the party. This archive has such fine-grained detail. [He adds that several previous histories are based on “vastly and deeply” distorted scholarship.]

One of the things people talk about in Dead Wake is the intimate descriptions of the German submarine known as U-20.
I don’t believe in unalloyed heroes, and ordinary villains have some redeeming side. The sub commander was just doing his job. People had known about the submarine commander’s log, memoirs, reports of interrogations, but nobody had used it to chart the routes, show how exactly the U-20 and the Lusitania came into the same area. If you can cut from one to the other, and you know one’s going to sink the other, that’s suspense.

Your acknowledgments thank multiple people who assisted you. Was this book a team effort, in terms of research?
I do all my own research. The research, 100 percent, warts and all, that’s me. Why should I let anybody else have that fun? Why should I let somebody else go to London, get into the archives there, drink the martinis? [He also took a voyage on the Queen Mary II, along the same route as the Lusitania, just to picture what it was like.] Some experts and others helped me read the manuscript and pointed out problems. It helps prevent the pre-publication heebie-jeebies.

Several of your books relate stories from the late 1890s and early 1900s. Do you have a favorite era?
The decades on either side of 1900 I do find deeply compelling. It was a time when people really did think differently about themselves and their country and history. The people feel they can do anything. To mount a world’s fair in a year—by today’s standards, that would be unfathomable. That kind of belief can lead to disappointment and tragedy.

How do you feel about the future of print?
The future of print is good. People have been calling the book “dead” for a long time, but things seem to have stabilized. Maybe as much as 50 percent read my books on Kindle, but my publisher had a banner year last year. And bookstores are experiencing kind of a resurgence.

What’s your next book?
I don’t kiss and tell. I’m working on something, but I’m still not convinced it will work.