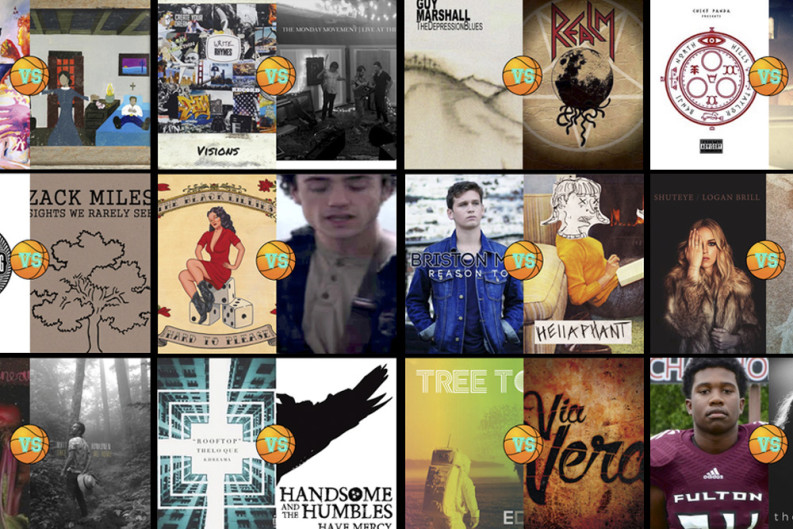 Mid-March—the time of year when everything gets bracketed together into some kind of single-elimination tournament-style competition based on the NCAA men’s basketball tournament. In that spirit, the Knoxville Music Warehouse blog is hosting a bracketed tournament called March Radness to determine the single best Knoxville song released since April of 2015, with brand-new acts facing off against established bands and a selection of tunes ranging from hip-hop and R&B to punk, metal, and hard rock, with, as you’d expect in Knoxville, a lot of rootsy/folky/Americana offerings in between.

March Radness officially tipped off earlier this week, when first-round voting began. The organizers picked 32 songs for the tournament and, like the NCAA’s selection committee, ranked them in two groups, from first to 16th. Veteran bands Kelsey’s Woods (“When the Morning Comes Around”) and the Black Lillies (“Mercy”) earned the coveted top seeds, with newcomers Blond Bones and Jamesen Rees coming in with the 16th seeds in their respective sections.

Other artists include Guy Marshall, Adeem the Artist, Electric Darling, Johnny Astro and the Big Bang, Benjamin iii and Taylor Br-ndn, J-Bush, Black Atticus, and Average Thought, ErybodyJones, David Francisco, the Monday Movement, Mass Driver, Pale Root, Zack Miles, Among the Beasts, Realm, Logan Brill, Mathien, Britson Maroney, William Wild, Tree Tops, Dixieghost, Thelo-que, Handsome and the Humbles, Honkonen, Via Vera, Freddy Ka$h, Hellaphant, Jubal, and Sweet Years. That may not cover every single artist who put something out on CD, cassette, vinyl, or Soundcloud in the last 12 months, but it’s about as comprehensive a list as a sane music nerd could compile.

Voting for the first round is already under way and continues through midnight on Thursday, March 17, at knoxvillemusicwarehouse.com. The organizers insist that the point of March Radness isn’t naming a winner—it’s showcasing the local music scene.

“This tournament is less about competition and more about exposing Knoxville to great music from all over our fine city,” they say on the website. “We strongly, strongly, in the strongest possible way encourage you to listen to both songs in each matchup in which you vote.”

The winner of the contest will get a trophy from Blank News in the spring. Voters will be entered in a drawing to win a pair of passes to the Rhythm N’ Blooms Fest in April. Follow the contest on Spotify.