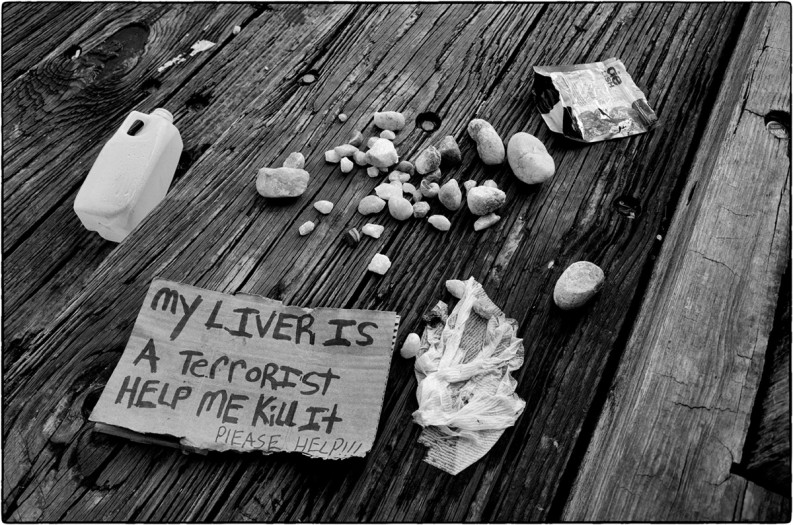 Forget gang violence or car theft. KPD has a new crime in its crosshairs: aggressive panhandling.

In what the city says is “the first operation of its kind,” a panhandling sting on Friday led to nine citations being issued to four different people out on the streets of downtown, city spokesman Eric Vreeland confirmed in an email this afternoon.

We caught wind of the “sting” operation over the weekend, though the city has been mum on the exact tactics used to target particularly aggressive beggars over peaceful ones. An email to KPD spokesman Darrell DeBusk was forwarded to Vreeland.

“We’ve been hearing a lot of concerns recently about aggressive panhandling, so these citations were directly in response to citizen complaints,” Vreeland said in an email.

(Update 3/16: In an email DeBusk said three officers were assigned to address these citizen complaints, but declined to elaborate on their methods.)

Vreeland said each of the four aggressive panhandling charges carry a $50 fine if convicted, plus the possibility of court costs. Additional citations were issued for obstructing traffic, public intoxication, open container, and crossing a street other than at a crosswalk (aka jaywalking). No one was arrested.

The city’s ordinance on aggressive panhandling identifies six specific things that could lead to a citation (on top of 13 regular panhandling restrictions). Those include intentionally making physical contact with someone, following or approaching someone with the intention to intimidate them, asking for money again within 20 feet after a person says no, blocking someone’s passage, and using obscene language.

A recent Inside of Knoxville blog post advocating against giving money to panhandlers garnered dozens of comments, so evidently this is a pressing issue for some people downtown, as complaints made to the city show. Alan Sims (aka Knoxville Urban Guy), who runs Inside of Knoxville, later wrote that the post may have set a record in number of comments.

What do you think? Is panhandling a serious enough issue to warrant undercover police work? Or is this an example of what Drew Krikau characterized as the “criminalization of the homeless” (and other people out on the street) he’s seen happening more often over the past six months?