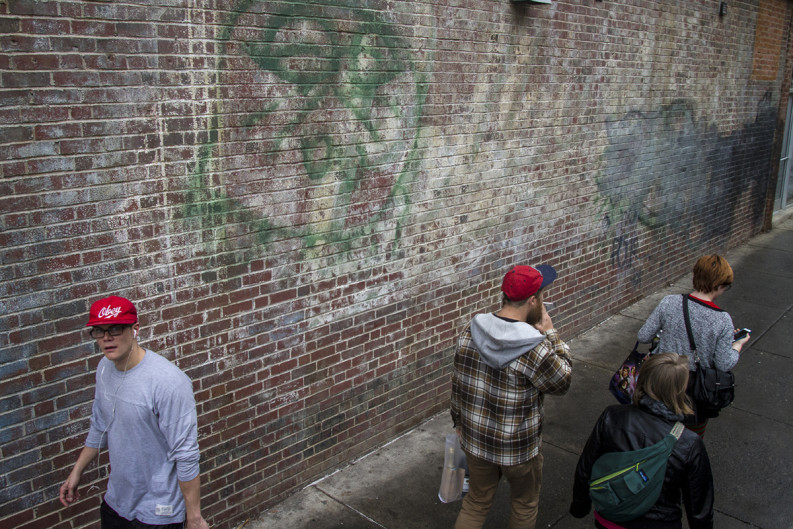 If you’re willing to put in the elbow grease to rid your neighborhood–or even an alleyway–of unwanted graffiti, the city of Knoxville is happy to cover the costs.

This week the city announced it has teamed up with Keep Knoxville Beautiful to offer free graffiti removal kits to residents and business looking to buff and shine public-facing walls–but nothing is ever really free, now is it?

The city has allotted $4,500 to pay for 30 graffiti removal kits and cover overhead costs for Keep Knoxville Beautiful, which will be accepting applications for and handing out the kits to those who qualify. If it catches on, city officials say they’ll continue to support the program.

“Nobody wants to have to clean up and pay for something that they didn’t do,” Knoxville Public Service Director Chad Weth said in a statement. “We’re hoping that providing these kits will help reduce the sting of a graffiti offense and at the same time, help beautify our city.”

The kits include chemical graffiti remover, paint trays, rollers, naps, drop cloths, steel wool pads, and wire brushes, the city says. They range in value for $72 to $116 each, depending on the type of surface that needs to be cleaned.

Last year the city of Knoxville dealt with 58 graffiti cases, mostly at parks and public facilities.

“Quick removal is key when fighting graffiti, and we hope these free kits will make it easier for residents to take care of trouble spots right away,” Keep Knoxville Beautiful Executive Director Patience Melnik said in a release.