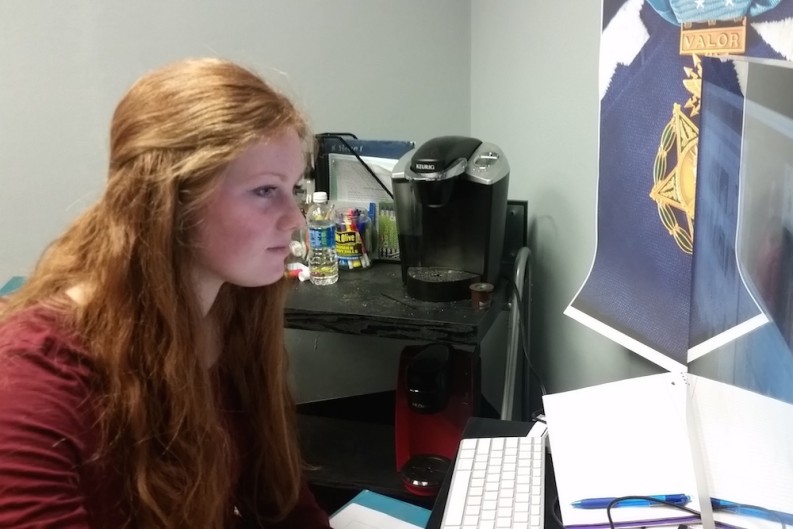 What do neonatal abstinence syndrome, a program helping wounded veterans learn fly fishing, and the Boys and Girls Clubs all have in common? A need for storytellers.

In August 2015, Nick Geidner, an assistant professor of journalism and electronic media at the University of Tennessee, launched Land Grant Films, a way for students to practice their video and documentary filmmaking skills while helping smaller organizations in East Tennessee.

The benefit is twofold: UT students gain invaluable storytelling techniques while local organizations get an increased profile in the community.

“A lot of small nonprofits can’t afford to have good video assets, be it stories or just generic shots for commercials and Web content,” Geidner says. “We saw this as a benefit for everyone.”

The first organization profiled by Land Grant Films was Project Healing Waters, a charity rehabilitating wounded veterans through fly fishing. The 12-minute short documentary, “Teach a Man to Fish,” went on to win awards from the Knoxville Film Festival and the Broadcast Education Association while raising thousands of dollars for Project Healing Waters.

“They were able to really get their name out there in a lot of different ways,” Geidner says. “That was the project that launched Land Grant.”

Land Grant Films has its origins in the Medal of Honor Project. The project, also organized by Geidner, covered award recipients leading up to the 2014 Medal of Honor convention in Knoxville. After the convention, Geidner saw an opportunity to still allow students to practice their documentary skills outside the classroom.

The project is open to all UT students, not just those in the journalism program. Most of the films will be faculty-led ventures but created by students.

Land Grant Films is working with a number of other local organizations, such as the Tennessee Paracycling Association, the Boys and Girls Clubs, and the Senior Spelling Bee, but is always looking for new projects. No money is exchanged between Land Grant Films and the organizations they cover, and the filmmakers maintain complete editorial control. While UT helps cover costs such as entering the films in competitions, the project still accepts donations from the public.

In 2014, Tennessee passed the first-of-its-kind fetal assault law, which criminalizes giving birth to babies born with neonatal abstinence syndrome. NAS occurs when babies are born with addiction withdrawal symptoms after their mothers used opioid painkillers while pregnant. East Tennessee leads the state in babies born with NAS, with an incidence rate 3.3 times that of the rest of the state. Last year, nearly 1,000 babies were born with NAS in Tennessee.

The main subject in Reaching Recovery is a pregnant woman who tried to enter a treatment facility for her opioid addiction but was told she had to wait a year before she could get help.

“Well, it only takes nine months to have a baby, so there’s some math problems there,” Geidner says.

“Because it’s so different from our normal world view, people will be amazed,” he says. “There’s a number of barriers between saying, ‘I need help’ and actually getting help.”

Abby Bower, a freshmen at UT and a student producer on Reaching Recovery, got involved with Land Grant Films as a class requirement last semester, but she stayed on after seeing the scope and importance of the project.

“It’s been one of my favorite parts of college so far, just having something to consistently come back to and work on and knowing that it hopefully will inform a lot of people about a problem,” Bower says.

Many pill-addicted pregnant women are now afraid to reach out for help for fear that they will be jailed because of the law, Geidner says.

The documentary premieres on WBIR and at the Knox County Health Department (140 Dameron Ave.) on March 10 at 7 p.m., with a forum immediately following discussing the fetal assault law and the broader issue of opiate addiction in Tennessee.