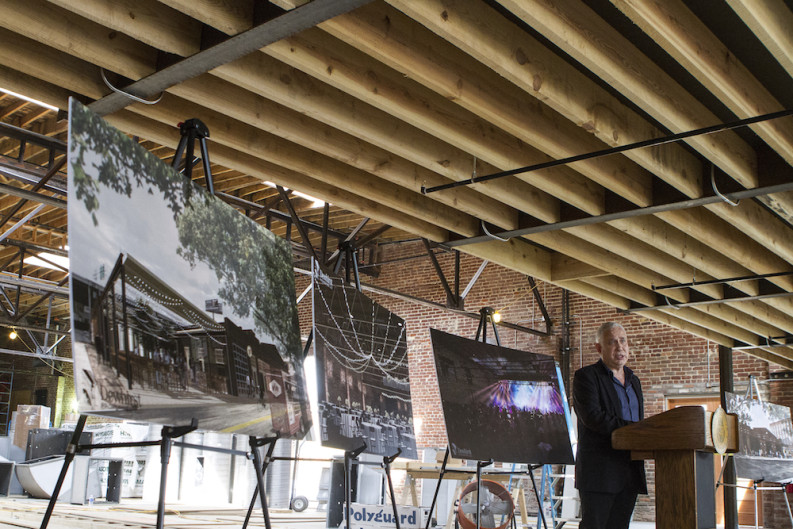 On Tuesday afternoon, at a press event announcing the opening of the Mill and Mine, a new venue and event space on West Depot Avenue, Mayor Madeline Rogero described the developers of the project as a “dream team of visionaries.” That might be overdoing it, but it’s true that developers David Dewhirst and Mark Heinz and music impresario Ashley Capps have seen possibilities all around downtown Knoxville over the last two decades that others have overlooked (or couldn’t afford). Now they’ve announced a new project that will combine their specialties—Dewhirst’s knack for restoring historic buildings and Capps’ canny instinct for music programming. They say the bold new performance space will fill in important cultural and geographic gaps in Knoxville’s center city.

The new 20,000-square-foot venue is based on a model established by three other mid-sized spaces around the region that Capps’ company, AC Entertainment, books on a regular basis: the Orange Peel, in Asheville, N.C.; Track 29, in Chattanooga; and Marathon Music Works, in Nashville.

“My team, a week didn’t go by when they didn’t say, why can’t we be doing this in Knoxville?” Capps told the assembled crowd of TV and newspaper reporters, bloggers, and city officials.

Set to open at the end of this month, when it will host 15 performances as part of the Big Ears festival, the Mill and Mine’s main room will hold 1,200 people, with a permanent elevated stage and a balcony. An adjacent room, available for rental for weddings, receptions, and other special events, will have capacity for 500 seats; the developers say a restaurant may eventually go there. A 5,000-square-foot outdoor courtyard will hold even more people. According to the press release, the club will be equipped with state-of-the-art sound and lights and “will be a multi-faceted, multi-dimensional experience unique to Knoxville.”

Capps referred to the Mill and Mine—the name, according to Heinz, comes from the most recent tenant of the building, the Industrial Belting and Supply Company, which used the sloagan “for mill and mine”—as a “missing link” in downtown’s landscape, in more ways than one. In size, it’s in between the Bijou and Tennessee theaters, which AC Entertainment also books and manages. The lack of permanent seating means that it will be available for shows that might not be suited for seated theaters.

“As we’ve noticed booking the Orange Peel, there’s been a missing component,” Capps said. “Many artists were skipping Knoxville, and we were tired of that.” (The Orange Peel’s current online calendar lists a handful of performers who are coming through Knoxville around the same time or who have played here recently, including Big Ears acts Kamasi Washington, Yo La Tengo, and Bombino. But big-name artists like Animal Collective, Tortoise, and Josh Ritter, who are not currently scheduled to appear in Knoxville, are also on the schedule there.)

The Mill and Mine is also another example of significant downtown development outside the official borders of the Central Business Improvement District, especially north of downtown. It’s located next to the Public House and near several other recent or upcoming projects—Regas Square, the Historic Southern Railway Station, and the Mews, a condo development on Magnolia Avenue. (It’s also worth pointing out that the new venue is just a few blocks away from the International and Concourse, a music venue that is roughly equivalent to the Mill and Mine in size; AC Entertainment occasionally books shows there.)

“This literally helps fill in a gap in the downtown map,” Rogero said.

Capps, Dewhirst, and Heinz are partners in the project, but Capps says AC Entertainment “will be very involved.” The city extended a 10-year payment in lieu of taxes deal and a $100,000 façade grant for the development.

While the Mill and Mine will host shows for Big Ears starting on Thursday, March 31, through Saturday, April 2, Capps says the club won’t have a full concert schedule for several months. 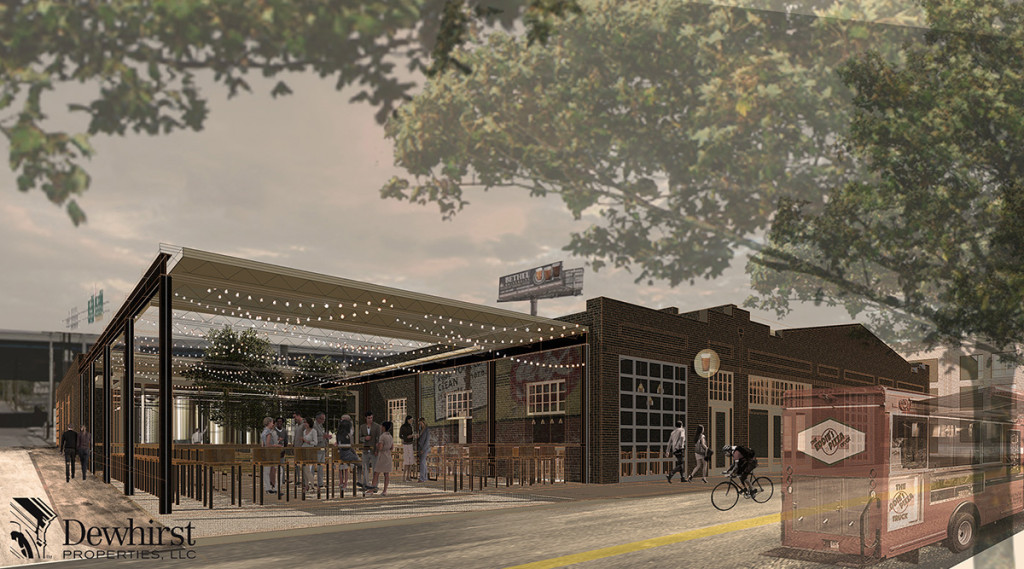