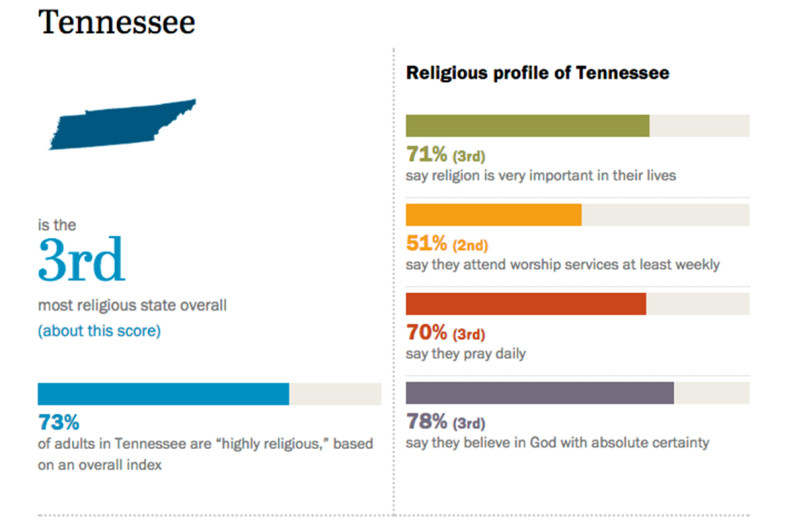 The so-called “missing link” of a scenic highway that’s been under construction for several generations may finally be put into place. It was back in 1944 when Congress authorized the construction of the Foothills Parkway in Smokey Mountains, but it’s still not complete. Several bridges are still missing or are currently under construction along one challenging hillside where a total of nine bridges will crisscross a series of steep ravins. Lane Construction, a contractor working on installing five of those bridges for $48.7 million, expects work to wrap by June 5, 2017, the News Sentinel reports. Then again, if history is any indication, there could be delays.

A Knox County man is suing the Hamblen County, its sheriff, and some jail employees after he was badly beaten by another inmate in exchange for two boxes of pop tarts. Jeremy Garcia filed a $5 million lawsuit in U.S. District Court last Friday alleging that correction officers working the jail knew of the pending attack after receiving several warnings that Garcia was in danger while he was an inmate at the county jail in early 2015, among other things. He claims he was brutally beaten over $38 he owed to another inmate. That inmate, in turn, offered two boxes of pop tarts to another inmate to attack Garcia in his sleep, the complaint alleges.

According to a new survey from the Pew Research Center, Tennessee is the third most religious state in the entire U.S. of A. About 73 percent of all Tennesseans polled said they were “highly religious.” Only Alabama and Mississippi are more devout, tying for first place with 77 percent of respondents identifying as “highly religious.” As it turns out Tennessee also ranks third in the number of hate groups per capita, as the Mercury reported this week, with only Mississippi and Arkansas boasting more hate groups per resident.

Shareholders looking to turn a buck on Tuesday approved the sale of Journal Media Group–the Milwaukee company that owns the Knoxville News Sentinel–to Gannett, a giant media company that keeps sucking up newspapers across the country. The deal still must be approved by federal anti-trust regulators before taking effect. That would make Gannett the third owner of the News Sentinel in the past two years. Once upon a time KNS was owned by the E.W. Scripps Company (a name that may sound familiar), but last year that company split up its TV news stations and newspapers into two different companies, merging KNS and its other publications into the newly formed Journal Media Group, along with the Milwaukee Journal Sentinel. (Full disclosure here, I once worked for a Scripps newspaper in California and briefly for Journal Media once it bought the place.) Under terms of the deal shareholders will get payouts of $12 per share in cash, and KNS will be added to Gannett’s roster of the “USA Today, 92 daily publications in the U.S. and Guam, and more than 400 non-daily publications.”

Know important news that people should know about? Send news tips, links, hate mail, and anything else you might think would be of interest to reporter Clay Duda at clay[at]knoxmercury.com.