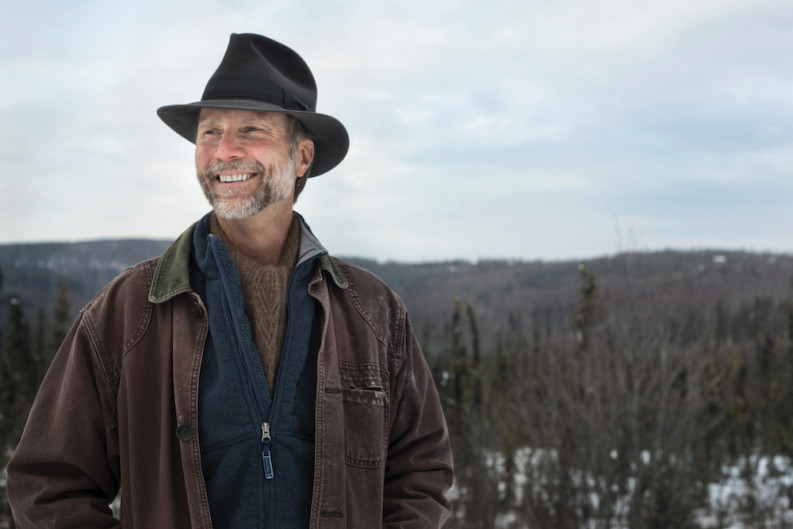 Big Ears Festival will come to a riveting, celebratory conclusion with a performance of the festival’s 2016 Composer-in-Residence John Luther Adams’ outdoor masterpiece Inuksuit, featuring up to 99 percussionists, around Mead’s Quarry at Ijams Nature Center at 12 noon on Sunday, April 3.

Thanks to the generous support of Moxley Carmichael, the Big Ears grand finale performance will be free and open to the public.

Co-directed by master percussionist Steven Schick, who also leads the Knoxville Symphony Orchestra in Thursday evening’s performance of Adams’ orchestral tour de force, Become Ocean, and Andrew Bliss, Artistic Director of the contemporary music ensemble nief-norf and UT’s Director of Percussion Studies, the performance will bring together several dozen percussionists from throughout the region in a collaboration with the UT Percussion Ensemble. Bliss was involved in both the world and U.S. premieres of Inuksuit in Banff, Alberta and Greenville, SC. He then traveled to New York City to perform the work in 2011, which ultimately led to his staging a performance of Inuksuit in Knoxville at Ijams on Earth Day in 2014, a performance attended by Big Ears’ creator and producer Ashley Capps.

“It was an amazing experience,” says Capps. “It was completely exhilarating: Big Ears 2014 had just taken place and that performance was like an affirmation and continuation. That day was also when Andy Bliss introduced me to John Luther Adams – who was there – and we immediately began the conversation about him taking part in a future Big Ears. It’s all come full circle and this is the perfect way to celebrate!”

Using a small army of up to 99 percussionists from across the country, playing conch shells, airhorns, sirens, gongs, maracas, drums, cymbals, and glockenspiels, Inuksuit is an outdoor work described by The New York Times as “the ultimate environmental piece,” while The New Yorker’s Alex Ross hailed it as “one of the most rapturous experiences of my listening life.” This 70-minute work is designed to heighten awareness of the sights and sounds that surround us every day. The work is deeply influenced by the composer’s belief that “music can contribute to the awakening of our ecological understanding. By deepening our awareness of our connections to the earth, music can provide a sounding model for the renewal of human consciousness and culture.” Audiences should plan to arrive early for this 12 noon event.

John Luther Adams has been called “one of the most original musical thinkers of the new century” (The New Yorker). His life and work are deeply rooted in the natural world, and he is known “for melding the physical and musical worlds into a unique artistic vision that transcends stylistic boundaries” (Northwestern University Nemmers Prizes). In 2014, Adams was awarded the Pulitzer Prize for Music for his orchestral work, Become Ocean, which will be presented by the Knoxville Symphony Orchestra, guest conductor Steven Schick, and guest cellist Maya Beiser on Thursday, March 31 of Big Ears Festival. Other pieces by Adams will be heard throughout the festival weekend.

Inuksuit is generously supported by the Ijams Nature Center and Moxley Carmichael.