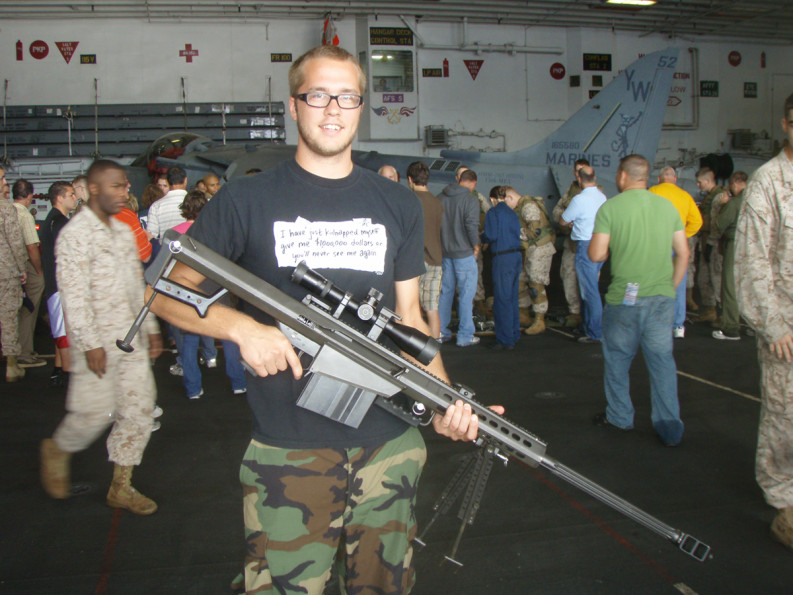 Tennessee officially has official fire power. State lawmakers this week overwhelmingly backed a resolution designating the .50-caliber Barrett sniper rifle (pictured above) as the official state weapon of choice. As the Associated Press notes, the Rutherford County-made ballistic badass now takes its place “alongside [other] state symbols like the tomato as Tennessee’s official fruit, the cave salamander as the state amphibian and the square dance as the state folk dance.” Only nine state representatives and one senator voted against the measure.

Transportation officials have announced that they’ll hold a public meeting on April 12 to go over one of three improvement projects slated for Chapman Highway, though the start of construction is still likely at least a year away, and possibly longer. The goal is to improve safety and capacity along the roadway which, as the Mercury has reported, saw nearly three times as many crashes as nearby Alcoa Highway in recent years (yet Alcoa is first in line for some needed updates). The April meeting will focus on plans to widen and improve a stretch of Chapman between Simpson and Hendron Chapel roads. An exact time and location has not yet been set, according to the News Sentinel, so stay tuned.

In a tragic turn of events, Blackberry Farm proprietor Sam Beall apparently died in a skiing accident on Thursday in Colorado, according to a public relations company representing the farm and multiple media reports. Beall, 39, was married and a father to five children. The family is currently making arrangements for his memorial and funeral service. They ask for privacy following his death. Blackberry Farm is a hotel and event destination near Walland in the Great Smokey Mountains.

Temperatures are still dipping below freezing (hell, it snowed yesterday!), but it’s never really to early to start dreaming of warmer weather and green pastures–or making plans for it. This click-bait website has a pretty awesome, if not down-right ambitious and awe-inspiring, road trip for hitting some of the most epic waterfalls in Middle Tennessee, from Cummins Falls nearest Nashville to Ozone Falls near Crossville. Ok, so it’s not exactly local local, but it’s close, and we’re ready forward to spring!

WATE’s Don Dare delivers an interesting 60 Minutes-style report on the demise and rebirth of a Knoxville online shopping company that’s left a lot of businesses around the world in a lurch. How did Brian Conley’s nCrowd go out of business and BoomStreet suddenly sprout in its old office headed by a former nCrowd employee? Hmmmm.

By now many motorists know the perils of driving downtown among the plethora of construction projects unearthing our fair city’s roadways and walkways on an ongoing basis. Detours. Reroutes. TRAFFIC JAMS! But it turns out the construction is an ongoing hazard for pedestrians, too. At least for this guy who had the unfortunate luck of falling into a hole opened by constructors along Cumberland Ave. Emergency crews were called to the rescue Friday afternoon.

The state of Tennessee is hiring a “Human Rights Representative” to investigate unfairness and make sure things are on the up and up here in Knox County.

Know important news that people should know about? Send news tips, links, hate mail, and anything else you might think would be of interest to reporter Clay Duda at clay[at]knoxmercury.com.