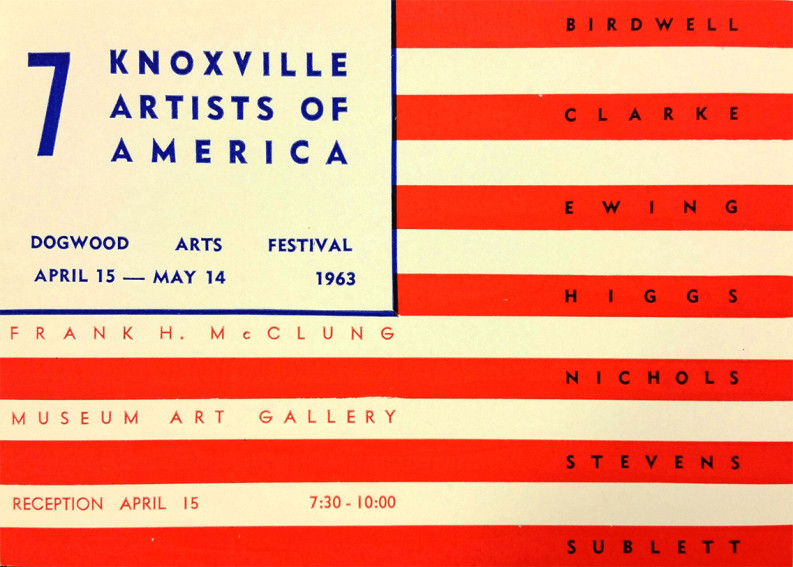 Here are the artists featured in the Knoxville Museum of Art’s Knoxville Seven show. 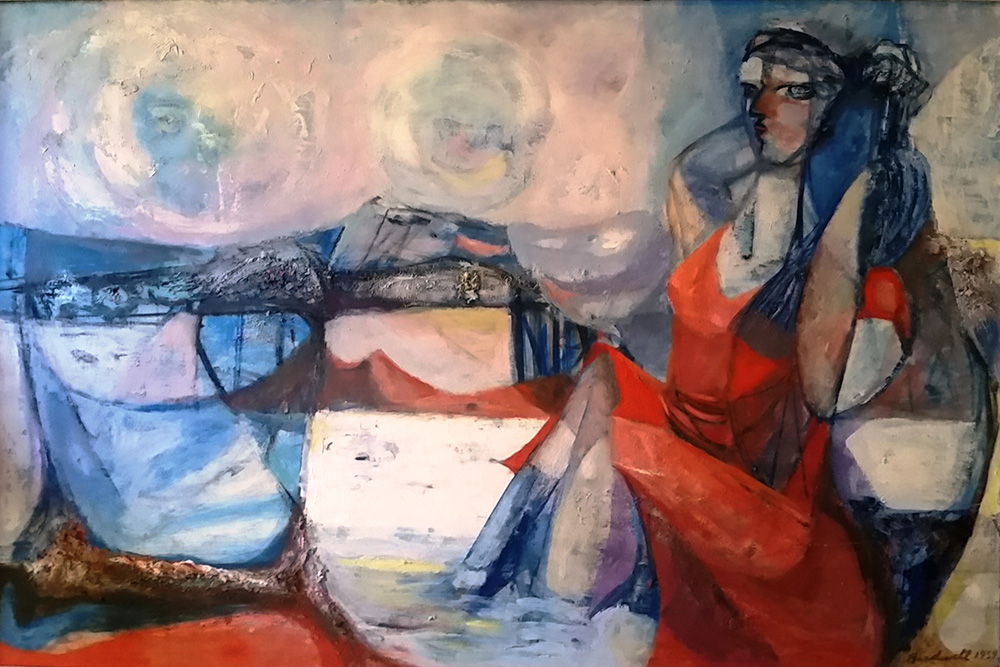 Courtesy of the Knoxville Museum of Art / Ann and Robert Birdwell.

“Figure in Landscape” (1955) by Robert Birdwell

Robert Birdwell
(b. 1924)
Birdwell was the only East Tennessee native in the Knoxville Seven. He liked painting downtown, and he moved easily from representational painting to abstraction—his two contrasting 1962 versions of Gay Street, one at night, one during the day, are among the Knoxville Museum of Art exhibit’s highlights. He also enjoyed figure painting; Wicks included a nude sketch by Birdwell to show that, underneath all the modernist trappings, the Knoxville Seven still had traditional skills and training. 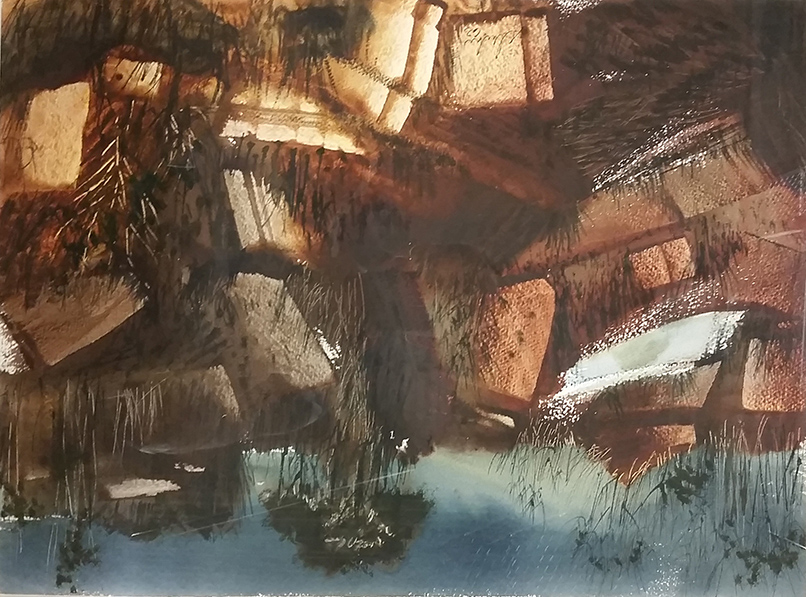 Courtesy of the Knoxville Museum of Art / the Sublett family

Richard Clarke
(1923-1997)
Clarke, a printmaker and painter, was one of Buck Ewing’s earliest recruits to the University of Tennessee art department faculty. He worked as both a painter and a printmaker. Clarke’s paintings—many of them images of the quarries of East Tennessee and rugged coastlines—flattened the landscape into geometric shapes in deep browns, reds, and greens. His prints featured similar arrangements of shapes and colors, but were more strictly abstract exercises. 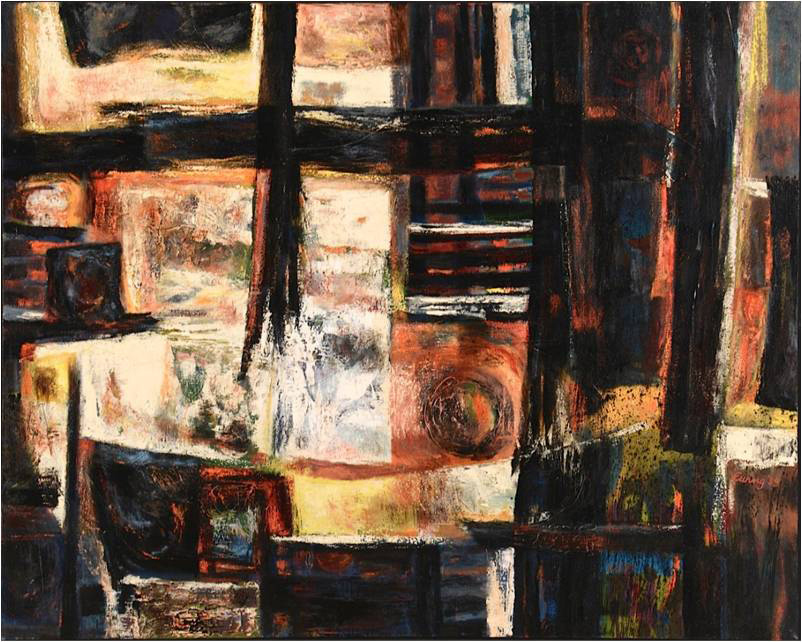 Courtesy of the Knoxville Museum of Art

C. Kermit “Buck” Ewing
(1910-1976)
The ringleader of the Knoxville Seven, Ewing is mostly remembered for his elaborately orchestrated openings and outrageous art auctions. But he was also a gifted painter—his landscapes from Spain, a cubist-style depiction of Rich’s department store, and some mixed-media works from the ’60s show his mastery of old-fashioned technique and his almost limitless curiosity. Ewing also built the UT art department from scratch, and the Ewing Gallery at the Art and Architecture Building on campus is named for him. 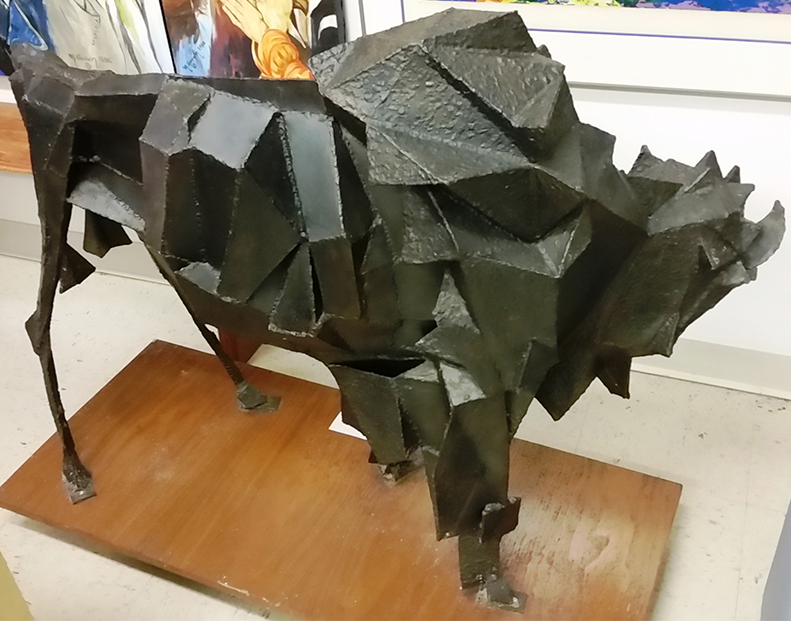 Philip Nichols
(b. 1931)
The final member of the group came to UT from the University of Michigan in 1961. Over time, his metal sculptures shifted from representational (his steel buffalo is a favorite of exhibition viewers) to abstract and finally to big heavy pieces inspired by industrial design and mid-century ideas about technological progress, with features that resemble pistons, turbines, and other machinery. 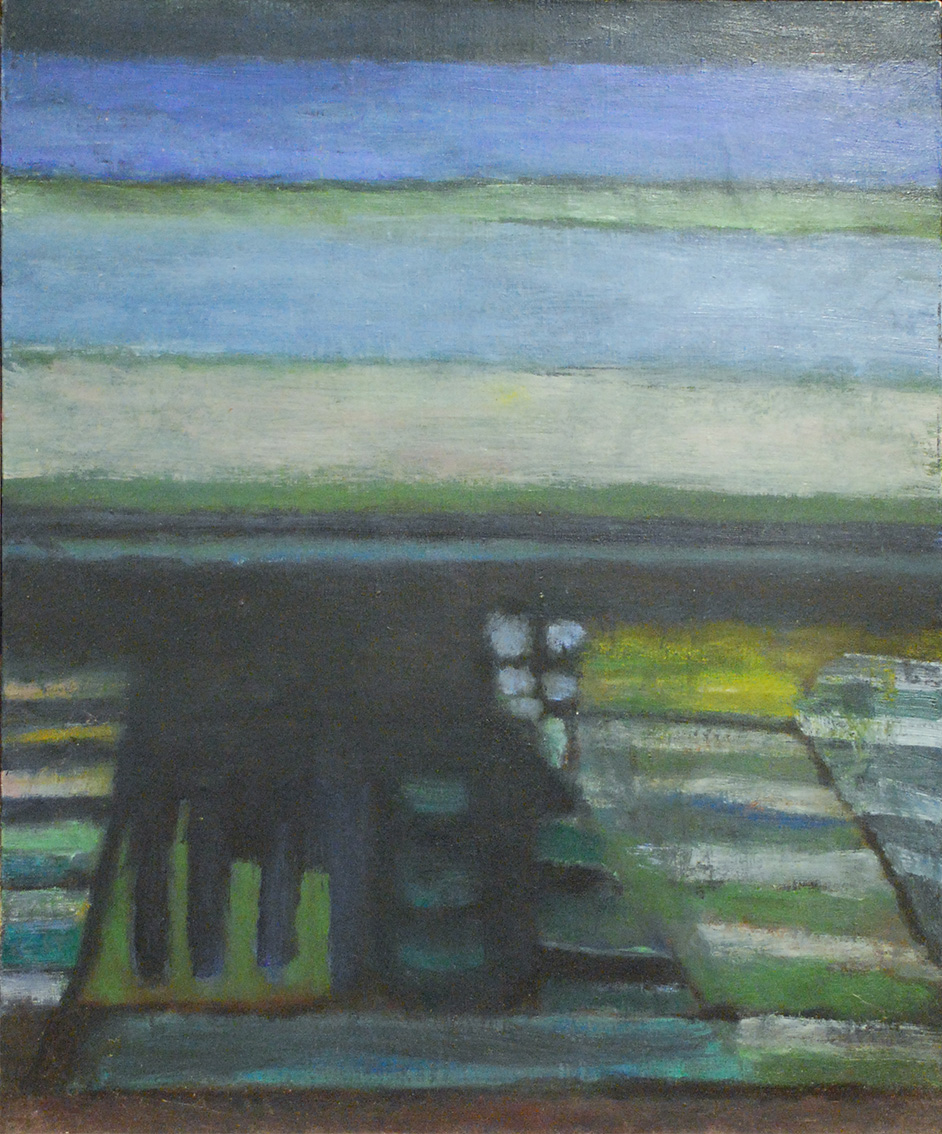 Courtesy of the Knoxville Museum of Art / Cathy and Mark Hill

Joanna Higgs Ross
(b. 1934)
Higgs Ross was the first female graduate of Ewing’s new art program at UT. She participated with the group while she was in graduate school and for a few years after, even though she had moved to Middle Tennessee. Like other Knoxville Seven painters, she favored landscapes; some leaned toward pure abstraction, like her triptych of the Smoky Mountains in the Knoxville Museum of Art atrium, but one of her most notable paintings in the show features Higgs Ross herself walking through a haunting, forbidding early morning field. 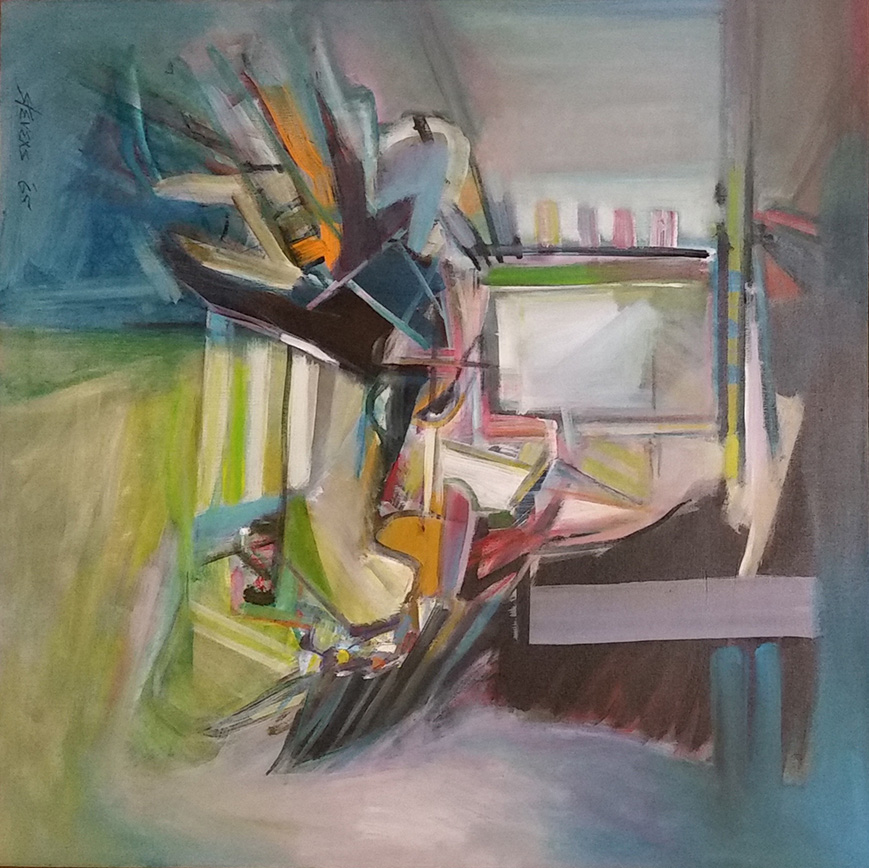 Walter Stevens
(1927-1980)
Stevens was the purest adherent of abstraction among the Knoxville Seven, but even he took inspiration from landscapes and architectural design. As his work developed, his interlocking slashes of color and shape became more ethereal and soft, but he maintained a distinctive compositional style. Stevens and Sublett both had summer homes in Maine. 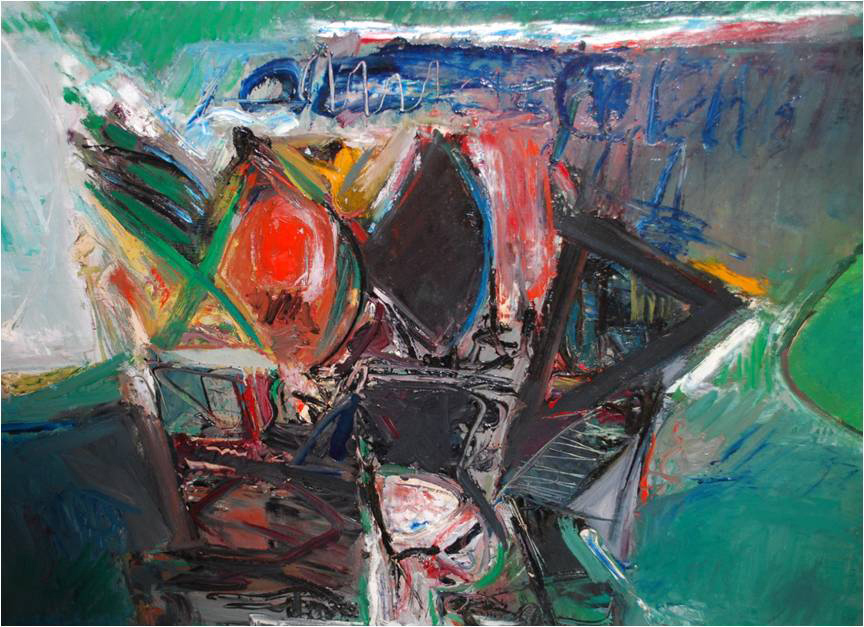 Courtesy of the Knoxville Museum of Art / Eric Sublett

Carl Sublett
(1919-2008)
Sublett worked as a commercial artist before joining the UT faculty, and his home on Lake Avenue was a frequent gathering spot for the group. He found inspiration in the rugged quarries of East Tennessee and the shorelines of Maine, where he spent the summers. His early paintings show a fascination with texture, with thick layers of paint and gestural brush strokes. Later in his career, he focused on watercolors.