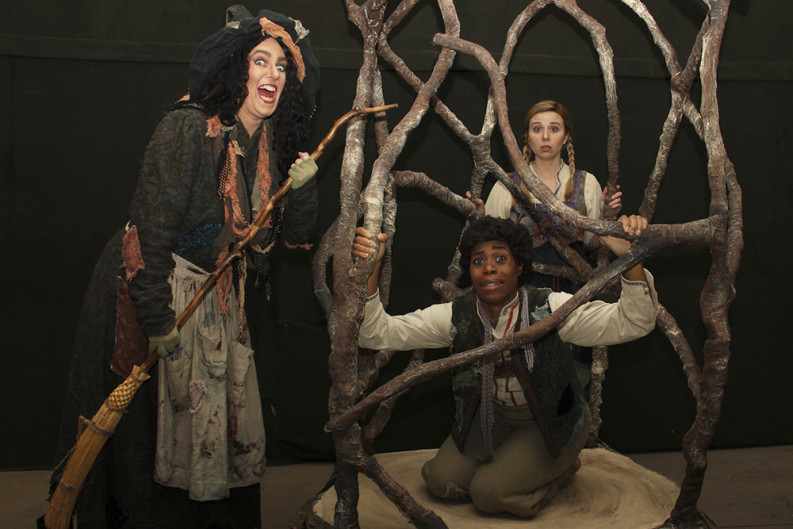 A modern story? Mom is at home, stressed out, worried silly about the family finances, while Dad is away on business. The kids—a boy and a girl—are supposed to be helping their frazzled mother with chores around the house, but resort to playing games when Mom isn’t looking. Mom catches them goofing off; in anger, she drops a dish and ruins dinner. Exasperated and on her last nerve, Mom sends the children outside on an errand, forgetting that a child predator lives nearby.

In this case, the story is not torn from the pages of the morning paper, but rather from the pages of a Brothers Grimm fairy tale. It’s the opening for the adaptation by Adelheid Wette, written for her brother, the German composer Engelbert Humperdinck, as the libretto for his opera Hansel and Gretel. The now classic opera will be presented by Knoxville Opera, in English, this weekend in two performances at the Tennessee Theatre.

Let’s get one thing out of the way: Our operatic Humperdinck is not the ’60s and ’70s British pop singer Arnold Dorsey, who took the name professionally to energize a flagging career. The genuine Humperdinck, born in 1854 in Siegburg, Germany, was pushed into studying architecture by his parents but eventually rebelled and pursued a music career. While on a scholarship, he met composer Richard Wagner, who invited him to Bayreuth and the Festspielhaus to assist in the score preparation for Parsifal.

Hansel and Gretel, Humperdinck’s first opera, grew from a few songs the composer wrote for his nieces, who liked to stage performances designed by their mother. Wette’s adapted fairy-tale story and Humperdinck’s songs proved so popular with family and friends that they began to expand it into a singspiel of 16 songs with cohesive dialogue that was first performed privately at a small theater in Frankfurt. Encouraged by the response, notably from composer Richard Strauss, Humperdinck created a full opera version with orchestration. Strauss himself conducted the first performance, in Weimar, two days before Christmas in 1893, thus creating a tradition of the work being a holiday favorite.

The opera proved extremely popular with turn-of-the-century German audiences, who were tiring of the current trend of Italian verismo opera and yearning for less realism. Strauss himself wrote, “Your opera has enchanted me. It is truly a masterpiece. I have not seen such an important work for a long time. I admire the abundance of melody, the finesse, the polyphonic richness of the orchestration.” And underscoring the apparent musical nationalistic fervor, Strauss declared it “original, new, and so authentically German.”

Although the effects of Humperdinck’s time working with Wagner are apparent in his music, the score is truly original and accessible, certainly one of the factors in its popularity. The “Evening Prayer,” sung by Hansel and Gretel as they are falling asleep, lost in the forest, as Act I ends, is arguably one of the most heart-tugging combinations of melody and orchestration in all of opera.

Knoxville Opera’s production of Hansel and Gretel is being directed by Candace Evans, who previously staged KO’s Romeo et Juliette in 2012. Evans echoes the story’s universality: “The opera itself is a very modern story, with family stress, economic woes, overwhelmed parents, children with little understanding of the realities of their parent’s stress and the stranger-danger that can await a bad decision. Evil, faith, and the true core of family love are ever-modern topics.”

That evil, as everyone knows from the fairy tale, comes in the form of a witch (sung by Katherine Lerner) who enchants and ensnares children with a house made entirely of sweets, subsequently fattening them up with the intention of eating them. The roles of Hansel and Gretel are traditionally sung by a mezzo-soprano in a pants role, and a soprano, respectively—in this KO production, they’ll be sung by Chrystal E. Williams and Lindsay Russell. The role of the children’s mother is being sung by Elizabeth Peterson, with their father sung by Scott Bearden. Bearden should be a familiar voice for Knoxville audiences, having sung Iago in Otello, Tonio in Pagliacci, and Jack Rance in La fanciulla del West for KO. The role of the Dew Fairy will be sung by Mia Pafumi, with the Sandman sung by Margaret Ramsey. Conducting the Knoxville Symphony Orchestra will be KO executive director, Brian Salesky.